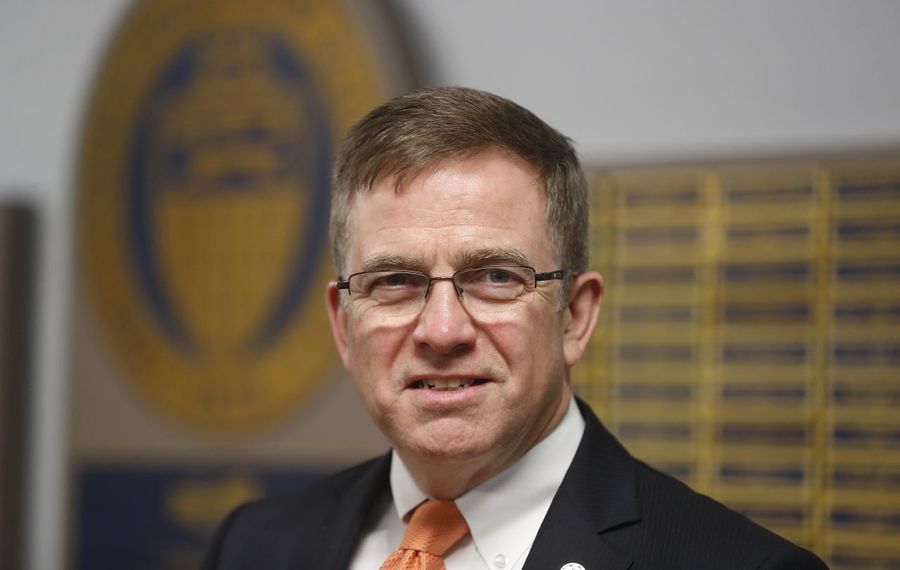 The Catholic Diocese of Buffalo should hire additional sex abuse investigators, make its review board more independent and disclose more information about a sex abuse scandal that has roiled Western New York Catholics for the past 17 months, a Catholic reform group said.

The Movement to Restore Trust, an ongoing effort of a group of lay Catholics urging improvements to the diocese’s handling of clergy sex abuse claims, recommended those key changes and others in a series of new reports slated for release today.

"These are put forward on behalf of the Movement to Restore Trust as specific recommendations, yes, but I think when we step back, we say this is a framework for discussion between the diocese and the Movement," said John J. Hurley, Canisius College president and a member of the Movement to Restore Trust. "Our organizing committee is in general agreement with the thrust of all of these things. The specifics are up for negotiation."

The reports are the work of about 150 people who met over four months in six groups to research best practices in areas such as transparency, accountability and greater involvement by women and laity in the church.

The detailed recommendations in those reports followed the release in March of nine broad recommendations for rebuilding trust in the diocese in the wake of the scandal that burst open in February 2018 when retired priest the Rev. Norbert F. Orsolits admitted in an interview with The News that he had molested “probably dozens” of boys decades ago.

The group said in its latest offering that the diocese needed to be more sensitive in dealing with victims of clergy sex abuse, including speeding up the process of investigating claims of abuse. It urged the hiring of two more full-time investigators or four part-time investigators as soon as possible to help relieve a “bottleneck” of cases that have yet to be presented to and resolved by the diocesan review board.

Investigations should be completed within 45 days of the receipt of a complaint, the group said.

One of the work groups also took aim at the operation of the review board, a panel of Catholics that advises the bishop on sex abuse cases and on whether priests or diocesan staff should be allowed to stay in ministry or continue employment following an abuse complaint.

The group noted that the participation of diocesan lawyers and staff in the deliberations of the review board gave “the appearance and perception that the process is not sufficiently independent and credible.”

The group recommended that the diocese’s lawyers and employees not be allowed to attend or participate in the board’s meetings and deliberations.

The Movement to Restore Trust suggested that it should pick four of the seven members of the review board, with the other three being appointed by the bishop. The group also recommended that the board be henceforth called the Independent Review Board and that it be required to meet with abuse victims if victims request to do so.

The group also said the diocese hasn’t done enough in revealing the scope, scale and depth of abuse here, and it encouraged the diocese to disclose more information on its website.

Malone acknowledged in November that 176 priests in the diocese were accused of abusing children, but he has publicly identified less than half of them.

The group specifically recommended a database that includes victims identified by number but not name; accused priests, again unnamed unless an allegation has been substantiated; the nature of the abuse, the date of occurrence, and whether the abuse was reported and to who it was reported.

The database also would have a description of the outcome of the allegation, including review board findings, reporting to authorities and any legal and canon law determinations; any consequences for the alleged perpetrator, as well as all locations where he was assigned and now resides; and an accounting of all payouts and counseling offered to the victims to date.

Several prominent local Catholics launched the Movement to Restore Trust Nov. 1 as an effort independent of the diocese and Malone, who has been heavily criticized over revelations of cover-ups of clergy sex abuse from decades ago that have led to $17.5 million in settlement payments to 106 childhood sex abuse victims, a civil investigation by the state Attorney General's Office and a federal probe including a subpoena of diocese records.

Malone since June has been holding a series of "listening sessions" throughout the diocese, in response to one of the MRT's earlier recommendations. The bishop also agreed to the MRT's recommendation to expand the Diocese Finance Council to have laity as a majority of members and a lay person as chair.

Hurley said he was encouraged by the bishop's response so far.

"To be honest, one of the challenges is just staffing in the diocese to address some of these things," said Hurley. "It's not from a lack of will or stonewalling or anything like that by the bishop. I think it's an enormous agenda that they're trying to manage with the day-to-day life of the church and all the commitment that that entails and then this enormous additional amount of work that is on the scene."