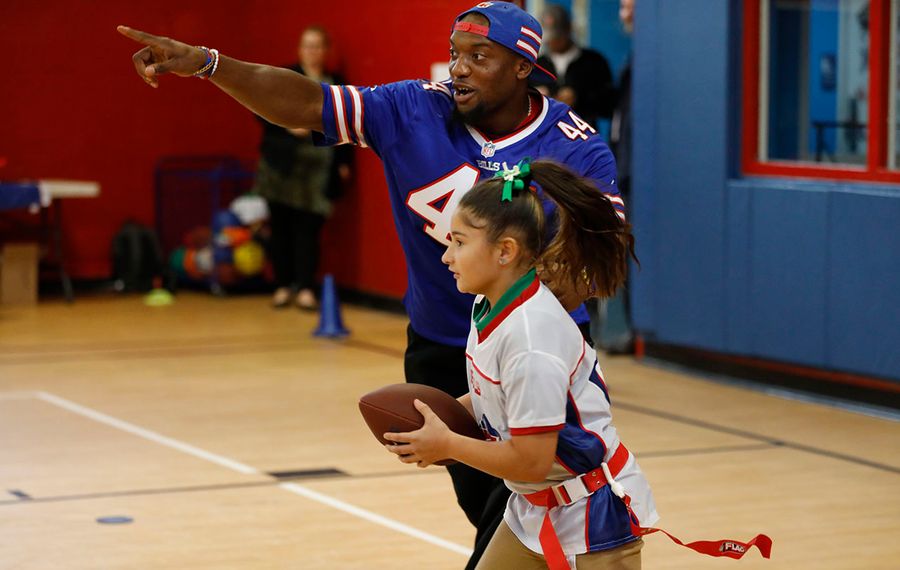 The region’s Boys & Girls Clubs, an after-school refuge for generations of kids, will usher in a new era Thursday with the announcement that two foundations will pour millions of dollars into stabilizing these community institutions to ensure they last long into the future.

The Ralph C. Wilson Jr. Foundation, along with KeyBank and the First Niagara Foundation, have awarded a total of $5.5 million to the Boys & Girls Clubs Collaborative of Western New York, a collection of 12 independently run clubs stretching from Jamestown to Buffalo to Rochester.

“I think it’s fundamentally the best opportunity any group of Boys & Girls Clubs in the country has ever had,” McDonough said.

Executive directors from the 12 area clubs have come up with a collaborative plan for the money.

First, a central office will be set up at the club on Babcock Street, where the announcement will be made Thursday afternoon. Funds will be used to hire a few key staff members to market and raise money for all of the region’s Boys & Girls Clubs. McDonough will split time as executive director for the collaborative and the clubs in Buffalo.

“What was happening was each of us was out asking the same people to support our programs,” McDonough said. “Funders were saying to us, ‘I’m getting 10 different requests for you and they’re all saying the same thing. If you can’t find a way to work more closely together, it’s going to be difficult for us to fund any of you.’ ”

Second, money will be disbursed to the clubs for them to spend on their most pressing needs.

“Every club is different and everyone is struggling in different ways,” McDonough said.

One club, for example, lost its lease and needs to secure a new building.

Another can’t afford to hire a program director.

Others have aging buildings that need repairs or a van to transport kids, McDonough said.

“This is going to lift everyone up and help the ones who are struggling financially get to a better place,” McDonough said. “It’s going to make a huge difference in the lives of the kids we serve and allow us to serve more kids because there’s a need.”

“This allows us to grow and come together under the same goals and objectives instead of being out there as all separate organizations, not only competing with each other but the nonprofit landscape in Western New York,” she said.

For generations, Boys & Girls Clubs have provided kids a safe environment where they’re supervised by adult role models, provided opportunities for recreation and given help with homework.

Collaboration among the local Boys & Girls Clubs was a key to getting the funding.

“It’s been inspiring to see the collective leadership of the Boys & Girls Clubs of Western New York Collaborative in action as the clubs' executive directors worked together to develop this shared vision that will help usher in a new era for the Boys & Girls Clubs in Western New York,” Jim Boyle, vice president of programs for the Wilson Foundation, said in a prepared statement. “We believe strengthening community is a team sport and we’re proud to join with other funders, such as KeyBank and the First Niagara Foundation, to support this collaborative work.”

Elizabeth Gurney, executive director of the KeyBank and First Niagara foundations, said the cooperative effort will help the Boys & Girls Clubs to “serve even more children with higher-quality programs and academic support services.”

“We believe there is no finer investment we can make than the future of our young people, and this innovative plan will provide opportunities for thousands of local children that will make a life-changing difference,” Gurney said in a prepared statement.