The Erie County Fair is known for teasing exotic foods to build a buzz for the 12-day festival, which runs from Aug. 7-18 at the Hamburg Fairgrounds.

Years ago, the mammoth deep-fried turkey legs – roughly the size of bowling pins – were the stunner, but more recently it's been concoctions such as deep-fried butter, a doughnut grilled cheese, a deep-fried pizza cone and kettle corn ice cream.

What the 20 new Erie County Fair foods lack in shock value, they compensate by being approachable and a little easier on fairgoers' arteries. The newcomers will be judged by culinary students and the media at the New Food Showdown, at 11 a.m. Aug. 8, but fairgoers will be able to vote for their favorite new food from Aug. 7-13 through the Erie County Fair app, with the winner announced Aug. 15.

Here's a deeper look at three of the new foods teased at the fair's press conference, with a list of five bites we'd be interested in tasting as well as some past winners.

You might not immediately put "the fair" and "sustainable practices" together, but the Renaissance Lodge simply tired of tossing unused parts of the potato.

"Our bread and butter is curly Q fries, and when we push that potato through the cutter, there's always a hunk of the potato left over that we ended up throwing out," explained Brian Singer, who manages the Masonic lodge's fair booth. "To cut down on waste, we put them off to the side, cooked them up and added some delicious cheese and bacon, or sour cream to them."

Enter the new Potato Butts – not a term you should Google, by the way – which are deep-fried potato slices crispy enough for a crunch but soft enough where they're far from chips. Eat them quickly.

Singer detailed how fair proceeds from Renaissance Lodge, in its 20th year at the fairgrounds, benefit the Masons' youth scholarships and other charitable efforts, but he couldn't help but pump up his potato once again.

"They are extremely tasty and habit-forming," he concluded. 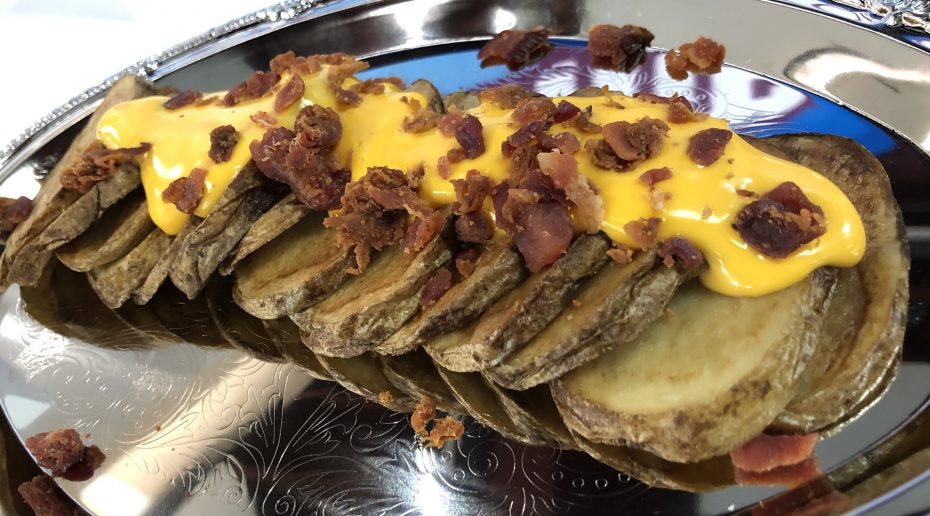 Not Your Mother's PB&J from the new Cheesecake Guy trailer 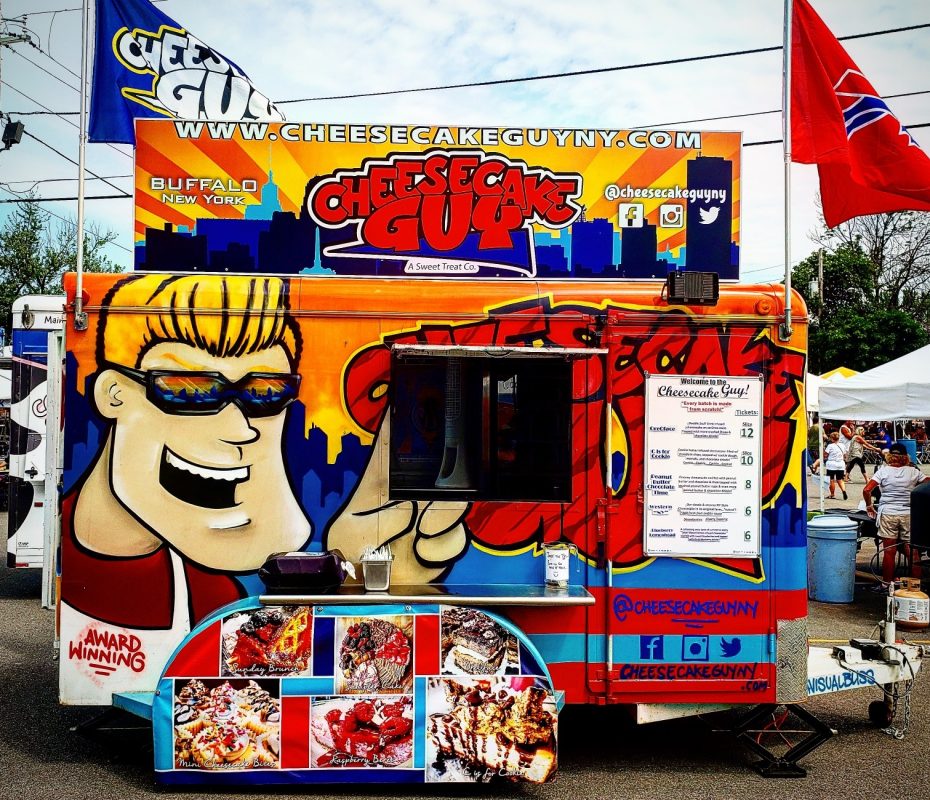 For those who attended the Taste of Buffalo the last two years, the Not Your Mother's PB&J Cheesecake – served with potato chips! – might ring familiar. The decadent and colorful dessert is a play off the classic sandwich, but works in loganberry jelly for a subtle-but-noticeable flavor twist to an otherwise sweet peanut butter cheesecake.

Surprised to see a food truck on the list? Buffalo's mobile dining fleet has been traditionally denied access to the Erie County Fair, but that didn't stop Cheesecake Guy owner Matthew Schelter, who assembled an eye-catching trailer to meet the festival's standards.

At 18 feet long, nine feet wide and 12 feet high, it's roughly the same size of the original truck, but the cooler is three times as big. 2019 will mark the Cheesecake Guy's fair debut.

The trailer's graffiti art – done by Brooklyn-based wizard Downer Jones, who also designed the truck – is eye-catching and meaningful; the character giving the peace sign delivers the traditional meaning, but also represents the brand's second vessel.

Given Schelter's momentum sparked by last year's Taste of Buffalo, presence at Food Truck Tuesday and avid social media, the owner is considering expanding with more trucks outside of Buffalo, with potential – eventually – for a brick-and-mortar presence here.

[Related: Learn about the Cheesecake Guy from the 2018 Food Truck Guide] 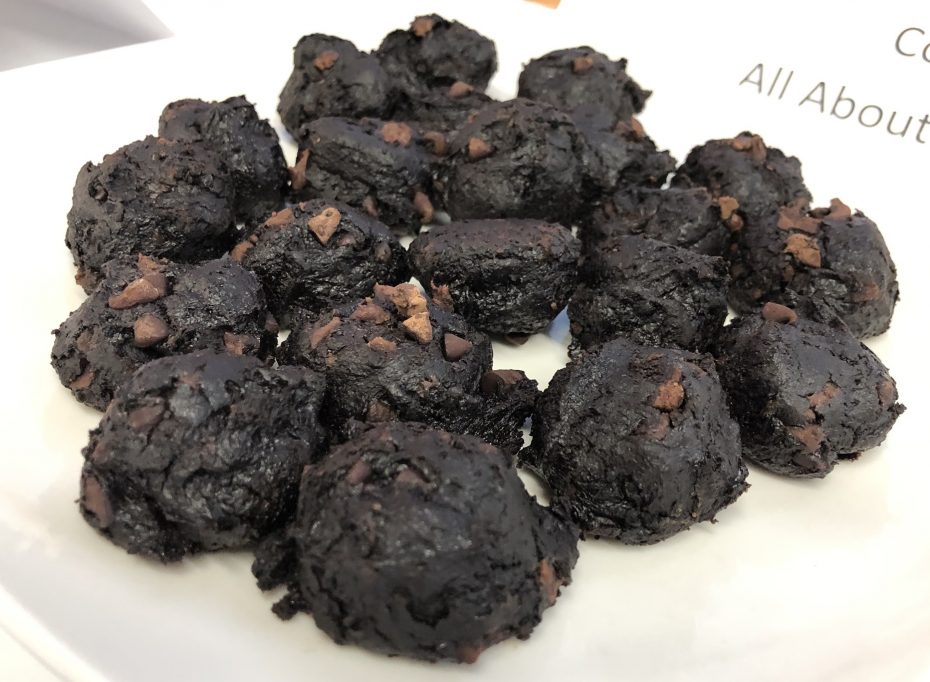 Shannon Dehn has helped run the birch beer stands at the Erie County Fair for 26 years, but baking has always been the full-time engineer's passion. While she doesn't have a brick-and-mortar restaurant, Dehn established the Cookie Barn – a fair-only vendor – to bake fresh cookies on site.

Her avocado double chocolate variety, considered an Independent Health healthy option, might be risky for some, but there are enough avocado adherents out there where this dessert could thrive.

"It's a harder sell for a lot of people, but a lot of people really enjoyed it once they finally tasted," Dehn said. "I had a young girl who taste-tested them and ate like six or eight of them in one sitting, so it was a big winner for her, and that made me happy."

How could avocados work in a dessert? To Dehn, it makes plenty of sense.

"Avocado is a great substitute for butter and oil, so when I was looking for a recipe, it caught my eye because avocados are so popular right now, and I personally love them," she explained. "I knew it would be a mild taste [for] the cookie, and adding the chocolate masks the effect of the avocado. You still get that sweetness and chocolate-y taste."

• Brisket nachos by Dre's Place BBQ: Brisket chopped and served on nacho chips, with cheese and signature sauce drizzled on top (spice it up with jalapeno peppers).

Winners of Best New Food at the fair from previous years: