It was the day Errington Renaud Jr. had been looking forward to for months, the start of a weeklong vacation in the Adirondacks with his girlfriend and her family.

With the 22-year-old from Buffalo, his girlfriend and her sister in one car and her parents in another, they left Buffalo Saturday morning and headed for the mountains.

But near Oneida, on the New York State Thruway, a westbound Kia Optima going about 80 mph with state police in pursuit suddenly veered into the eastbound lanes, hitting the driver's side of the car occupied by Renaud, his girlfriend and her sister.

The driver, 33-year-old Tyron Hooks-Harris of Binghamton, was suicidal and driving while intoxicated, according to police. He stole the car from a Binghamton home that morning around 11 a.m. and had been leading state troopers on a car chase for over two hours.

After the two cars spun out onto the shoulder of the highway, Hooks-Harris exited his car with a knife, opened the rear passenger door where Renaud was sitting and began slashing him wildly, opening five cuts across his body, Renaud said. His girlfriend and her sister, who was driving the car, screamed from the front seat.

"I thought there was a chance I could die," Renaud said. "I just remember the knife coming so close to my chest. At first when he [attacked me] I was grabbing his arm and then I started kicking him in the face. I remember thinking, 'I can't let him kill anybody.' It was very scary, and right after I was just crying."

The attack only lasted about 30 seconds, Renaud said.

Troopers arrived at the crash moments later, drew their guns and tackled Hooks-Harris.

After his attacker was taken away, the incident seemed like a blur. Renaud found it impossible to fathom what had just happened inside the black GMC Terrain.

"I didn't realize when the airbags were deployed, the doors were unlocked," Renaud said. "Literally it was four seconds before our car stopping and him running and opening the door. He opens the door really fast and starts stabbing at me. He looked like a demon, a monster ... he didn't say any words at all. Just grunting noises. He just looked like pure evil. Straight murderous."

But the attack could have been a lot worse. Renaud said he considers himself lucky that he survived the knife attack and that he had the strength to fight Hooks-Harris off until police showed up. If his girlfriend's parents had also been in the car, or if one of the sisters was sitting in the back seat, he said the outcome could have been much worse.

"We had made a pit stop and I asked [my girlfriend] if I could sit in the front seat, but thank God I didn't sit in the front seat because if that guy opened the door, who knows?" Renaud said. "He was stabbing really hard, [she] might not have been able to deflect his – he probably would have just stabbed her and killed her."

Renaud and the women, who requested anonymity, spent the first night of their vacation being treated at Oneida Healthcare. Renaud's cuts were glued back together – the worst, a 7-inch incision on his right leg – while his girlfriend and her sister received CT scans. 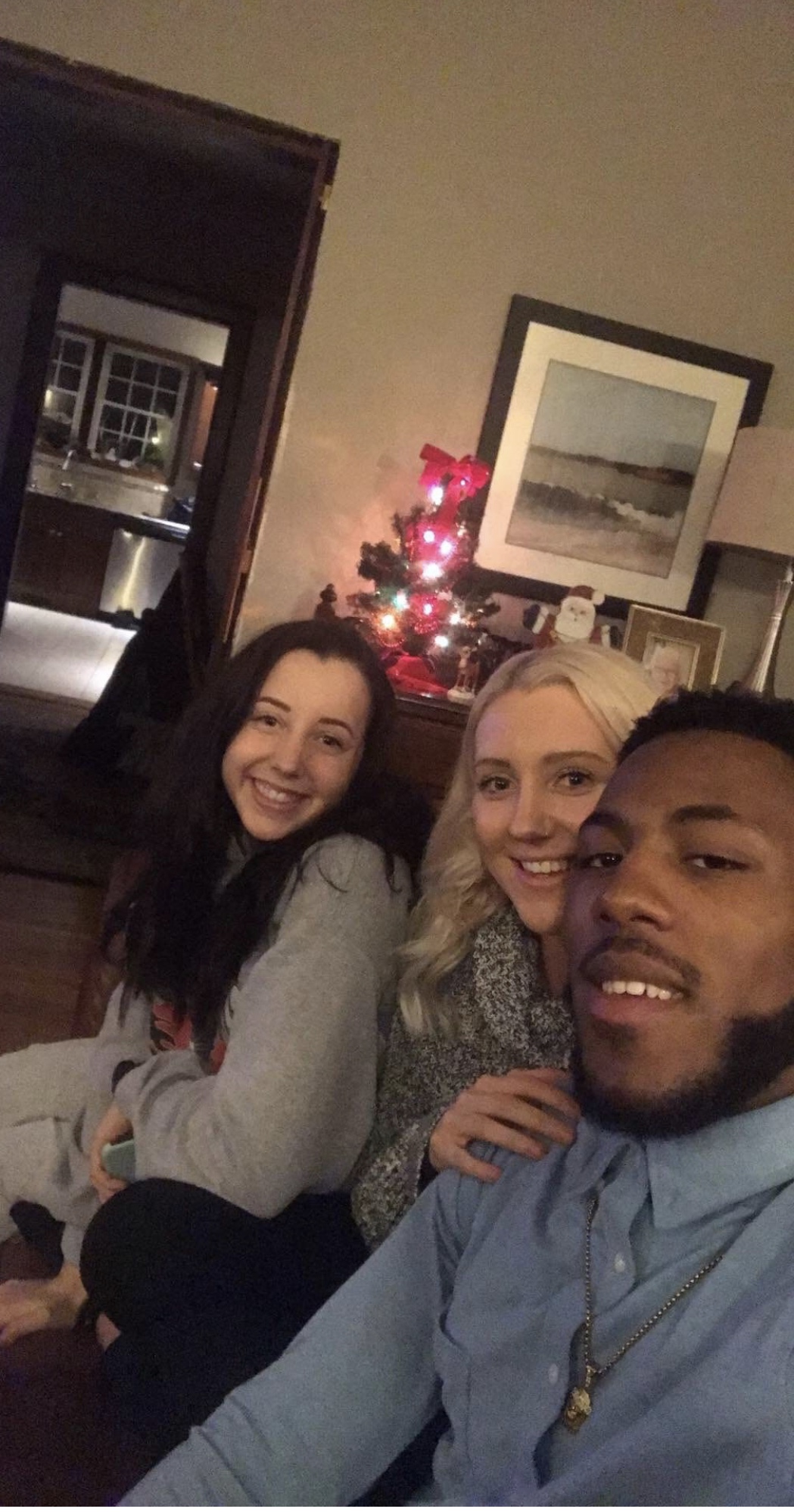 Though the family is finally relaxing at their cabin, the incident derailed most of their vacation.

They had planned to spend their time whitewater rafting, climbing some of the park's tallest peaks and boating around the lake in front of the cabin they had rented, among other activities.

Instead, Renaud said he's been having trouble sleeping; nightmares frequently wake him up in the middle of the night. All three of them have back pain, while his girlfriend's sister is suffering frequent panic attacks.

Renaud said the family has mainly stayed in the cabin to enjoy the scenery, although they did take a cable car to the top of the high peaks region and a trip to a local mall.

Renaud, who is studying criminal justice at SUNY Buffalo State and will graduate next spring, said he wants to be a police officer and already took the Buffalo Police Department's exam last month. He's looking forward to better health and returning to Buffalo to spend time with his family and friends.

New York State Police spokesperson Jack L. Keller said police first learned about Hooks-Harris after he stopped at a convenience store in Rome, N.Y., and a shopper overheard him talking about suicide.

Police dispatched a "Be on the Lookout" warning and eventually saw his vehicle on the Thruway, which started the police chase.

While recovering, Renaud has questioned what set Hooks-Harris off. He said he'll never understand what drove him to attempt to kill him and the other passengers.

"If I could tell him one thing ... I don't have any forgiveness toward him," Renaud said. "He could have really killed us and [could have] killed a bunch of other people on the Thruway. He put a lot of people in danger. ... I hope he gets what he deserves."