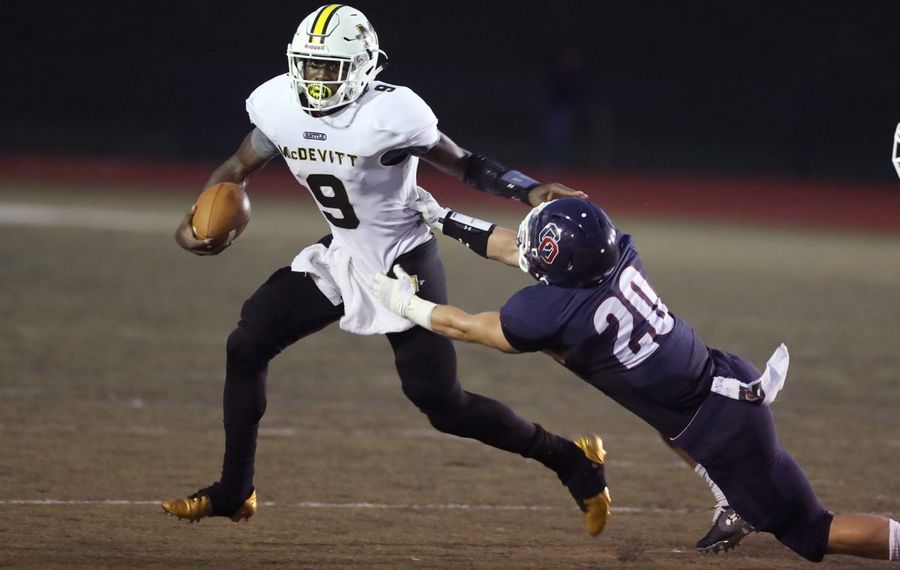 As the University at Buffalo football team prepares for the 2019 season, the coaching staff is already assembling its 2020 recruiting class. UB has eight commitments heading into the Mid-American Conference football media day Tuesday at Ford Field in Detroit.

Here's a look at the recruits, whose commitments are nonbinding until they sign national letters of intent, either in December or in February.

Worth noting: Blair will bring speed to the backfield; he's been timed in the 40-yard dash in the 4.4-4.5 range, and 247Sports ranks him as a three-star recruit.

Worth noting: Borland was also recruited by college football programs as a defensive end, but will join the Bulls as a tight end. Borland's older brother, Tuf, is a junior linebacker at Ohio State, and his uncle, Brian, is UB's defensive coordinator.

Worth noting: Case is a pro-style quarterback who picked UB over Fordham and Stetson. Case threw for 1,235 yards and 18 touchdowns and was intercepted eight times in 11 games in 2018.

Worth noting: Doiron is the first Canadian recruit to join the Bulls' 2020 class, and is ranked by CanadaFootballChat.com as one of Canada's top 100 prospects. Doiron will need to put on weight to play at the college level.

Worth noting: Johnson-Maith was UB's first commit in its 2020 recruiting class. 247Sports ranks Johnson-Maith as a three-star recruit and the No. 89 weak-side defensive end in the nation. Like Dorion, Johnson-Maith will focus on putting on weight in preparation to play college football.

Worth noting: Todd is a versatile offensive lineman who played for the USA Football Under-16 team in the 2016 International Bowl. Originally from Berlin, Md., he transferred to the Peddie School before the 2018 season, and reclassified as a 2020 recruit.