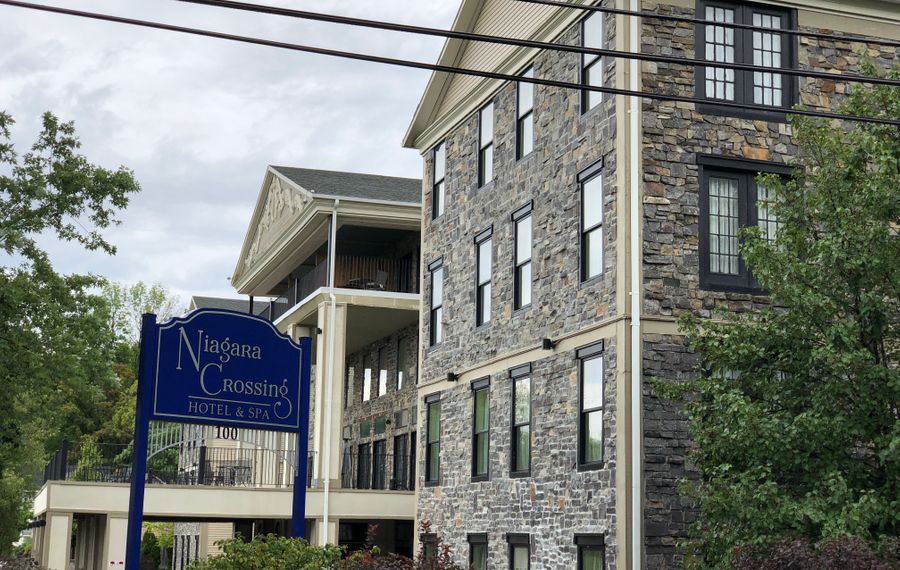 An affiliate of Jayesh Patel's Rudra Management has acquired a 68-room Lewiston hotel from a New York City investment bank.

Located at 100 Center St. in Lewiston, the four-story Niagara Crossing is the only full-service hotel in Lewiston, with a spa and nearly 6,000 square feet of banquet space overlooking the lower Niagara River. Guest rooms include fireplaces and flat-screen TVs, with some also including spa-style soaking tubs and dramatic views.

"This hotel has been neglected or went through many troubles, but we are confident to turn this around as a great hotel in this community," Patel said.

Formerly called the Barton Hill Hotel & Spa, the 66,000-square-foot hotel was built in 2008 and caters to events at Artpark, local social functions and business events, as well as tourists visiting Niagara Falls.

The hotel originally had 76 guest rooms, several reception rooms and a restaurant, and each guest room had a fireplace, travertine or marble tiles and other upscale features, according to a previous listing on commercial real estate website Loopnet.com.

According to the hotel's website, its grounds were used as the launching point for the U.S. invasion of Canada during the War of 1812.

The company also previously purchased the former Terrapin Hotel in downtown Niagara Falls, renovated it and reopened it as the Kalika Hotel, with the La Cucina Italian Restaurant.