More than five years ago, the Village of Wilson lost its only bank branch, when First Niagara Bank closed a location.

It's a familiar story in many rural communities, as banks around the country shrink their branch networks. But Wilson believes its fortunes are about to change, with the Bank of Akron planning to open a branch there.

"I think it's going to help both our small businesses and our residents," said Mayor Arthur Lawson. "I believe it's going to be the first step in regrowing our rural area. It's a huge opportunity for the Village of Wilson and the Bank of Akron."

The bank plans to open a branch at 638 Lake St. in Wilson, formerly the home of a retail store that sold olive oil. Bank officials hope to open the location early in the fourth quarter.

Branch closings are happening all over the country. S&P Global Market Intelligence reported a record-high 1,947 net bank branch closings across the country last year. The closings are felt more acutely in places like Wilson, where banking alternatives are either nonexistent or are several miles away.

Bank of America closed a branch in Lewiston last fall, although the village does have branches run by other banks. Youngstown lost its only branch in June 2018, when KeyBank closed a location. Cattaraugus County Bank shut a branch in Franklinville about a year ago. 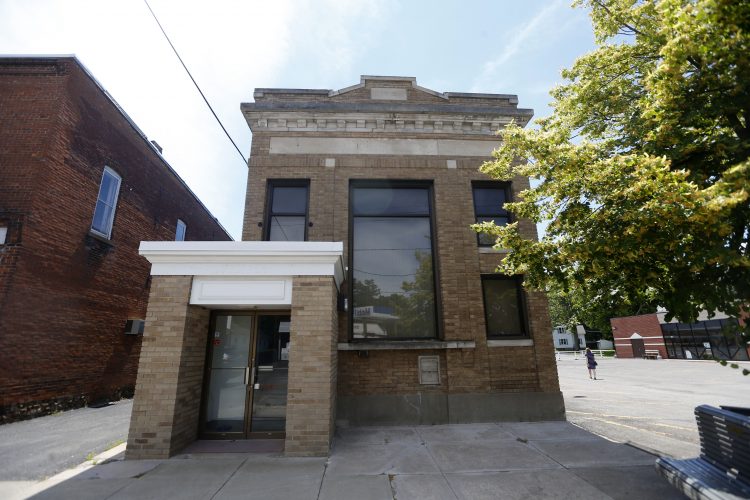 Wilson has not had a bank branch since First Niagara closed at 264 Young St. in 2014. (Mark Mulville/Buffalo News)

That's been challenging for the village's business owners and residents, including senior citizens, Lawson said. "In a rural area, we're driving eight to 10 miles for a bank."

The village makes its own deposits in Lockport. "Basically, we've lost one of our employees for half a day," Lawson said.

As of June 2018, Niagara County had 36 bank branches, down from 46 a decade earlier. Bucking the trend, Bank on Buffalo last year opened a temporary branch in Wheatfield, which the bank will replace later this year with a permanent branch under construction in Niagara Falls.

Banks that have trimmed their branch networks cite the cost pressures that come with maintaining brick-and-mortar locations, as more and more transactions go digital. While banks say branches remain an important part of their business model, they are also being selective about which locations they continue to operate.

Wilson Town Supervisor Doyle Phillips and Town Clerk Diane Muscoreil have been working for four years to try and bring another bank to their town. They were in contact with a number of other banks, but Phillips said none of them would commit to a full-service branch. "As far as I'm concerned, it's a must for a community to have a bank," Phillips said.

The lack of a branch is felt on a number of fronts, he said. Residents have to travel farther to go into a branch. Wilson has a number of businesses, including restaurants, wineries and a brewery, that count on having a financial institution close at hand, Phillips said. The same goes for boaters who dock in Wilson during the summer months. The grocery store has acted as an unofficial change depot, providing other businesses with change and single dollar bills.

Phillips and Lawson both see the Bank of Akron as an ideal fit for Wilson. For one, they see the communities of Akron and Wilson as similar to each other. And the Bank of Akron itself has been around for more than a century, with the Forrestel family acting as the guiding force for much of its history.

Phillips said he is pleased it's a smaller bank like the Bank of Akron, rather than a big institution, that plans to bring a branch back to Wilson. "It's not a large conglomerate you're dealing with," he said. "It's a very personable branch."

For the Bank of Akron, the creation of a banking development district by the state Department of Financial Services would strengthen its plans for a Niagara County branch. The districts are designed to give banks an incentive to expand into areas underserved by financial institutions.

A bank applying for a banking development district "must demonstrate not only that the community is in serious need of banking services, but also that this need is not being met by existing nearby financial institutions," according to the Department of Financial Services.

Banks approved for a district are eligible to receive $25 million in market rate deposits from the state for the branch, and up to $10 million in subsidized deposits.

"It can be a better pretty attractive deal for a bank, especially a bank like us who's trying to grow," said Anthony Delmonte Jr., the Bank of Akron's president and CEO. 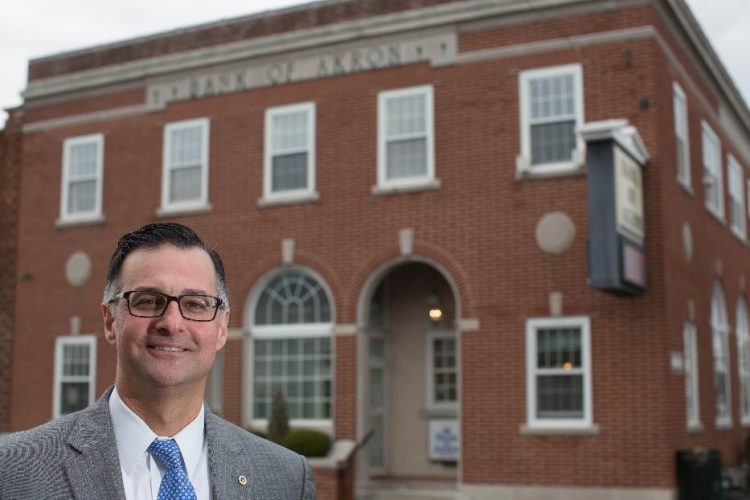 The Department of Financial Services said it does not comment on pending applications for banking development districts. The last time the Buffalo Niagara region was approved for banking development districts was 2006, when two of them were approved, according to the Department of Financial Services website.

The Bank of Akron said regulators are reviewing its application for a banking development district and expects to receive an update within a few weeks.

Aside from getting the banking development district approved, the Bank of Akron would need regulators' approval to open the branch itself. But the bank is prepared to act swiftly once it gets the green light.

All of the Bank of Akron's current locations are in Erie County. Before the idea for branching out to Niagara County came up, the bank was focused on adding a branch in Amherst. The bank has "zeroed in" on a location for Amherst, but doesn't intend to follow through on plans for that location until next year, Delmonte said.

In Wilson, residents can't wait for the new branch to debut, Lawson said. "People are already trying to open up accounts."

"I know our residents are going to reward this immensely," he said.