I walked into Canalside on Thursday expecting an enjoyable nostalgia trip co-headlined by a pair of the finest English bands of the 1980s/early '90s alternative rock era. I left having had what felt an awful lot like a religious experience.

That religious experience was delivered by james, the often daring, deeply melodic Manchester-born band best known to American audiences as the group responsible for the infectiously risqué 1993 hit “Laid,” from the album of the same name.

James has not performed in our region for more than 20 years, during which time the group took a brief hiatus, then reformed with its strongest lineup and started delivering a string of brilliantly in-the-moment albums, the latest of which, “Living in Extraordinary Times,” numbers among the finest of its career.

I’m not sure what people, myself included, might have been expecting from james after all this time, but what we all got on this thick, steamily sunlit early evening was one of the most striking performances ever to grace the Canalside stage. 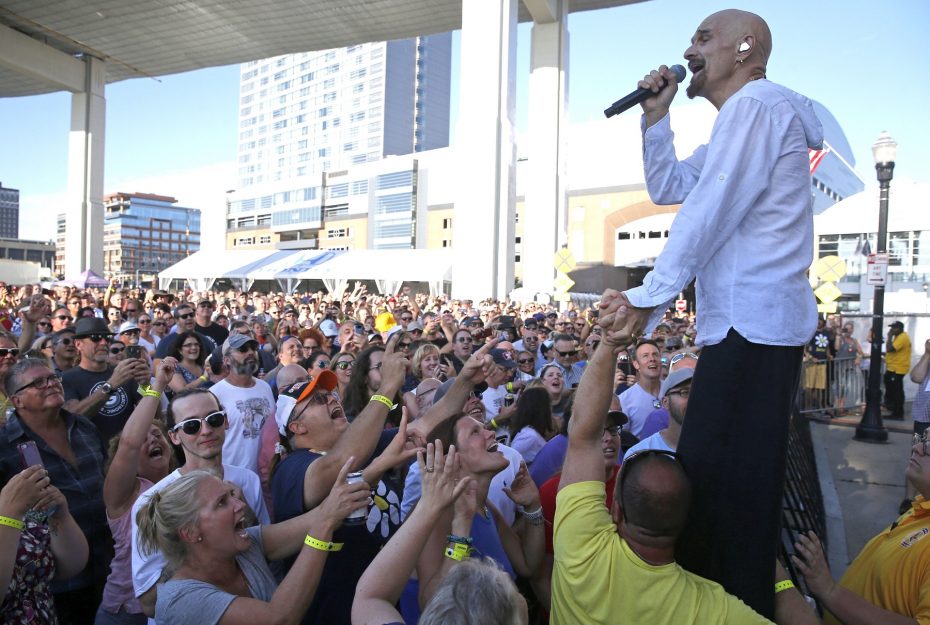 Singer Tim Booth arrived on the boards looking a bit like an ascetic monk/rock star hybrid. He spent the next hour-plus acting as a shaman, taking us all to a church where tough questions were asked, real answers were sought, and, at times, true transcendence was attained.

“Hank” announced itself via an ominous, strident strut, atop which Booth summoned a serpentine melody with lyrics summoning a bleak modern landscape: “This crackhead’s tiny fingers/accusing you of what he’ll do/White fascists in the White House/More beetroot in your Russian stew.”

The band’s collective sound was impressively thick and immersive, but Booth – delivering a new song most likely unfamiliar to the majority of the crowd – came through loud and clear. “Now you can tell me to go back where I came from, Buffalo,” he said, as the song ended.

This incredibly dramatic entrance might have suggested ill portent, but Booth spent most of the rest of the show intimating that he and the band were more about healing than pouring salt in open wounds. By the time the band eased its way into the “Laid” gem “Say Something,” a tune bathed in yearning and a desire to communicate across borders, Booth had hopped off the stage, sauntered through the pit area, and entered the crowd, held aloft by fans as he sang the tune’s indelible refrain like a clarion call. Goosebump time.

Much of the set concentrated on new material, which was passionately delivered and exuberantly received by most of the crowd. (There’s always someone at a show who takes it upon themselves to yell, “Enough with the new album, play the old stuff,” and that dude happened to be right near me, though he appeared to be expressing a minority opinion.)

One of the more poignant moments in a show well-stocked with them came during “Many Faces,” the chorus of which – “There’s only one human race/Many faces/Everybody belongs here” – became a song-ending singalong. Hearing these words ringing out across the waterfront in Buffalo, a city of immigrants, was incredibly moving. 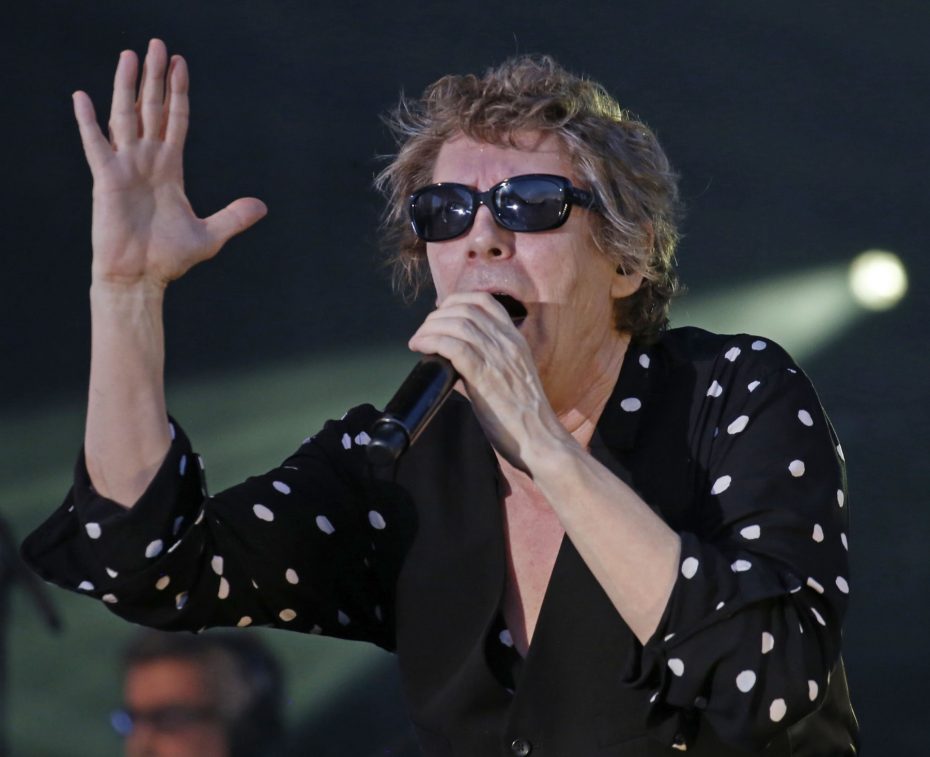 Just as moving was final encore “Sometimes,” an anthemic piece that is more spiritual paean than pop song. “Sometimes/When I look deep in your eyes/I swear I can see your soul,” Booth sang. And we knew exactly what he meant.

To be brutally honest, there was not much left for the Psychedelic Furs to do, following james’ set. But the band – particularly singer Richard Butler and saxophonist Mars Williams, who absolutely slayed it throughout – seemed to perhaps have been inspired by the high bar set by their predecessors.

The Furs are no strangers to Buffalo audiences – they stop here pretty much every time they’re on tour – but the Canalside show was the most energetic and darkly magical of the dozen-plus I’ve seen over the years.

[Related: The Furs perform in sold-out Town Ballroom | Smiles at the show]

The most rabid response from the crowd was reserved - naturally, I suppose - for its biggest hit, "Pretty in Pink," from the soundtrack to the 1986 film of the same name. The tune has become synonymous with 80s alt-pop for folks of a certain age, and it does offer an interesting distillation of Butler and company's gifts.

But the Furs are at their best when they marry a thick psychedelia to their post-punk and alternative pop leanings, and the Canalside set – with highlights “Love My Way,” “Mr. Jones,” “The Ghost in You,” “Heaven,” “President Gas,” “The Boy That Invented Rock ‘n’ Roll” and “Sleep Comes Down” – favored that side of the band’s oeuvre. It's in this area that the band's deft marriage of influences - David Bowie, obviously, and the Velvet Underground, but also the art-rock of Roxy Music and the edgy, gloomy theatricality of new wave progenitors like Television and the grimy post-punk of the Fall - combine to form a hypnotic wall of sound. Encore "India" distilled the band's approach, and offered a fitting finale to a hypnotic set.

I feel like hopping in my car and following this tour as it makes its way across the country. And I haven’t been able to say that in a good long while.

The Psychedelic Furs and james