As M&T Bank staffs up for its planned tech hub, it has launched a program to train new recruits in that field.

M&T has begun the first class of its "technology development program," similar to other programs at the bank that give select new employees a wide-ranging view of operations. About 50 college graduates are in the inaugural class, which began this week, said Darren King, the bank's chief financial officer.

The new hires are part of M&T's broader, ambitious goal of hiring 1,000 "technologists" over the next three to five years, with the Seneca One tower serving as M&T's tech hub. Some new hires might be contractors currently working for the bank, who will be converted to permanent employees. Others will be brand new to M&T.

King told analysts on a Thursday conference call that the bank is working to reduce its use of consultants and contractors, in favor of using more permanent tech employees. The bank pays a premium for contractors and consultants, and there's always a risk those workers will go elsewhere, given their temporary connection.

"As technology becomes a bigger part of banking, you want to control that resource, and not have it walk out the door and into someone else's operations the next day because they're an outside contractor," King said.

M&T during the second quarter reported spending $456 million on salaries and employees and benefits. That was up 9% from a year earlier, but down 9% from the first quarter of this year.

King likened M&T to the anchor tenant in a mall at the planned tech hub at Seneca One. The expectation is that other tech companies will join M&T at the tower with their own operations, he said. 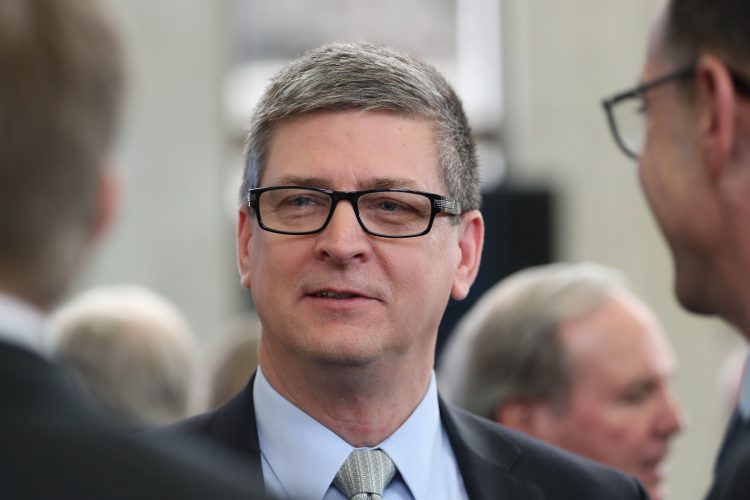 There were concerns in the community that M&T's tech hub will soak up other companies' tech talent, King said.

"That's not our intention," he said. "That's why we did what we did, and why we're in that specific location, where there's room to expand and others are coming along."

The bank in the second quarter reported profits of $473 million, down 4% from $493 million a year ago. A major factor in the drop was a $48 million write-down of the bank's investment in an asset manager, which M&T picked up through its acquisition of Wilmington Trust in 2011. M&T this month agreed to sell its investment in the asset manager.

The earnings, which equaled $3.34 per share, were well behind the $3.70 per share that analysts were expecting, pushing M&T's stock down by 4% in early afternoon trading.