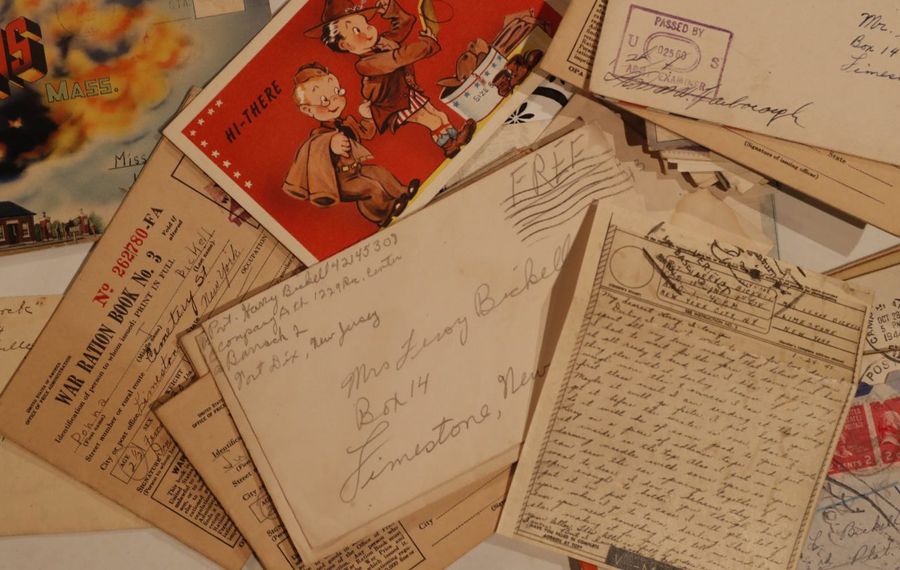 Diana Almeter Jones is in the midst of a once-in-a-lifetime experience and is pretty darn happy about it. Having a play in an international arts gathering in Scotland next month is only part of it.

"Forget Me Not," a play Jones wrote about her mother's family, is on the program for eight performances at the Edinburgh Festival Fringe, which is awesome. Also awesome: Performing the play for local audiences before heading across the Atlantic. "Forget Me Not" will be presented at the Andrews Theatre (home to Irish Classical Theatre Company) on July 25 and 26 as part of Buffalo's own Infringement Festival 2019.

None of this happened easily. For Jones, a longtime designer in local theater who also has worked in the art department of four feature films, this play is the culmination of seven years of blood, sweat and tears. It reopened a sad chapter of her family's history, when one man was lost to war and his family was left to pick up the pieces, and it changed how she thought about her family and herself.

That wasn't her original goal. At first, Jones just was looking for an interesting way to complete her final project for an Intro to Theatre course at SUNY Buffalo State. Jones said they were assigned to write a 10-minute play, "and we were told to pick something we were passionate about."

That gave her an idea. Not long before then, when her son needed information for a high school project, she had dug out a box of old letters that her grandmother and other relatives had written during World War II. Some of the letters were quite well written, she recalled, so she decided to see if there was enough material for her 10-minute piece.

There was. She called her script "War Letters: A Short and True Play," and basically wrote it by having characters read adapted versions of the real letters. 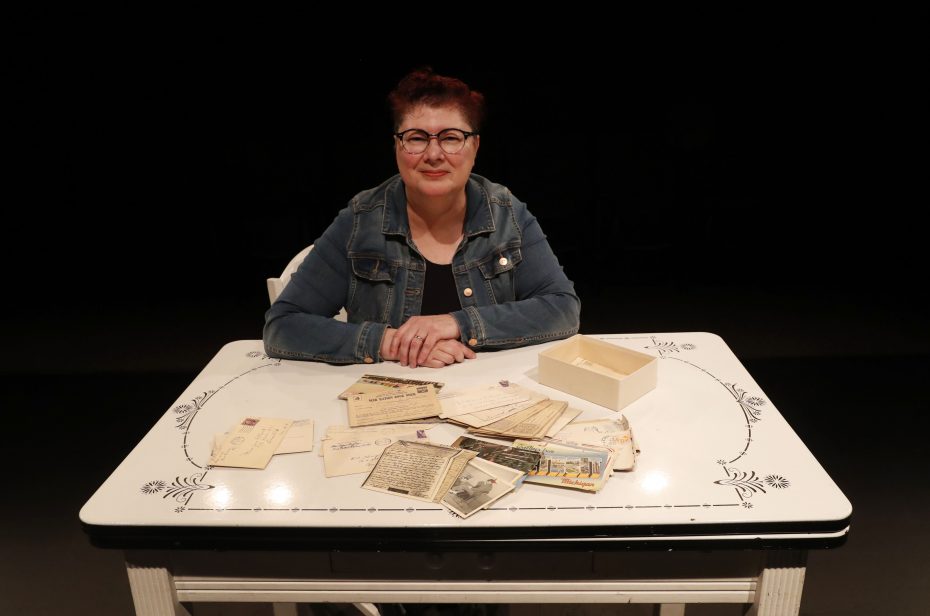 Diane Almeter Jones sits at her grandmother's enamel top table with some of the original letters her grandmother wrote to her grandfather.  Those letters are the basis of her play "Forget Me Not." (Sharon Cantillon/Buffalo News)

"It was Theater 101," Jones said. The play got her through the course, but it also ignited her interest in the box of old letters that the man she called her grandpa had kept safely stored in a drawer.

The original play told the story in brief, as it was told in the wartime letters: Two brothers from the Southern Tier went into the service in World War II. One of them, Harry, was married to June and had two little girls. (One of those girls would grow up to become Jones's mother.) Harry's brother, Francis, was single.

In their letters, the family members showed their softer, caring sides, Jones said, while in person they were much more gruff and stoic. That stoicism is what came forward in January 1945, when the telegram arrived for June informing her that her husband had been killed in Belgium. It would be two more years before his body would come home for burial.

June would remarry; her second husband was Francis, and he would help raise his brother's children and become Grandpa to their kids. From the children's perspective, it worked.

"I've always been amazed at how kind and soft my grandmother always was," Jones said. "She wasn't overly effusive. The play is really about her resilience."

Realizing that more could be done with her class project, Jones got the support of the Emanuel Fried New Play Workshop and Road Less Traveled Productions and continued to develop and expand the play.

"It was a very slow evolution," Jones said. As it developed, the story expanded from 10 minutes to two acts, then back to one act, as it focused more tightly on June's story and took on more dreamlike qualities.

"Eventually," Jones said, "I realized that I'm the one telling the story. It became surrealistic, more absurd, and more about my life."

As it progressed, the play had several public readings and finally was performed at the Kavinoky Theatre for one weekend in June 2018. Jones was a little nervous about how her family would react, but it went well.

"My Dad was stunned at how (the actress) was able to speak like and capture my grandmother. She was just like her," Jones said. "On the flip side, I never knew my grandfather but Zach Bellus (who played Harry) brings him to life for me. There are moments that can really hit me hard." 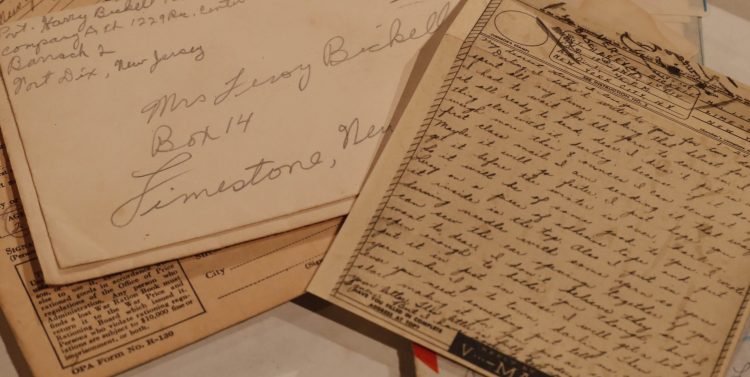 A close-up of some of the correspondence between the grandparents of Diane Almeter Jones, who turned those letters into her play "Forget Me Not." (Sharon Cantillon/Buffalo News)

Along with her relatives, Jones credits her theater family with helping her take "Forget Me Not" from page to stage. Her colleagues at Kavinoky provided access to the theater for her production after last year's season ended, and it was Kristen Tripp Kelley, who directed that show, who suggested Jones take it to the Fringe Festival.

Kelley also teaches at Nichols School and had taken students to previous Fringes in Scotland. She thought Jones' play would be a god fit there.

"Her piece is very intimate and personal, but the style of it is quite abstract – it doesn't take place in the reality we see," Kelley said. "From my experience at the Fringe, I think audiences will take to it there. They expect performances to rely on audience engagement, and that's what this does."

The fact that World War II is part of its theme also works in its favor, Kelley said, because even now the war still factors in many aspects of life and art in Great Britain. In fact, Jones said, Poppy Scotland, a veterans support group in the United Kingdom, has requested her permission to ask for donations after performances of her play.

"The play has this very true heart," Kelley said. "She is touching on the experiences of different generations and audiences relate to that somehow."

Even with all that, Kelley said, Jones still surprised her by taking on the cuts, rewrites and staging changes necessary to fit into the Fringe festival, where she can use almost no props and has to squeeze what was an 85-minute play into 50 minutes.

"I didn't really think she would do it," Kelley said, and laughed. "But she did. She blew it up."

The shows at the Andrews Theatre will serve as preview performances. Jones said she is proud to be part of Buffalo's Infringement Festival and looking forward to Scotland.

"I can't wait to to be there and have a show under my belt and a scotch in my hand," she said. And it sounded like she meant it.