“We appreciate you original and longtime fans, and we know we are welcoming new fans every day.”

Not many bands staring down their 50th year of existence can make such a statement. Even fewer can claim an uninterrupted flow of artistic integrity commensurate with abundant commercial success.

Of course, not many bands can hold a candle to Earth Wind & Fire in general, which might explain why, 49 years after releasing their debut album, the band is routinely selling out venues like Artpark, where a full house of rabid fans crossing multiple generations and cultures welcomed the group on July 16.

When EW&F’s frontman Philip Bailey made the above statement halfway through the Artpark show, he wasn’t merely being boastful – a cursory glance around the venue (and the application of some basic math) suggested that many in attendance were quite likely witnessing their first EW&F show.

And what a show it was, a tour de force of cosmic soul-funk, highly spirited and deeply spiritual idiom-bursting dance music, replete with complex harmonies that flirted with jazz but saved their deepest feelings for R&B, all allotted equal time in a set list that unfolded like the perfect playlist to accompany the post-1960s story of African American popular music.

Nearly every tune in the 20-song set had been a Top 10 charting single in either the R&B or pop charts, and often in both. Such a depth of material ensured that even the casual fan would be delighted by the Artpark show, even if mostly for reasons involving nostalgia. Whether you were a musician who found early inspiration in EW&F’s peerless 1970s catalog, or someone who remembers dancing to “Shining Star” and “September” at a prom, party or wedding, the band likely connected with you on a visceral level during the concert. 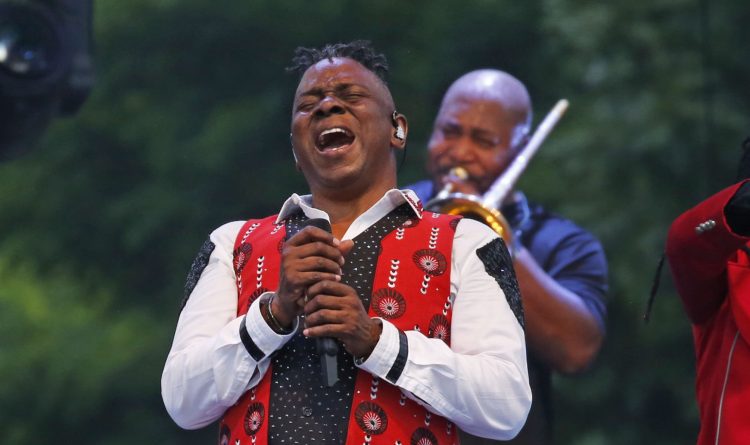 Part of EW&F’s magic, however, has always resided in its ability to operate on multiple levels simultaneously, so that what might appear on a surface level to be a straightforward R&B/disco mashup can also be a song infused with deep spiritual yearning, one bolstered by an even deeper musicality.

This became apparent shortly after the band opened with a “Sing A Song”/“Shining Star” combo, as it worked its way toward a stellar, filthy and funky Verdine White bass guitar interlude, and finally, to a transcendent kalimba feature from Bailey.

When EW&F founder, mastermind, creative director and producer Maurice White died in 2016, the role of band leader was bequeathed to Bailey, and along with it, Maurice’s love for the kalimba, an electric thumb piano associated with African music. White employed the kalimba as a portal into a world of wonder, a place where music acts as an agent of elevation and a window opening into joy. Bailey’s kalimba work during “Evil” and “Kalimba Story” carried on his late creative partner’s work and offered a firm thread of continuity between the band’s past and present. It was all so heartbreakingly beautiful.

The core of the group in the present day consists of original members Bailey, Verdine White and drummer/percussionist/vocalist Ralph Johnson, but the contributions of singers B. David Whitworth and Philip Bailey Jr. bolstered the stacked vocal harmonies and elegantly arranged interplay that is such a vital element of the EW&F sound.

Similarly, guitarists Morris O’Connor and Serg Dimitrijevic, drummer John Paris and keyboardist/musical director Myron McKinley ensured that the 2019 version of the band sounded as funky and vital as the group memorialized on the “Alive in ‘75” concert document. 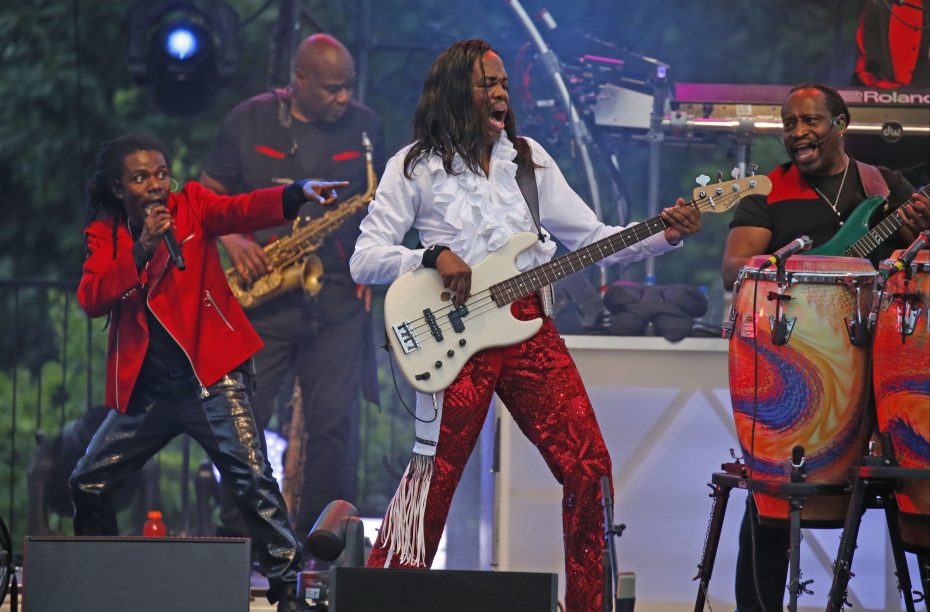 Abundant credit must go to Bailey, who, at 68, still boasts a keening falsetto that can slice through the air and connect directly with the listener’s heart, particularly during classic EW&F ballads like “That’s the Way of the World” and “After the Love Has Gone,” both of which were highlights of the Artpark show.

In truth, however, the entire performance was best taken as an intertwined whole, rather than a succession of massive hit singles. When viewed thus, it’s easy to see that Maurice White’s dream of creating a genre-spanning, highly virtuosic sound that could be at once danceable, intelligent, marked by mindfulness, insistently joyful and ultimately transcendent is one that refuses to die.

Sold-out concert on July 16 at Artpark in Lewiston.