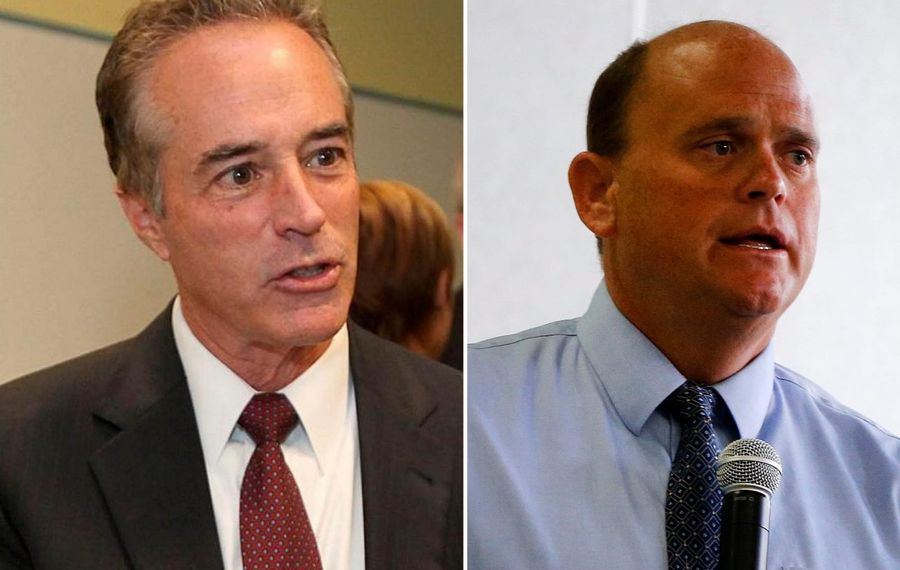 WASHINGTON – The Democratic House on Tuesday passed a resolution "condemning President Trump’s racist comments directed at members of Congress," but Western New York's two Republican congressmen, like the overwhelming number of their GOP colleagues, wanted no part of it.

The House approved the measure, in a 240-187 vote, two days after Trump suggested on Twitter that four progressive members of Congress "go back" to the countries they came from.

All 235 House Democrats voted for the measure, but only four Republicans and one former Republican – Rep. Justin Amash of Michigan – joined them.

But in a conference call with reporters, Reed also criticized the Democratic resolution.

"I believe this furthers the political partisan atmosphere of Washington," Reed said. "And I believe that the better course is for all sides to stand down. Let's focus on problems facing people back home, and let's leave the partisan rhetoric on both sides on the sidelines."

Reed said he would convey his concerns about Trump's tweets to the White House privately.

But when asked if he thought Trump was a racist, Reed said no.

"Having developed a relationship with the president, interacting with him firsthand, I am confident in telling you that I do not believe he is a racist," Reed said.

Rep. Chris Collins did not directly answer emailed questions about whether he thought Trump was a racist or whether the congressman agreed with Trump's sentiments in those tweets. Collins also did not answer a question about whether Trump's tweets were helpful at a time when Congress soon may consider raising the federal debt ceiling, agreeing on a budget and approving a new trade deal with Canada and Mexico.

Instead, the congressman from Clarence issued a statement: “While Democrats initiate one diversion after another, President Trump is creating jobs, eliminating wasteful regulations and growing our nation’s economy. This latest deflection is nothing more than an attempt to hide their dismal record in which they have failed to pass one meaningful piece of legislation save for reopening the government last winter and a disaster relief bill that half of them voted against."

Collins added: "Instead of citing excuses, House Democrats should get to work and join the president in negotiating a budget for next year, raising the nation’s debt ceiling and finding a way to solve the crisis on our Southern border."

In contrast to the local Republicans, Rep. Brian Higgins, a Buffalo Democrat, said he backed the resolution condemning Trump's tweets.

"The president of the United States should be expected to behave and treat all of our citizens with dignity and respect, including members of Congress who may disagree with him on an issue or many issues," Higgins said in an interview. "Presidential leadership is about uniting the nation, not dividing the nation. And he's failing a leadership test passed by every president from Washington to Obama, Republican and Democrat. I've never seen it like this."

Trump's original tweet was aimed at four progressive Democrats who identify themselves as "The Squad": Rep. Alexandria Ocasio-Cortez of the Bronx, Rep. Ayanna Pressley of Massachusetts, Rep. Ilhan Omar of Minnesota and Rep. Rashida Tlaib of Michigan.

The president said they "originally came from countries whose governments are a complete and total catastrophe, the worst, most corrupt and inept anywhere in the world." But Ocasio-Cortez, Pressley and Tlaib were all born in the U.S., and Omar – who was born in Somalia – is a naturalized U.S. citizen.

Trump has refused to apologize for his comments and has even doubled down on them, tweeting on Tuesday: "The Democrat Congresswomen have been spewing some of the most vile, hateful, and disgusting things ever said by a politician in the House or Senate, & yet they get a free pass and a big embrace from the Democrat Party."

Tlaib once used profanity in calling for Trump's impeachment, and other Squad members frequently criticize Israel.

But to hear Senate Minority Leader Charles E. Schumer tell it, what Trump said deserves condemnation not only by the House, but by the Senate.

"These lawmakers are women of color," Schumer said on the Senate floor. "Telling them to go back to their countries is one of the oldest and crudest tropes to malign nonwhite Americans. The president's comments drip with racism."