Michael E. Pietrocarlo sat in the back of the courtroom Tuesday morning while three of his daughters were sentenced to prison for assaulting him.

None of the three sisters, who inflicted years of abuse upon their now-73-year-old father, apologized to him.

Elissa M. Pietrocarlo said she was "sorry that the whole thing happened."

Grace M. Pietrocarlo said her only desire going forward was to "live a life of peace."

"Please have mercy," she said.

Michael E. Pietrocarlo was, according to prosecutors, subjected to physical and emotional abuse for more than 15 years. Prosecutors previously said the women made their father's life "a living hell."

Burns sentenced each woman to two years in prison and three years of post-release supervision. They each faced a maximum sentence of seven years in prison for their convictions for second-degree assault.

Annabel Pietrocarlo, 23, also was found guilty of petit larceny for taking cash from her father's pocket during a September 2017 beating. She was sentenced to six months in jail for that, to be served concurrent with the two-year sentence.

The judge, who said evidence in the case showed a history of a "dysfunctional – even bizarre – family environment," said the sisters "appeared" to show remorse, though he questioned how they phrased their sentiments.

Elissa Pietrocarlo, 41, the family's eldest daughter, told Burns that "the punishment has been ongoing right from the start of it," and that it caused "nothing but hurt, nothing but loss and nothing but pain" for everyone involved.

"I'm sorry for everybody involved," she said.

A single mother, she suffered serious back and hip injuries from a 2003 incident at a banquet facility, said Daniel J. Henry Jr., her attorney. She walked with a cane in court Tuesday.

Grace Pietrocarlo, 31, told the judge she "deeply" regretted everything that led to Tuesday's sentencing. 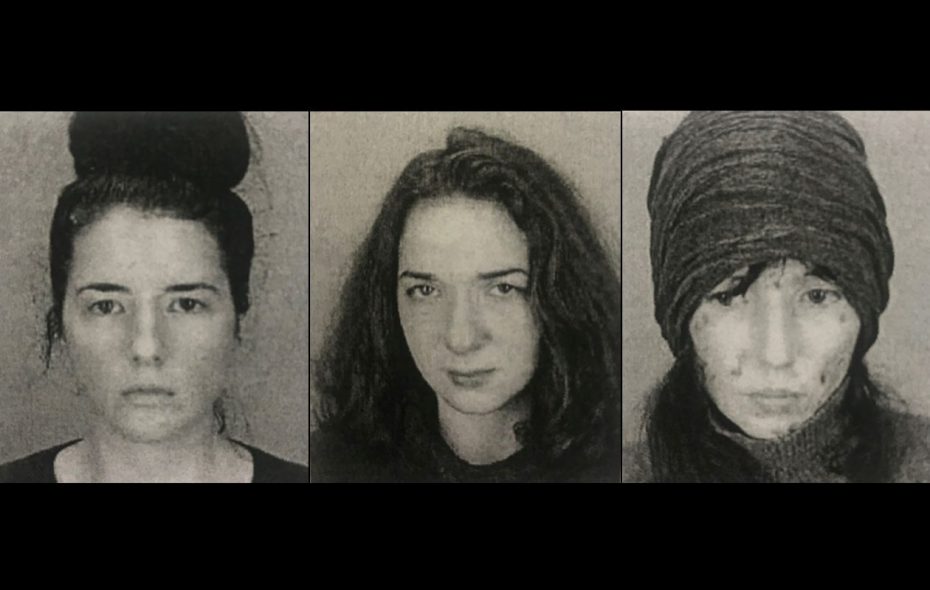 The Pietrocarlo sisters, from left, Grace, 31; Annabel, 23; and Elissa, 41, were found guilty of abusing their father for years.

Before issuing the sentences, Burns told the defendants he found no mitigating circumstances and that their requests for conditional discharges or sentences that did not involve incarceration were "unreasonable."

Burns also said there was sufficient evidence that Christine Pietrocarlo, the women's mother and wife of the victim, was involved in what happened. But she wasn't charged with assault, the judge noted.

Christine Pietrocarlo, 67, was found not guilty of robbery and menacing charges.

[RELATED: In Hamburg, few hints of abuse that made father's life 'living hell']

The abuse happened in the family's home on North Creek Road, near Hamburg's border with Evans.

It began in 2002 when Elissa Pietrocarlo began claiming to receive messages from God. She was known in the family as "The Prophet."

One of the messages she received indicated that her father was being unfaithful to her mother, who the family referred to as the "Queen of God." At that point, the father was forbidden from sleeping with his wife in his bed and instead slept on a couch behind a curtain in the kitchen. He slept with his clothes on because, when he was beaten during the night, he would be forcibly removed from the home and go sleep in his car.

In one incident on Sept. 9, 2017, Michael Pietrocarlo was attacked by his family while he was sitting at a computer in the kitchen. His daughter, Annabel, choked him from behind, forced him to the ground and took $1,100 from his pocket, according to prosecutors.

Then the three daughters began punching and kicking him. When the beating stopped, Michael Pietrocarlo crawled to his pickup and drove himself for medical treatment for a bruised spleen and a fractured rib. When he got back home, he was barred from being inside the home during daylight hours and the daughters threatened to "break every bone in his body" if he entered.

Michael Pietrocarlo told a friend about the abuse, and that friend called police and asked them to conduct a welfare check, according to prosecutors.

Joel L. Daniels, Grace Pietrocarlo's attorney, told the judge Michael and Christine Pietrocarlo, who have been married more than 43 years, were "going to be divorced very soon." He called it "a very unusual case."

In addition to the prison terms, the judge also issued an order of protection for the defendants to refrain from having any contact with the victim until July 15, 2024.