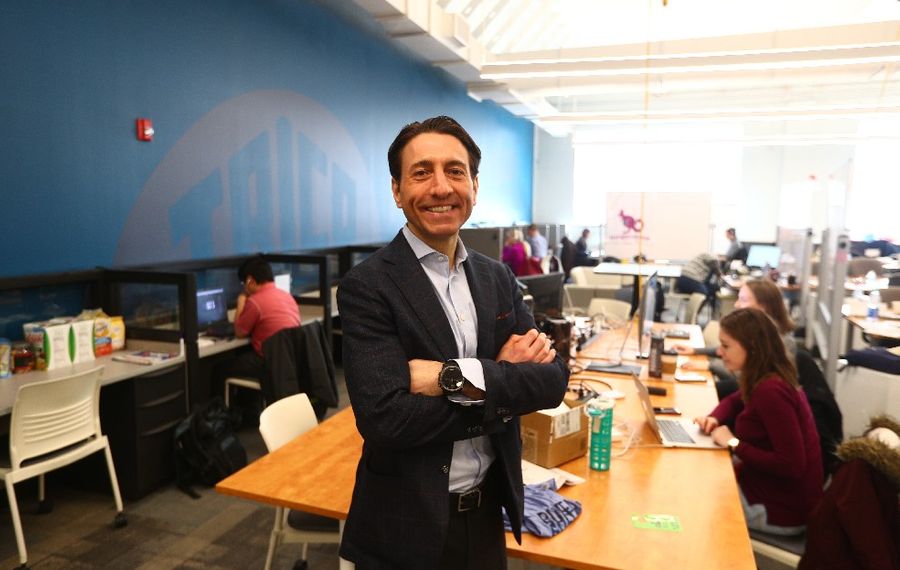 43North has a bigger pool of contenders to choose from this year.

The business plan competition with the "Shark Tank"-like finale attracted 528 entries this year, up 9% from last year. The sixth edition of the competition, featuring $5 million in prize money, will culminate Oct. 30 onstage at Shea's Performing Arts Center. The grand prize winner will receive $1 million.

Alex Gress, 43North's president, said he believes the success of some past 43North prize winners, such as ACV Auctions, fueled the growth in applications.

"Our companies and the success of the program, they are the billboards that are out there on a national and international level that other companies really want to emulate," he said.

The prize format remains unchanged from last year: a $1 million grand prize and seven $500,000 runner-up prizes. That means eight of the 10 entrants that make pitches onstage to judges in the final round will win prize money and two will not.

An additional $500,000 will be set aside as follow-on funding that the eight prize winners will be eligible for at the end of 2020. The competition is an initiative of the state's Buffalo Billion economic development program, aimed at bolstering the region's startup culture. 43North takes a 5% equity stake in each prize-winning company.

While the number of entries is higher than the 485 last year and 504 in 2017, the quality and caliber of the contenders continues to rise, Gress said.

This year's pool appears to be 43North's most competitive ever, he said.

"Obviously, the investment is significant," Gress said of the prize money. "But more importantly, it's the program that goes along with it," including free working space, a state income tax exemption and advice from mentors.

Of the 528 entries, 132 matched 43North's "preferred profile," which is up 22% from last year. 43North's preferred profile is based on track record, the quality of the entry's founding team, the amount of capital raised (typically $500,000 or more), the depth of the team (usually three or more full-time employees) and a "very defined fit with Buffalo," Gress said.

The program hopes to get the prize-winning companies rooted in Buffalo, so that they remain here beyond the one-year obligation that is a condition of accepting prize money. Seven of the eight 2018 prize winners followed through and located here. Two of them, HiOperator and Immersed Games, arrived before the start of 2019 and have been staffing up.

"Those are great examples of companies that aren't looking at the calendar," Gress said. "They are here because they really want to anchor and accelerate their growth in Buffalo."

Now that the entry deadline has passed, the number of contenders will be gradually reduced.

In August, 55 judges from the region will trim the field to about 100 semifinalists, based on half-hour video pitches and an analysis of the entrants' plans. Of that total, up to 20 entrants will advance to finals week in Buffalo. That final group will trimmed to 10 contenders that will compete at Shea's.