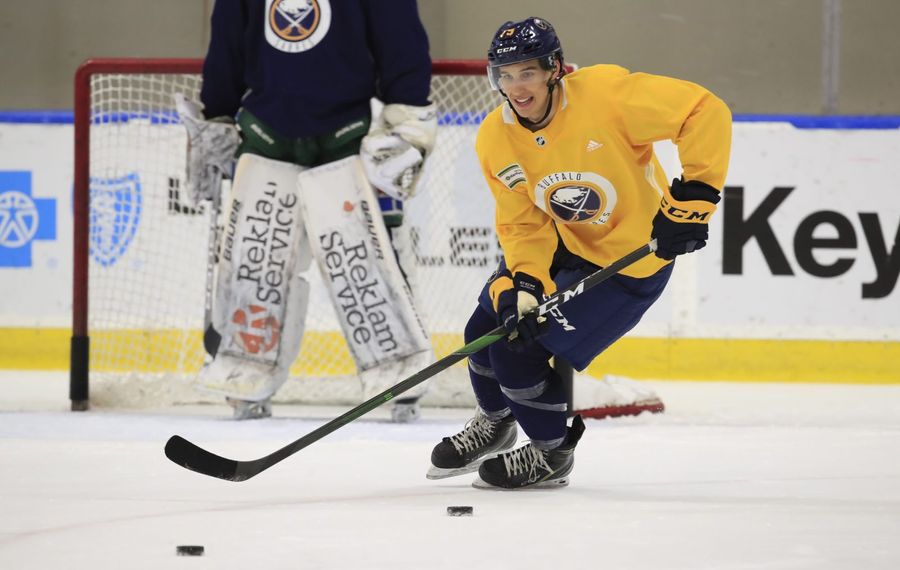 The Buffalo Sabres have signed center Dylan Cozens, their No. 1 pick in last month's NHL Draft, to a three-year entry-level contract, the team announced Monday.

Cozens, taken No. 7 overall at the draft in Vancouver, signed for the entry-level maximum cap hit of $925,000 per season, plus performance bonuses that could take the total of the deal to $5.325 million.

As an 18-year-old with junior eligibility remaining, the deal would not kick in until Cozens plays 10 NHL games and could slide to instead start in the 2020-21 season.

The highest-drafted player ever out of Canada's Yukon Territory, Cozens was selected out of Lethbridge in the Western Hockey League and would return there this season if he does not make the Sabres' roster. The likelihood of him making the NHL this year dropped significantly when he suffered a thumb injury during development camp that required surgery earlier this month.

The Sabres announced that Cozens would need two to three months of rehab on his left hand, likely keeping him out of the annual Prospects Challenge at Harborcenter in early September and perhaps out of training camp as well.

Because of the injury, Cozens is sitting out the World Junior Summer Showcase from July 27 to Aug. 3 in Plymouth, Mich. He was scheduled to be one of the top players for Team Canada in the event that prepares teams for the World Junior Championships starting in December in the Czech Republic.

The injury does not eliminate Cozens from the World Juniors, as it's likely Canada will hold a spot for him on the roster.

Cozens is the sixth top-10 draft pick to sign his entry-level deal. No. 1 pick Jack Hughes signed Saturday with New Jersey and got the full bonus structure, making his deal potentially worth $11.325 million. No. 2 pick Kaapo Kakko signed Friday and can earn as much as $10.725 million. No. 3 choice Kirby Dach signed July 8 with Chicago for a potential haul of $10.275 million.

Cozens got the same package as picks 6 and 8. The No. 6 pick, Detroit defenseman Moritz Seider, signed Sunday while No. 8 Philip Broberg signed July 4 with Edmonton.

Dylan Cozens was right choice at the perfect time for Sabres