Paul Humphrey's football teammates filled the front steps of Bishop Timon-St. Jude High School while family, friends and faculty gathered on the front lawn of the South Buffalo school Monday morning for a prayer service in which the slain 17-year-old was remembered for his smile and positive energy.

Humphrey, who had recently completed his sophomore year, was killed in a shooting early Saturday in the city's Schiller Park neighborhood.

The school's message sign out front read: "RIP Paul No. 2."

“This is tragic. Paul meant a lot to this school," said Joe Licata, the school's athletic director and football coach, following the brief ceremony attended by about 300 people. “He meant a lot to the other students; he meant a lot to the faculty and staff. And I think you saw that out there today with all these kids showing up and all these teachers and administrators present.

The service was conducted by the Rev. James Monaco, a Timon teacher and alumnus of the school who led the assemblage by reading "A Prayer in the Face of Gun Violence" and the Prayer of St. Francis. Humphrey's No. 2 Timon jersey was held up by teammate Brandon Laury throughout the service.

“An image that stands out to me is Paul sitting in the cafeteria ... always smiling and laughing," Newton said. “That’s how we want to remember him.”

.@BishopTimonHigh students and faculty gather for a prayer service in memory of Paul Humphrey. pic.twitter.com/wv5XyFOSgt

Following the service, the team and other students headed into the school, where counselors from several area school districts were available. Newton mentioned that Mount Mercy and Frontier had reached out to Timon and had been very helpful.

"Some are sad, some are angry, some are confused," Licata said of his players. "We met on Saturday night, and all I kept saying to them is that we need to be together, and that's going to be our motto, the No. 2-gether. I think they're relying on each other to get through this and to keep Paul's memory alive. We're leaning on each other right now. There's nothing in any manual to teach you how to deal with this stuff."

"He was energetic, he was always excited to be out there with his teammates, always cracking jokes," his coach said. "He was an awesome, awesome kid – and a heck of a football player, too. ... His smile will always be here."

Licata said that, along with the "2-gether" remembrances, the No. 2 will be put on Timon helmets and Humphrey's initials will be on the Tigers' jerseys. 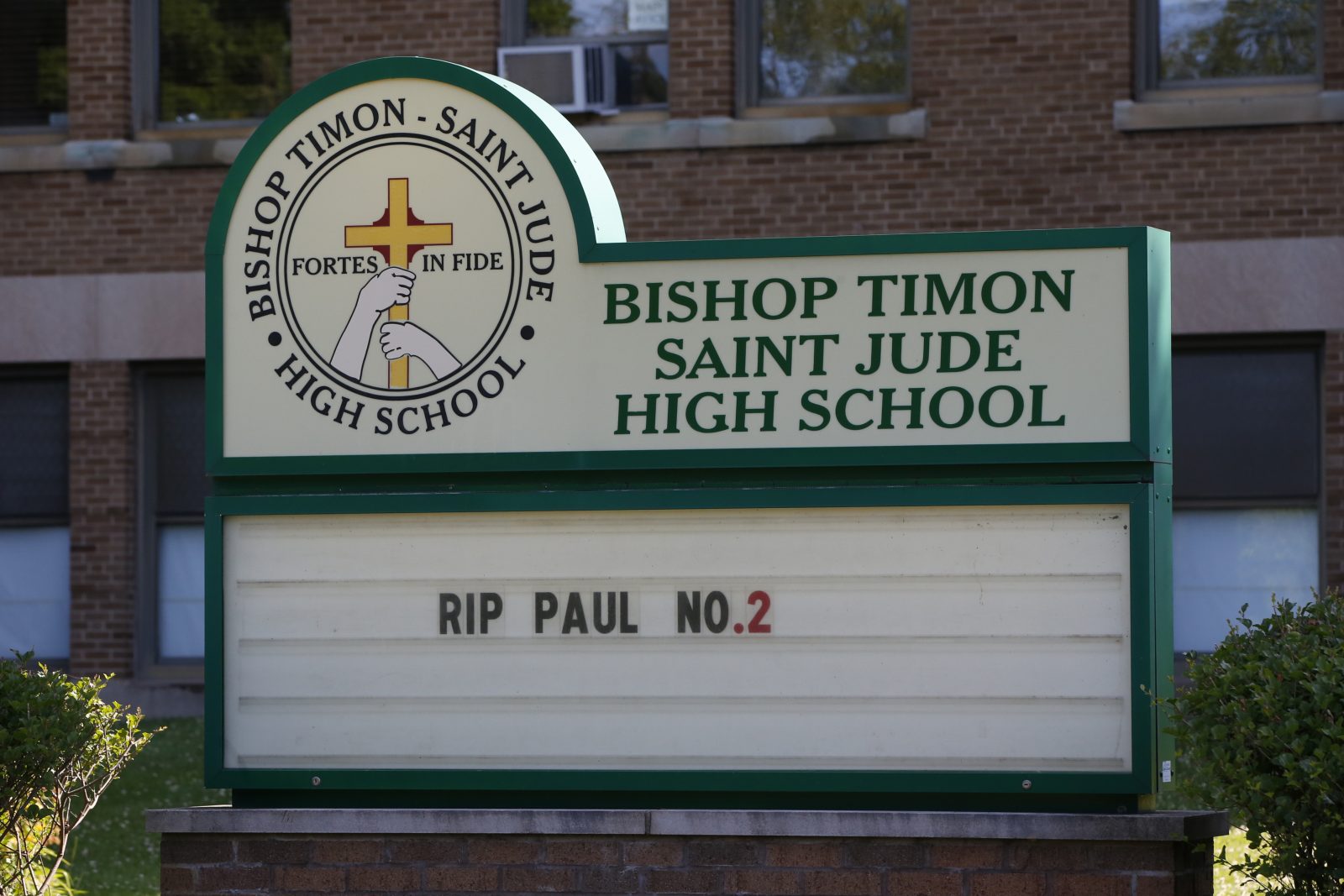 "He's going to be with us," Licata said. "Before every game, he always sat in that far right corner. and he always was chewing on his mouthguard. and he'd take it out and start smiling before the games. I knew we were ready to go after I saw that. He will live on on this team."

Bishop Richard J. Malone released a statement Monday that he and "the people of the Diocese of Buffalo extend sympathies and prayers to Paul Humphrey’s family and the entire Bishop Timon community."

The Tigers, who begin practice Aug. 19, were scheduled to attend a minicamp at North Tonawanda this week. Licata said he asked his team whether they still wanted to participate in this camp, which starts Tuesday.

"I was completely OK with telling the other schools that we weren't going to attend, but everybody wants to go," Licata said. "They want to try to return to normalcy and play for Paul."