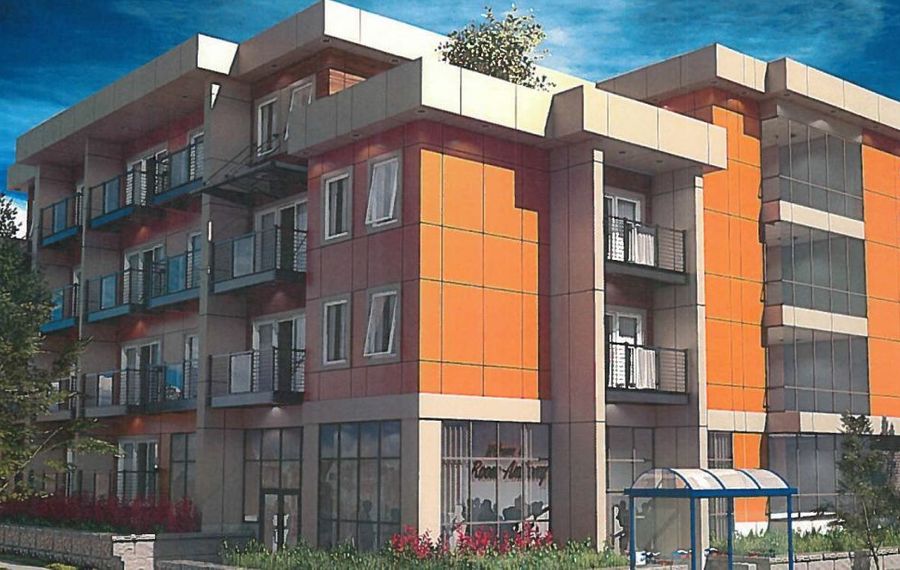 Just when Anthony LoRusso thought he was done with city approvals for his Campus West project, here comes another one.

LoRusso, whose Campus West housing project is under construction, is coming back to the city's Zoning Board of Appeals next week for a pair of variances from the Green Code.

The project at 129 West Ave. had already been approved – including with variances for fencing and height – but his lenders have since insisted that the project be located on a separate parcel from his adjacent three-story Allentown Apartments at Maryland Place, located at 295 Maryland, with 59 one- and two-bedroom units.

That means the combined property must again be broken up, so the project no longer complies with the code's rules on rear setback and side yards.

There are no other changes to the project, in which LoRusso's APL Property Group is constructing a four-story microapartment building, with 48 one-bedroom apartments of 550 square feet each, designed for moderate-income tenants.

The units, which will all have Murphy beds to conserve space, are designed as "workforce housing" for employees on the Buffalo Niagara Medical Campus, and are meant to be small to keep the market-rate rents down.

Campus West originally included only 39 units, with a full basement, a first-floor office and about 1,000 square feet of first-floor community space. But to satisfy his lender's request for more revenue, LoRusso scrapped the office and community space and replaced it with nine additional apartments. He is also expanding the basement and removing one rooftop patio at the rear of the 40,500-square-foot building to provide more living space.

Planning Board approves LoRusso project on West Side

The ZBA will consider the application at 2 p.m. July 17.

Meanwhile, Rochester-based Caliber Brokerage is still trying to win approval for a proposed WellNow Urgent Care facility and medical office, to be located on .46 acre at the corner of Elmwood Avenue and Amherst Street.

Plans by Silvestri Architects, Excel Engineering and Tredo Engineers call for combining 1597 Elmwood with 709 and 711 Amherst, rezoning the Amherst Street parcels to commercial and demolishing a pair of multifamily homes and two small commercial storefronts. The developer would then construct the 3,500-square-foot, one-story building with its brick-and-glass facade, along with a 35-space paved parking lot.

Caliber and WellNow are seeking a pair of zoning variances for interior side-yard setback and parking, which they say is essential for safety reasons. If approved, officials plan to start construction immediately, with completion of the core-and-shell by the end of November.

However, this is the developer's third attempt to gain support for the project, after prior attempts in March and May failed, using many of the same arguments.

Also on the ZBA's agenda are a one-year extension of a prior approval granted to DF Fusion for a student-housing project at 2929 Main St., as well as variance requests for: