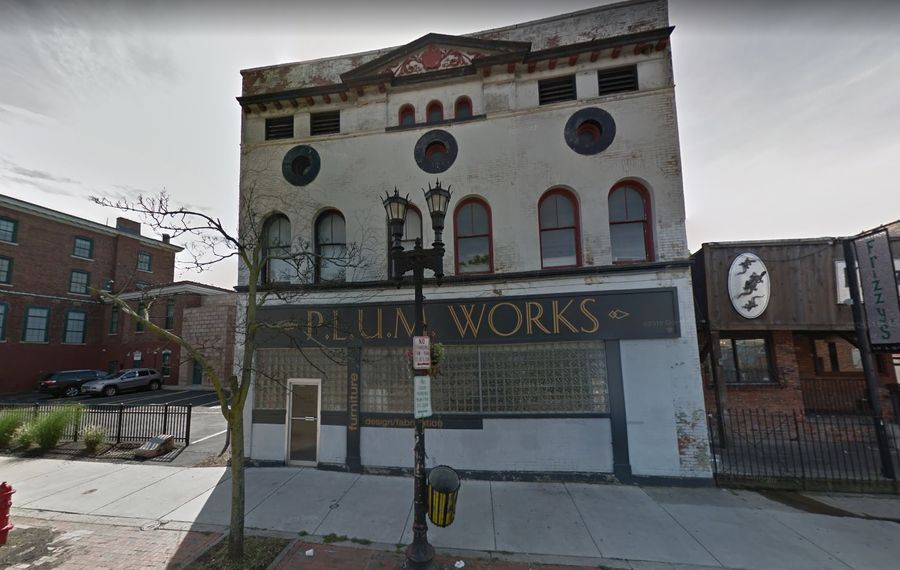 Ellicott Development Co. has acquired a pair of investment properties in the Elmwood Village and Allentown neighborhoods, with hopes for eventual projects on both sites.

The 45,000-square-foot building, constructed in 1936, has been home to a number of businesses, including furniture fabricator P.L.U.M. Works, Kenworthy Printing, Bravo Rental Equipment and Markel Electric. The 0.52-acre site, which is located behind Ellicott's four-story Bellasara Apartments building and three blocks from the Buffalo Niagara Medical Campus, includes a 20-car parking lot with an entrance off Park.

William Paladino, the developer's CEO, said the firm will use the property initially for the parking, to help with the 23-unit Bellasara's needs, but eventually plans to redevelop the steel-and-concrete building into a mixed-use project with residential and retail space, and possibly some office space.

Separately, Ellicott's 1238 Group LLC purchased two multi-family apartment buildings at 412 and 414 Elmwood Ave. from Michael Edward Olanoff, paying $965,000. Built in 1890, the two properties have a total of five units between them – two at 412 and three at 414 – and are located next to a Rite Aid Pharmacy that Ellicott does not own but at one point wanted to redevelop.

It's also near the former Women & Children's Hospital of Buffalo complex that Ellicott and Nick Sinatra are redeveloping into Elmwood Crossing, but Paladino said he does not currently have plans for it.

"It's just a nice piece of property," Paladino said. "It’s in an area that we’re investing in other properties. Once we finish Elmwood Crossing, we expect the value to go up. If Rite Aid ever comes to us in the future, maybe we’d talk about it with them. But otherwise, it’s just an investment for us."