The new Jazzboline Restaurant & Bar, next to the Reikart House in Snyder, has a curious mantra: It aims for "elegance without pretension," as well as "complex simplicity."

A project of Iskalo Development, Jazzboline soft-opened in late June at 5010 Main St., Amherst, the final product of a more than $6 million endeavor just off the Main Street west exit of the I-290, close to the I-90. The former Sonoma Grille was demolished to accommodate the new restaurant.

Frank Reikart, a vaudeville musician who made Amherst home in the early 1900s, is the inspiration for both the Reikart House, the boutique hotel that opened in 2017 in place of the Lord Amherst, and the new restaurant. Jazzboline (jazz-boe-LYNN) refers to a musical instrument – a cross between a banjo and a guitar – invented by Reikart, who also was an innovator, entrepreneur, and an ice cream shop and photo studio owner.

Perhaps more than anything, Frank and Dolly Reikart – and to a lesser extent, their Capuchin monkey, Jocko – were known for warm hospitality, eccentricities and prowess in entertaining guests – the desired characteristics of Iskalo's hotel and restaurant. 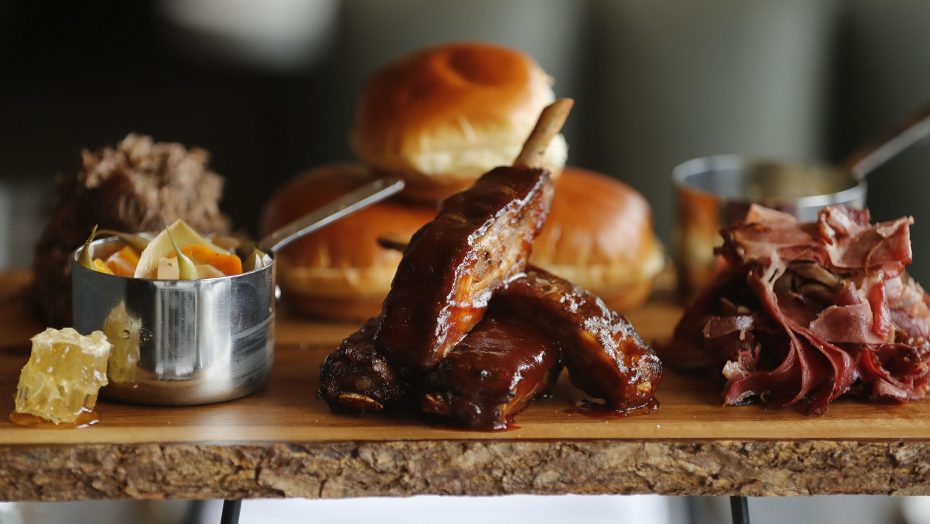 The main dining area in Jazzboline seats 78, with another 60 at the bar and roughly 25 to 30 in a private dining room in the rear. The adjacent Reikart Ballroom, intended for wedding receptions and business parties, has space for another 200 guests.

It's up to this trio to take a shiny new restaurant and make it approachable and inviting, but subtle effects – the variation in seating, an open-kitchen design and familiar foods that grace the menu – will help. 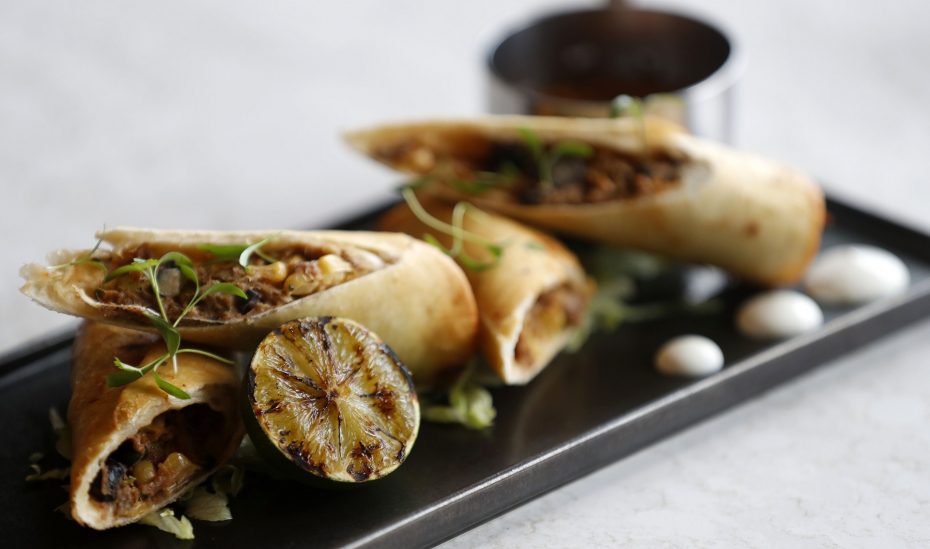 "We tried to keep it somewhat informal," said Paul Iskalo, president and CEO of Iskalo Development. "The key to the interior design was to not put too much emphasis on formality."

"You can come here and have a special-occasion meal, or you can sit at the bar and have a flatbread and a beer for $20," said David Chiazza, executive vice president at Iskalo.

Mahony was hired late in the process after the original executive chef, Michael Litzel, resigned. While Mahony wasn't involved in the concept development, he's added a personal touch to the Americana menu; there will be no "tweezer plating," he said. Appetizers range from $7 to $16, dinners fall between $13 and $55.

• Rotisserie with more than just chicken: While it's involved often in the menu as a whole, the slow-cook rotisserie stars in the preparation of three of the four "family gathering and sharing plates" section: the local farm-raised chicken ($38), brined for eight to 10 hours; the Dolly Had a Little Lamb ($52), with lamb spareribs, lamb pastrami and lamb leg cooked on the rotisserie; and the pork trio, with tenderloin, pulled shoulder and roasted belly. 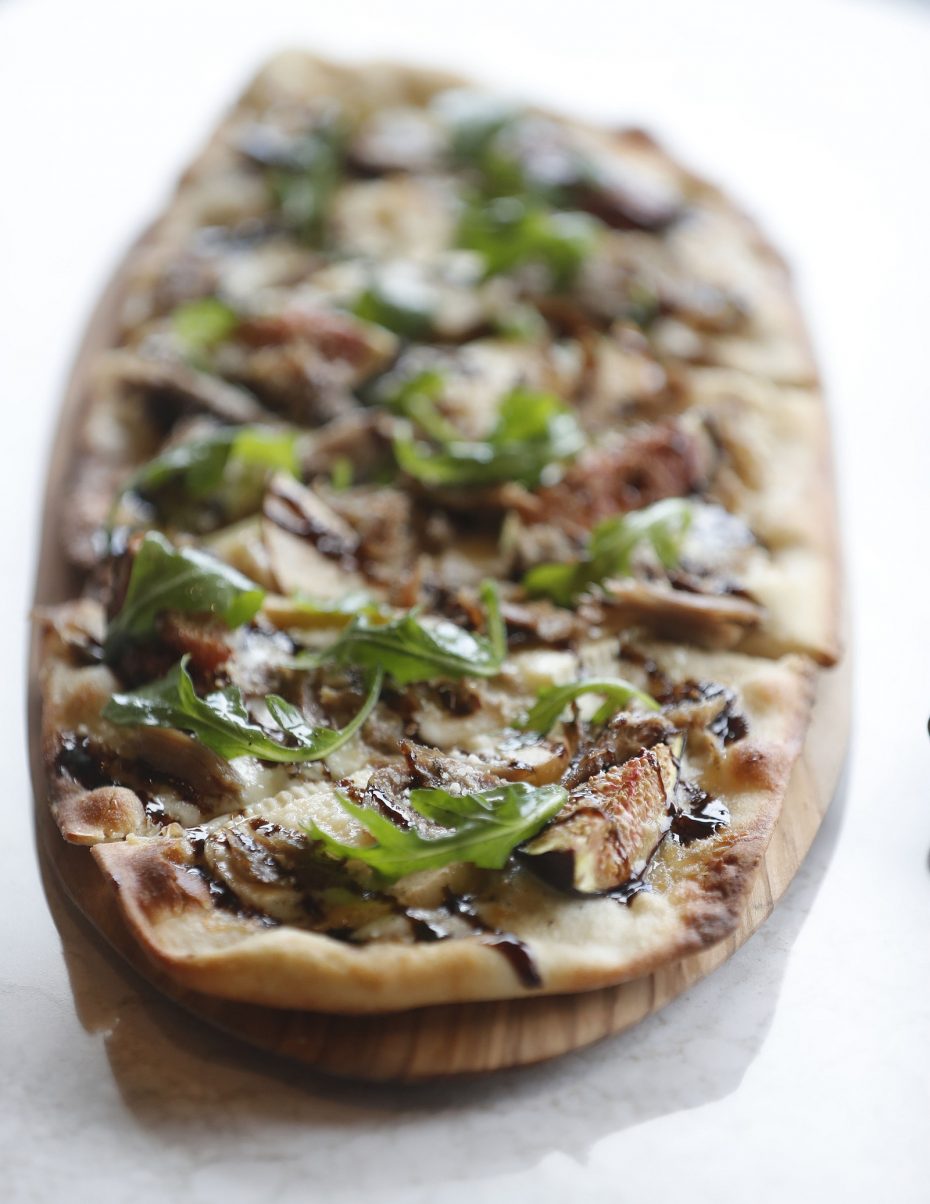 • Jazzboline churns cold desserts: Housemade hard ice cream, churned daily, is another feature at Jazzboline, with specialty flavors rotating but vanilla and chocolate as staples. Chef Mahony mentioned strawberry lemon basil as a likely favorite, particularly during the summer. There's potential that the kitchen will make its own waffle cones, too, in the future.

• Local honey appears all over the menu: Poland native Father Ryszard S. Biernat is a Roman Catholic priest/local beekeeper who produces Holy Honey in the Southtowns.

His bees' imprint is all over the menu, from seasonal cocktails such as the Bee's Knees – one where the honey begins frozen and melts as the drink is consumed – to the lamb duo, served with honeycomb, and the charcuterie board, roasted mission figs and brunch pancake stack.

"Once you try it, you don't want to go back to store-bought honey," said Ben Fulwider, vice president of Greenwood Hospitality.

• Brunch pancakes: Oh, right. You probably want to know more about these brunch pancakes, served in a stack of five. Ricotta, lemon and basil are weaved into the buckwheat discs that are topped with chile-infused apricot and Holy Honey.

Mahony expects to sail through these. Jazzboline brunch is slated for 11 a.m. to 2 p.m. Saturdays and Sundays, with live jazz expected.

• Tablet menus: Menus are displayed on digital tablets, which allow diners to view professional photos of each dish before selecting their meal. These tablets aren't used for ordering, however. Each guest will be equipped with a tablet, so there's no need to share. 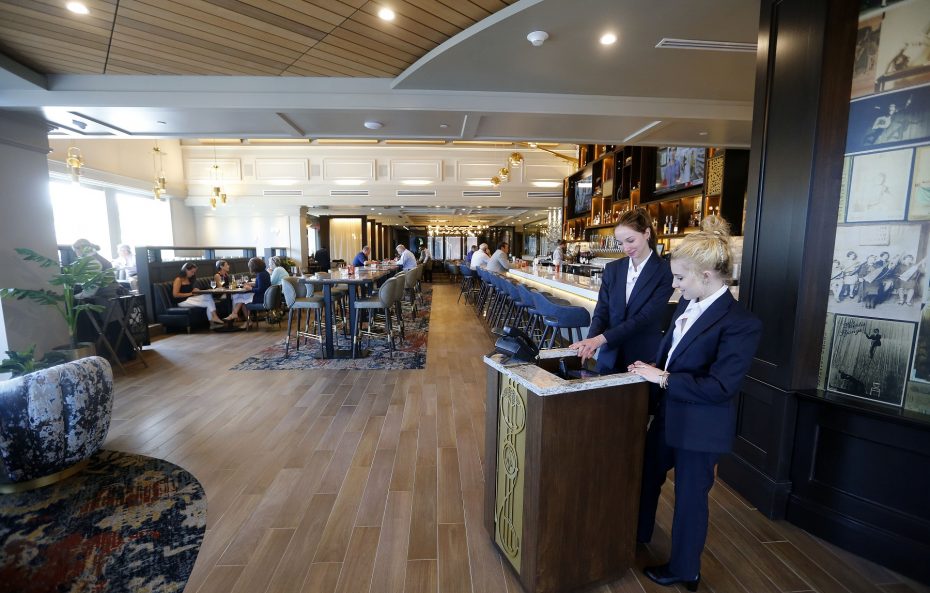 • Beer, wine and spirits: The Jazzboline bar boasts 24 taps, eight of which go to Big Ditch Brewing Co. The selection is intended to be as local as possible. Tommyrotter and Lockhouse are represented in the spirits, too, with an approachable wine list as a complement.

• Where are all the jazzbolines?: The Buffalo Niagara Heritage Village keeps the area's last four remaining jazzbolines, with two on display at its headquarters at 3755 Tonawanda Creek Road in Amherst. Karl Reifschneider, BNHV's curatorial assistant and education coordinator, describes them as triangular, boxy, stringed instruments - similar to a mandolin - that were designed to be learned quickly.

Iskalo Development, with the help of a luthier, intends to build a functional jazzboline as one of the next stages of the restaurant's project. 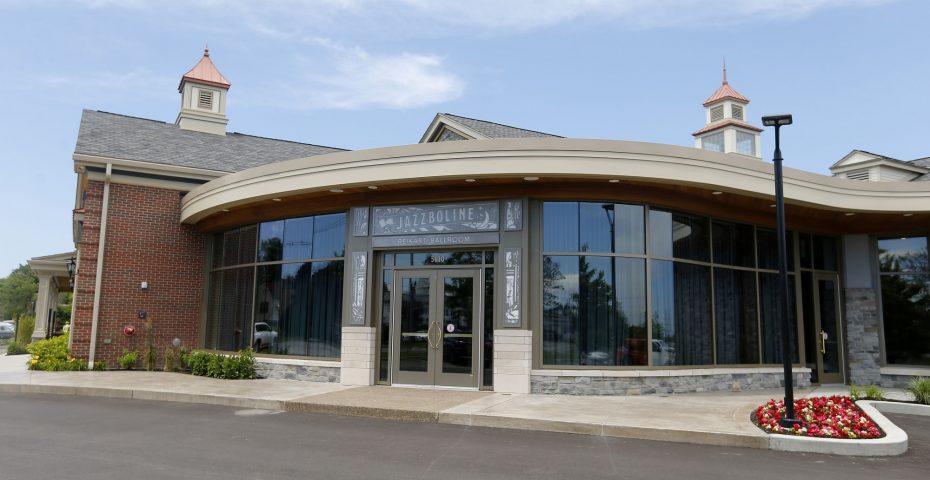 Jazzboline is a new restaurant at 5010 Main St. in Amherst. (Mark Mulville/Buffalo News)