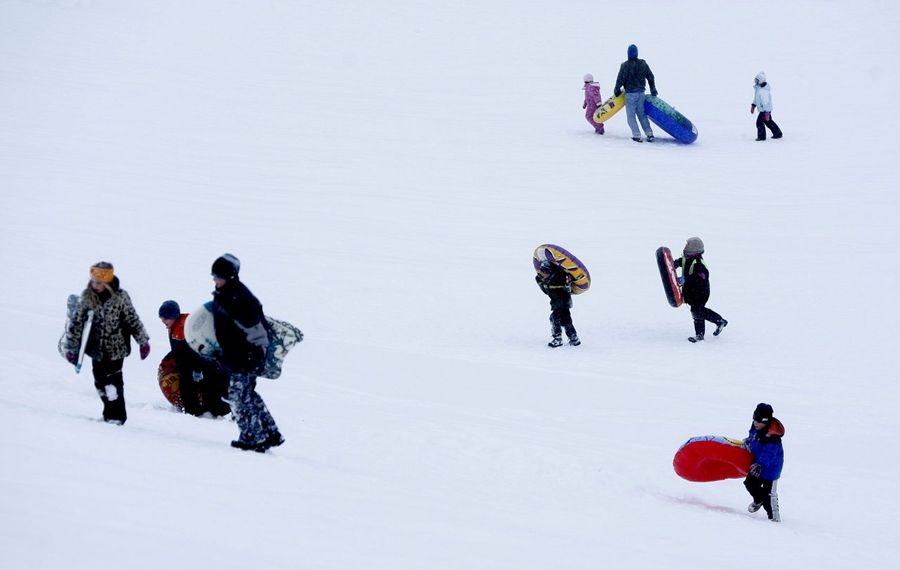 The three Cub Scouts probably weren't prepared for what happened to them after their sledding accident five years ago at Elma Meadows Park.

A den leader from their Cub Scout pack sued them.

The three Lancaster boys – ages 8 to 10 at the time of the accident – were "negligent and careless" as they slid past him on an inner tube sled, said Todd C. Puccio in his lawsuit. A boot clipped Puccio's face as he started to get off his sled at the bottom of the Erie County Parks sledding hill.

"After it happened, I just remember getting my bearings, seeing them," said Puccio, a den leader at the time of the accident, in a deposition. "And I remember blood everywhere – from me."

Puccio knew immediately he was badly hurt. A surgeon would later reattach the bone holding his nose to his skull, using four plates and some 20 screws that remain in place, he said in the 2017 deposition.

What happened that evening offers a cautionary tale for Scout packs and troops and other organizations that sponsor activities involving children under adult supervision. The crux of this case hung on whether Puccio knew the risks when he and his son attended Pack 601's family sledding night on Jan. 30, 2014.

Puccio sued others, too, including the pack's cub master, assistant cub master and committee chairman. The 50-year-old auto technician from Lancaster accused them of not properly supervising the Cubs. He also sued the Boy Scouts of America, Greater Niagara Frontier Council and the Bowmansville Fire Company, the pack's chartering organization.

During a recent State Supreme Court hearing, lawyers for those Puccio sued offered the same legal defense in asking Justice Tracey A. Bannister to dismiss the lawsuit: Puccio assumed the risk. 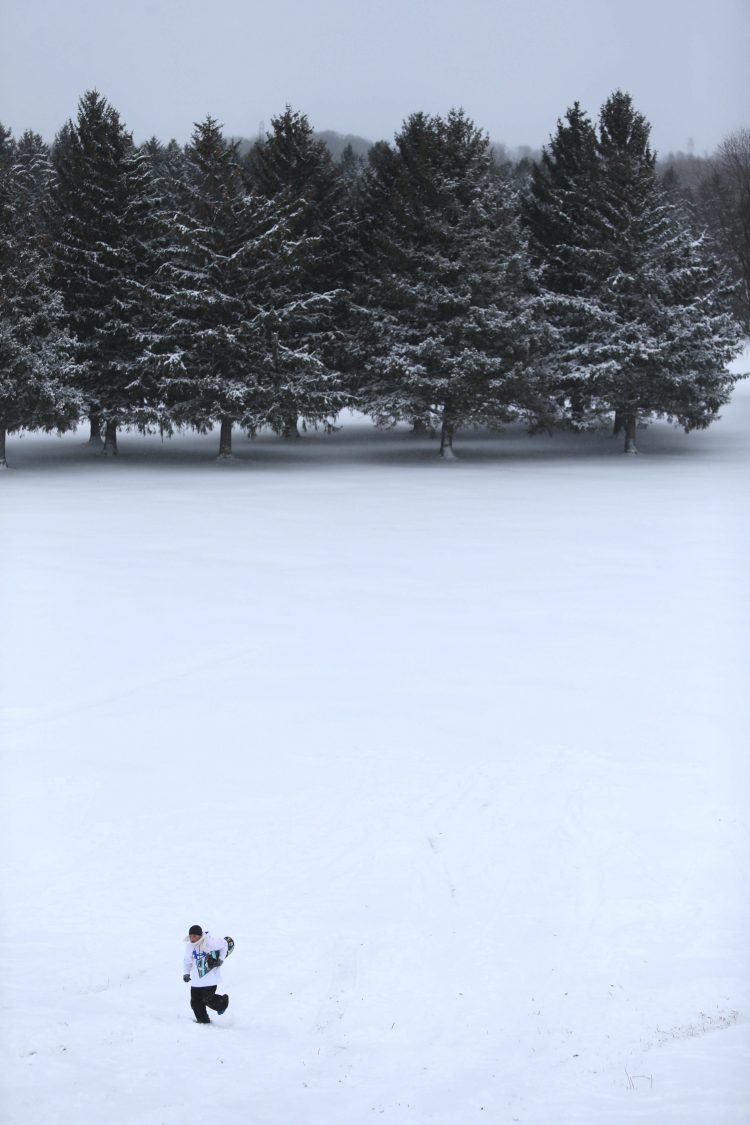 "Mr. Puccio saw how things were taking place and decided to go down that hill," said attorney Melissa Vincton, who represented the boy whose boot struck Puccio. "He was well aware of the risks."

Last week, the judge dismissed Puccio's lawsuit – more than two years after he filed it. Nine people gave depositions and others submitted affidavits, providing a glimpse of what happened.

After sledding for an hour that January evening, the three Cubs spotted the inner tube sled at the top of the hill.

"It was laying there and we saw it was meant for more than one person, so we all decided to jump on it and go sledding," said one of the Cubs in his deposition.

"I just remember me jumping on it, and I didn't really notice that we had hit Mr. Puccio until we got back up the hill and we saw an ambulance coming and fire trucks and police coming," the boy said.

The boy was facing forward as the sled started down the hill. When he reached the bottom, he was facing the top of the hill.

"We checked first to make sure that no one was there, and I don't believe we saw anybody, but I'm not quite sure," another Cub said in a deposition. "We probably wouldn't have gone if we saw somebody in the way."

The boy said he was lying on his stomach, like the other Cubs, on the way down. The sled flew up after hitting a bump and his left boot struck Puccio.

"I was still on my knees and that's when I got hit, " Puccio said.

Puccio said he heard screaming from another sled as he was starting to get up from his sled.

"I turned to see where the screaming was coming from, there was a boot in my face," he said.

The Cub was thrown off the sled.

"I had the wind knocked out of me," he added. "So I got up and I was waving my arms to get people's attention, and then I noticed Mr. Puccio's bleeding nose and so I started waving my arms more. When I got my voice back, I yelled for help."

Puccio said he did not lose consciousness but "was seeing stars" as a Cub repeatedly screamed "We need medical attention!"

"I think he was horrified at what he saw," Puccio said.

Blood was coming out of his mouth and nose.

"I remember blood everywhere," he said in his deposition.

He was taken to Mercy Hospital and transferred to Erie County Medical Center.

"You could see the damage," he said. "If you actually moved my teeth, my nose moved because it was broken off my face."

He fed himself through a straw for a couple of months until his facial reconstruction surgery at Millard Fillmore Suburban Hospital. Two plates were inserted under his nose and two others above his lip under his eye. His teeth were wired for a week after surgery.

He returned to work in April 2014. Puccio, in his September 2017 deposition, said he had not yet pursued medical procedures to straighten his nose or correct his double vision, which required him to wear glasses.

The nose essentially healed on its own.

"My nose is bent down to the right," he said.

Puccio said supervision proved lacking during the event, which drew 20 to 25 children and adults.

Puccio's lawyer, Daniel L. Schoenborn, pointed out in court papers the "Sweet 16" safety procedures for physical activity developed by the Boy Scouts of America. The Guide to Safe Scouting calls for winter activities to be supervised by two or more adults skilled in the particular activity and that all of the Scouts should review the rules just before the activity begins. None of this happened, Schoenborn said.

During his deposition, Don A. Grande of Lancaster, the assistant Cub master at the time of the sledding event, was asked about the supervision.

Was anybody assigned to stand at the top of the hill and control the manner the boys went sledding?

Was there anybody at the bottom of the hill to observe how they were coming down?

Who was charged with controlling the manner in which the sledding occurred?

"I controlled the manner that my son sledded," he said.

How about other Scouts? Did you control any of them?

Michael Frys of Lancaster, the committee chairman, said each Cub had to come with a parent.

"Basically, it was a family event," Frys said. "So the parents would end up watching their own child."

Just saying Puccio assumed the risks of sledding ignores the safety rules drafted by and for Scouting organizations to avoid the kind of accident that injured him, Schoenborn said at a recent court hearing.

"If proper supervision was in place, there would have been some direction to these boys that perhaps they should wait a few seconds" before sledding down the hill, Schoenborn said.

Lawyers for the defendants had their own questions when deposing Puccio.

Every year of your life during winter, it snows, right?

Every snowfall creates some slipperiness. Is that true?

Sleds are meant to go down a slippery snowy slope, right?

Did you notice any parent monitoring his or her child in any way different than what you were doing with your child?

Defense lawyers said Puccio stayed long enough to be aware of the amount of supervision at the event, which involved "nothing beyond typical sledding activities of 9- and 10-year-old boys," said Vincton, the lawyer for one of the Cubs.

"The risks of sledding are open and obvious," said David Stillwell, who represented the organizations and Cub leaders.

Bannister, in dismissing the lawsuit, ruled Puccio assumed the risk.

He undercut his argument that Scout leaders failed to follow rules by the fact that he "was the den leader of at least two of the boys in attendance and was present during the meetings in which the planning for the sledding event was undertaken," Bannister said.

Puccio asserted he believed other Cub leaders were supervising Cubs at the top of the hill. But he answered no when asked if at any time during the evening he had instructed any of the Cubs on safety rules, Bannister said.

"By taking part in the activity of sledding, and having observed other people going down the hill, (Puccio) assumed the risk of being struck by a sled," she ruled. 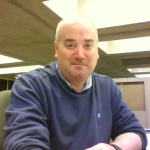