The Empire State has some of the finest freshwater sport fisheries on the planet and many of them are here in Western New York. The combination of species diversity and the trophy aspects of those species is truly special. Lake Erie, Lake Ontario, the Niagara River, Chautauqua Lake, the Finger Lakes … the list is a long one.

In the most recent Bassmasters Top 100 Bass Lakes of 2019, the top pick is a 50-mile stretch of river – the St. Lawrence River in an area most refer to as the Thousand Islands. What made the selection easier was a Bassmaster Elite Tournament held in August 2018, when the winning catch for four days of fishing was 95 pounds, 3 ounces of smallmouth bass. That’s a total of 20 fish at five keepers per day for the winner. During the contest, 1,335 bass were caught that averaged nearly 3.85 pounds.

Checking in at No. 10 in the country is Lake Erie, within a 30-mile radius of Buffalo. Bassmasters staffers make this area a regular stop in the spring when an outdoor media event is held in May because of the quality and quantity of the bass.

This most recent ranking reflected on the FLW Costa Series contest last summer when weather allowed only one day of fishing. However, in that day, the winning catch of 24 pounds, 4 ounces of smallmouth bass took the top prize. Way down the list at 44th place, that angler still had a 20-pound bag of bass. Yes, New York’s bass fishing is known around the country. But it doesn’t stop there.

In the breakdown for the top 25 bass spots in each of the four sections of the country, the Northeast saw the St. Lawrence River check in at No. 1 and Lake Erie at Buffalo (within 30 miles) No. 3. Checking in at No. 6 was Lake Champlain, a shared resource with Vermont. Nos. 12 and 13 were Oneida Lake and Cayuga Lake, respectively. Sliding in at No. 23 was Chautauqua Lake. 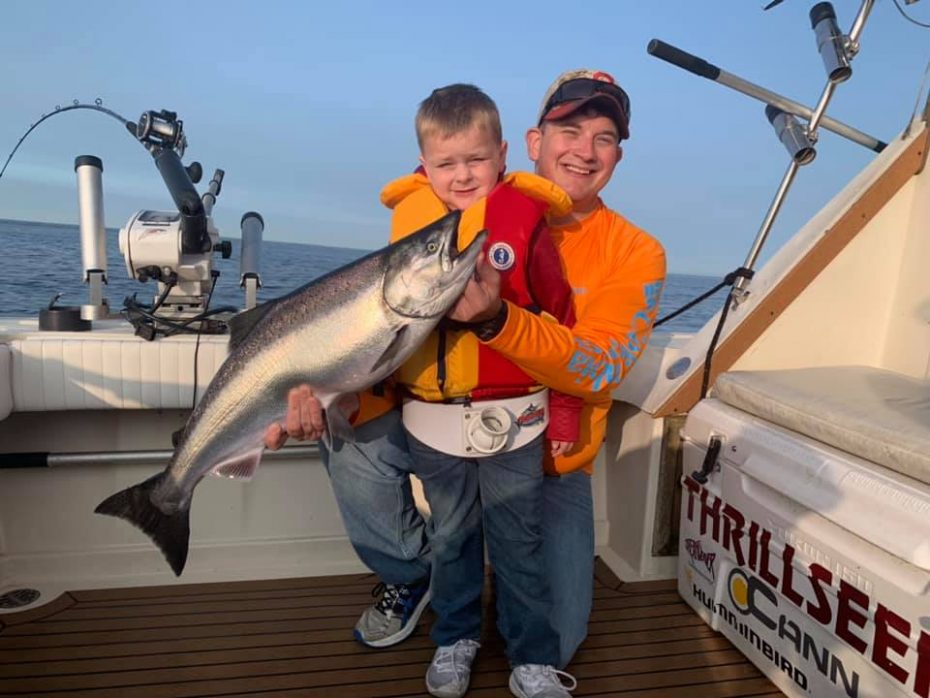 Lake Ontario has some big bass, too, but the big focus that attracts anglers from around the world is chinook salmon. It’s one of the reasons that this popular lake and its corresponding tributaries make it New York’s most heavily fished body of water. Due to record-high water levels and damages along the shoreline in 2017 and again in 2019, and the resulting negative press, people have stayed away from this Great Lake. But they shouldn't.

While you do have to honor a 5-mph speed limit within 1,000 feet of the shoreline and keep your eyes on the water ahead due to floating debris, the fishing has never been better. Last year, the salmon catch rate was at an all-time high. There also was a record catch rate in 2017, when the lake experienced the least amount of boat trips since records have been kept.

The catch rate for the top four species of trout and salmon in 2018 – chinook, coho, brown trout and steelhead – was at an all-time high in Lake Ontario according to an open lake creel census conducted annually by the state’s Department of Environmental Conservation. So far in 2019, the trout and salmon action has continued to be outstanding.

One of the encouraging things for the counties along Lake Ontario is that everyone is catching salmon at a consistent rate. While it may not be unusual in the western basin of the lake, such as off Niagara and Orleans counties, catching spring and early summer salmon off places like Oswego County was more of an anomaly. Now anglers have come to plan on it.

Some experts have pointed to the successes of the pen-rearing projects in the eastern basin as one reason for salmon hanging around. Others speculate that alewife disbursement, the favorite baitfish of Pacific salmon, as a key component to the reason salmon are more spread out in the lake. Whatever the case, it is making anglers happier.

One of the lake's biggest promotional tools is the Lake Ontario Counties Trout and Salmon Derby held in the spring, summer and fall. The big one is coming up Aug. 16-Sept. 2, when more than 6,000 anglers will compete for the $25,000 grand prize for the biggest salmon. More than 40 states are usually represented in this annual contest. Check loc.org for details.

From a fishing standpoint, Lake Ontario is alive and well. Make every effort to hire a charter or get your own boat on the water to take advantage of some excellent fishing. And while you are in town, grab a bite to eat, visit the wineries and breweries or do a little shopping at the small, quaint shops. 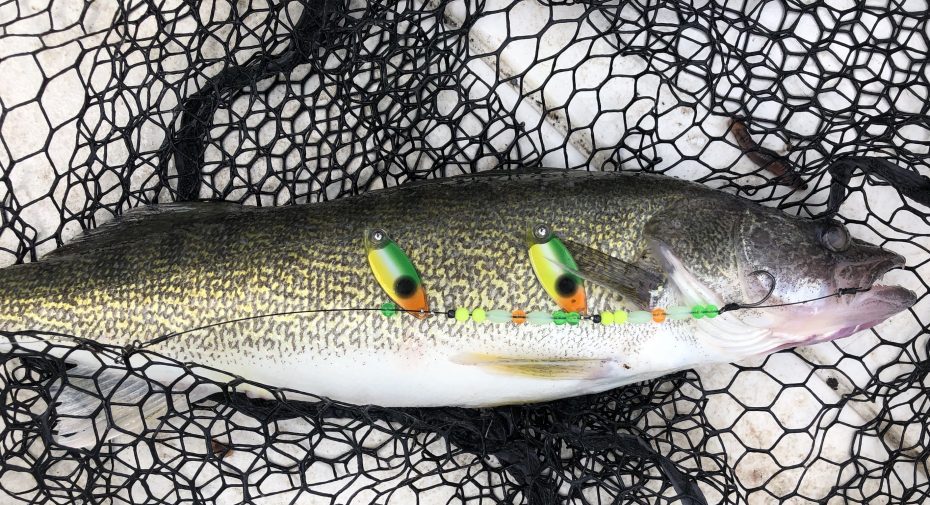 Since we are talking about world-class fisheries, we must mention Lake Erie’s phenomenal walleye fishery. With a population estimated in excess of 45 million fish, this popular lake is coming off a record catch rate in 2018.

“Walleye fishing quality in New York waters has been at record levels for the past two years, with 2018 being the highest catch rate in the 31-year creel survey,” reports Dr. Jason Robinson, the DEC Lake Erie Unit Leader. “The walleye catch rate in 2018 was 0.74 fish per angler hour.  To put that in perspective, the 31-year average catch rate is 0.2 per hour, so we are talking about a catch rate that is over 3.5 times higher than average.”

Catching walleye this year is every bit as good as it was last year, too.

The Sunset Bay Walleye Shootout, one of Lake Erie’s big fishing contests, is July 19 and 20. It’s the biggest one-day walleye shootout in the country, offering more than $150,000 in cash and prizes. This year, it has attracted people from at least 17 states.