It was difficult to find people eager to talk about the all the excitement and disruption happening this week in two small Western New York communities.

Maybe that's to be expected when all the fuss is about a movie called "A Quiet Place 2."

The sequel to the hit 2018 horror film will start local production on the shores of Lake Ontario in Olcott on Wednesday night. In the Village of Akron, businesses along Main Street are sporting new facades, and Route 93 between Buffalo and Church streets will be closed to traffic from July 15 to 25, according to the state Department of Transportation.

While details about the movie, including the production schedule, are hush hush, it's no secret that this film will have an impact on the Buffalo area and its film community.

"This is a very large magnitude movie with a lot of people working on it," said Tim Clark, film commissioner for the Buffalo Niagara Film Office. "It will have a significant impact, both economically and otherwise, on our area. It’s a real calling card for the film industry in Buffalo area."

The original "A Quiet Place" from Paramount Pictures grossed more than $340 million worldwide and was a hit with fans and critics. It starred real life husband-and-wife John Krasinski and Emily Blunt as a couple trying to protect their family from creatures that hunt by sound. Krasinski is again the director and writer for the sequel; Blunt also returns. 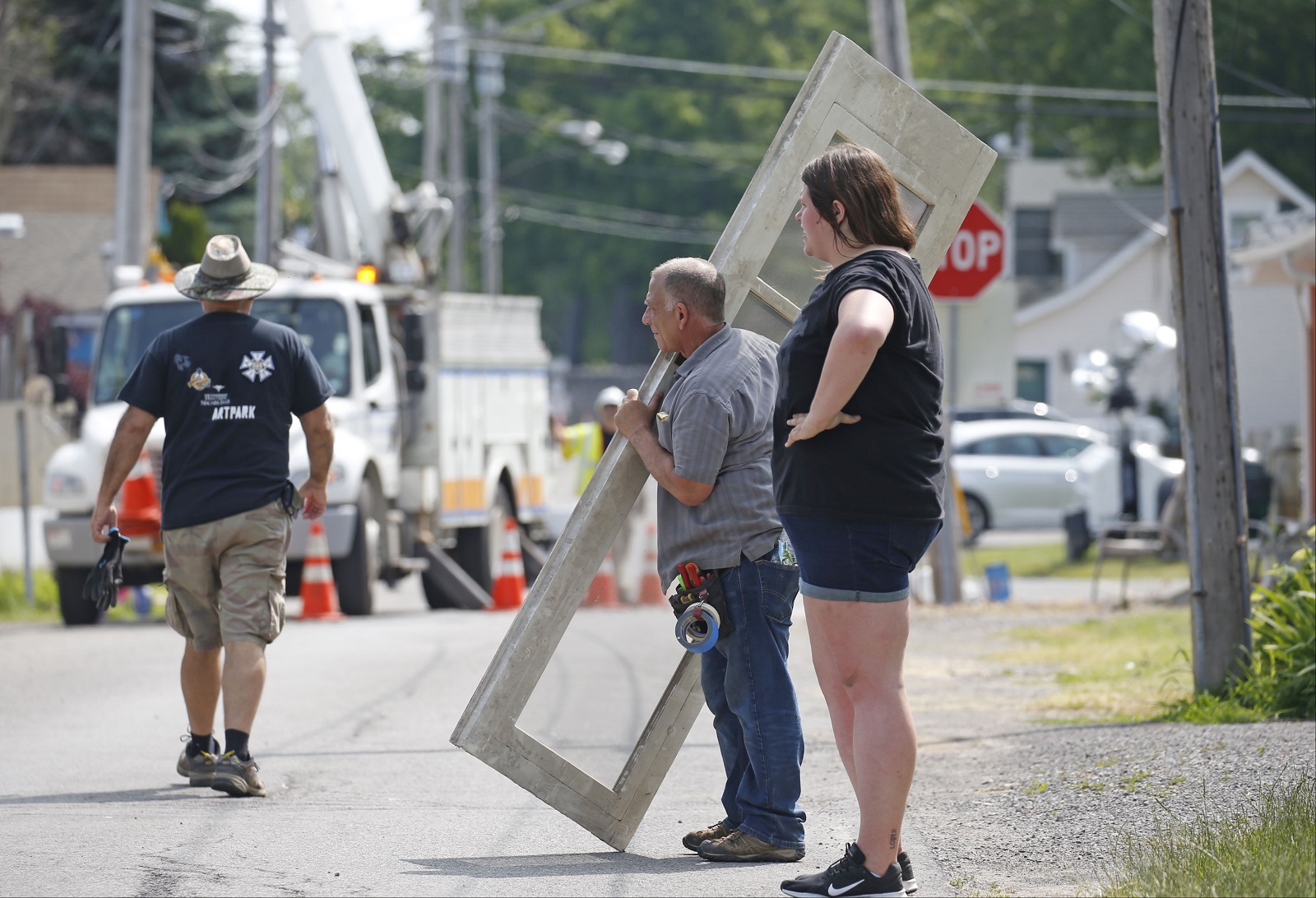 Krasinski had been spotted in locations around the region in recent weeks as he scouted sites for the film. There were no sightings of either star Tuesday, but in Olcott Tuesday, dozens of crew members were busy in the hamlet setting up for the shoot.

Residents on Ontario Street, the closest street to the lake, were paid $500 each by the Paramount Pictures team to not cut their grass for three weeks, said Stephen Jerge, who lives on the street.

"No cars can be in the vicinity, starting (Wednesday), and our lights can't be on," Jerge said.

Newfane Supervisor Timothy R. Horanburg said he was informed a couple of months ago that the movie producers had chosen Olcott.

A National Grid crew was using a bucket truck Tuesday to swap out the regular street lights with special ones provided by the filmmakers.

"They'll be able to manipulate the lights, dim and flicker," said Marty Lang, a National Grid crewman. "It kind of worked out. We were going to replace the heads (of the street lights) anyway." 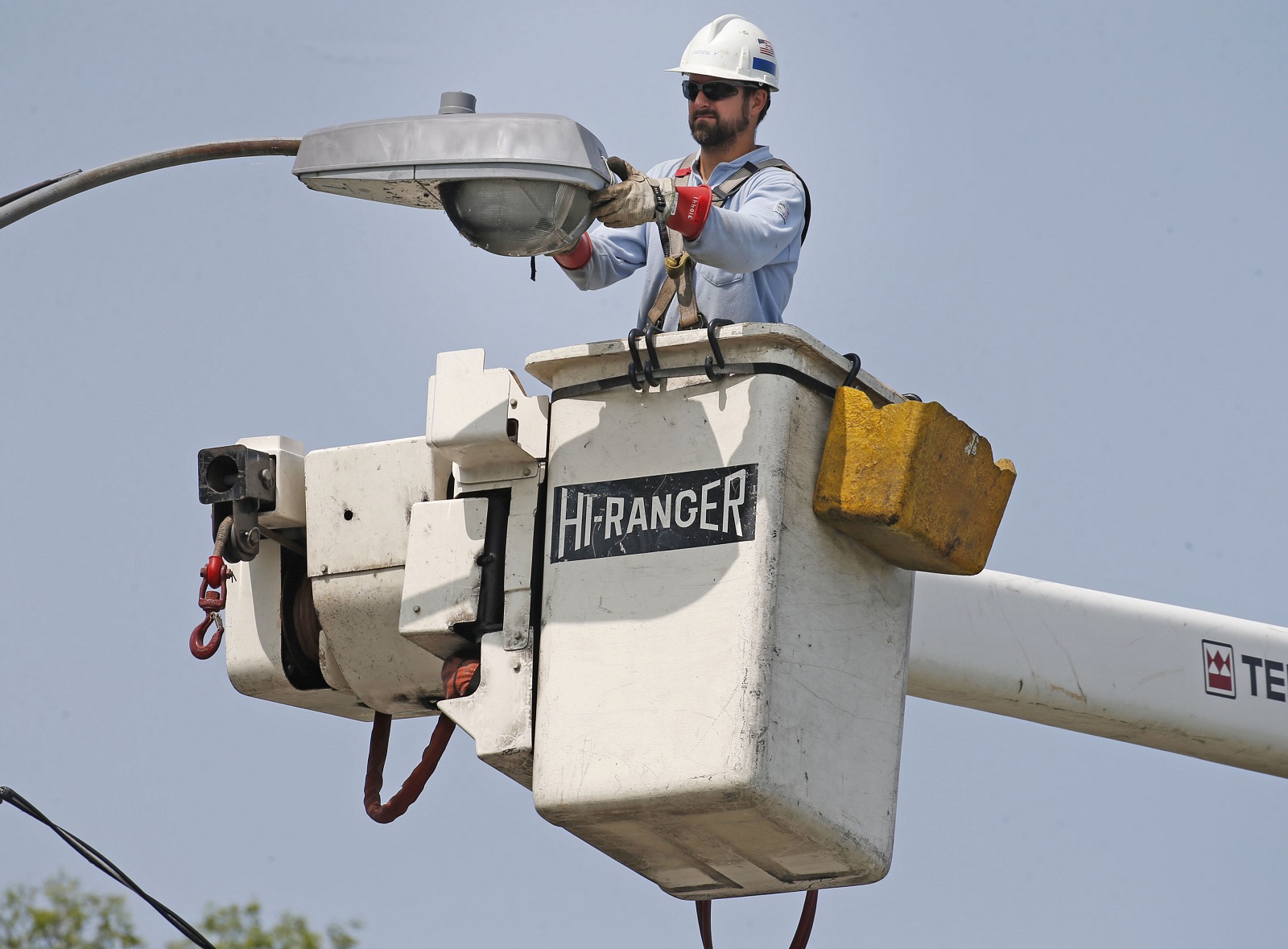 Brian Marmo, a lineman for National Grid, was changing out the street lamps so that the film crews could have access to the lights to dim and flicker them as needed. (Robert Kirkham/Buffalo News)

After the filming is over, the electrical crew will return to Olcott and replace the normal lights, Lang said.

Clark said the excitement in Olcott reminded him of when Paramount was last here in 2015 to shoot scenes for "Teenage Mutant Ninja Turtles 2" on Route 33, the Kensington Expressway.

[Related: The Kensington is the best part of "TMNT 2"]

"When people see you can handle the big stuff and move mountains to get things done — like shutting down the 33 — they come back," he said. "We've shown we are capable of movies of all sizes from the big ones to the smaller ones."

Several members of the movie crew said they weren't allowed to speak about their work, even though they said they had not seen copies of the script.

"They couldn't tell (us) what it was about," Jerge said.

"Everybody on our crew, everybody that we're working with has signed NDAs," location director Sean McManus said, referring to nondisclosure agreements. "I want to protect the privacy of our crew and the material that we're filming."

However, dead leaves are apparently involved. A crew member was seen Tuesday spreading out piles of dead leaves on blue tarpaulins in a vacant lot.

"I knew something was going on. There were a couple of limo buses here last week," said Jeff Geer, an Olcott resident who had not been contacted by the filmmakers.

"It's cool. I might have to call in sick," said Geer, who works at the General Motors Components plant in Lockport. 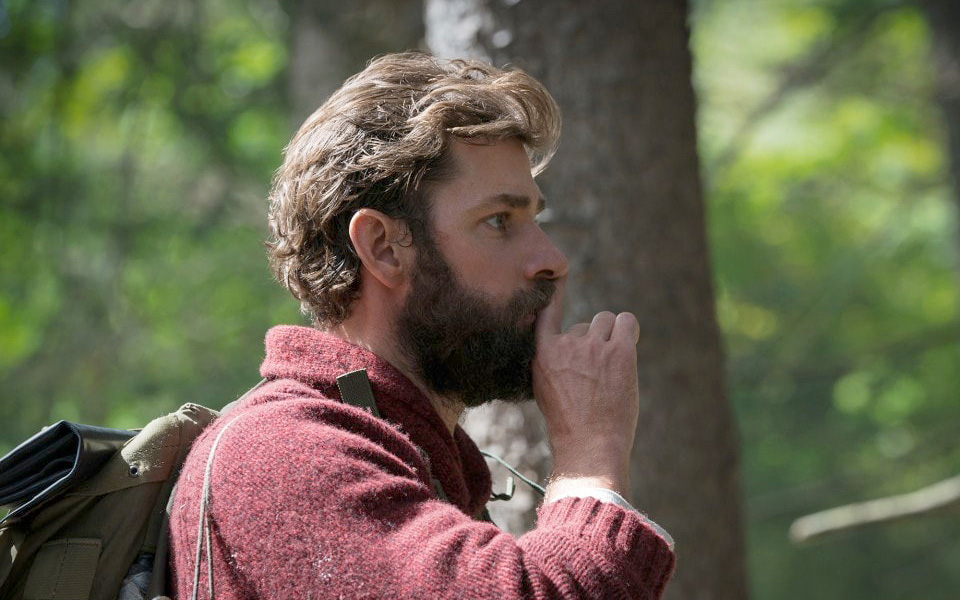 Although many of the crew members were from outside the area, some were from the Buffalo Niagara area. Unions involved included Stagehands Local 121, International Alliance of Theatrical Stage Employees Local 52, and Teamsters Local 817.

Christine Brueckner, the emergency medical services captain at the Olcott Volunteer Fire Company, said she was working as the set medic. Most of her work involved giving bandages to crew members who had cut themselves while handling equipment.

"The fire company will be responding in case of any major medical problems," said Brueckner, who has been working on the film for 3½ weeks, although Tuesday was her first day at the Olcott location.

She said she has worked on three other locally filmed movies — "Deadly Shores," which was filmed in part at Golden Hill State Park in Somerset, and "Stage Killers" and "G.O.D.," both shot on various locations in Buffalo.

"This is my largest," said Brueckner, who added that a third Western New York location, which she wouldn't disclose, is being used by "A Quiet Place 2."

Olcott has been one of the hardest-hit areas for flooding and erosion by record-high waters in Lake Ontario this year. Publicity about the filming may help the hamlet's businesses, Jerge said.

"Ultimately people stay away, because they think there's nothing to do or because of the devastation," Jerge said. "This shows things are happening."