It's 9 a.m., and the captain is laying out the day's plan to crew members aboard the S/V Denis Sullivan, a Great Lakes schooner docked at Canalside.

Capt. Tiffany Krihwan, 46, has commanded the three-masted, 137-foot long Denis Sullivan since 2008. She's the only female among the 12 captains whose ships are docked along the Buffalo waterfront this weekend.

Growing up in Erie, Pa., Krihwan (pronounced Kree-wan) said she wasn't raised with gender stereotypes dictating what girls could or couldn't do.

"I broke the mold right away," she said. "I preferred to cut the grass than do the laundry."

So as she got more and more interested in sailing, the idea that she couldn't compete in the sailing world – whether as a competitive racer or as a ship's captain – didn't cross her mind, she said.

In 2008, when she was named captain of the Denis Sullivan, there were only a handful of women commanding the 100 or so tall ships operating in the United States, Krihwan said.

Today, she says, women command at least 10% of tall ships.

In comparison, women represent just 2% of the overall commercial maritime industry, according to the Seafarer Collective, a nonprofit maritime organization.

The tall ships like the Denis Sullivan and others visiting the Buffalo waterfront focus on teaching maritime history, environmental research and offering sailing opportunities.

The tall ships world is generally liberal, and gender isn't an issue with crew and officers, Krihwan said.

She has, however, put up with sexist comments from some members of the public not used to seeing women commanding ships.

There are also comments, she said, from some of the ancillary maritime operations – such as radio or office staff she sometimes has to deal with. "Things like, 'Let a guy do that,' " she said she has been told, referring to activities that might require a certain level of strength.

Krihwan, who is thin but "strong for her size," says a captain's job requires strong thinking skills more than physical power. 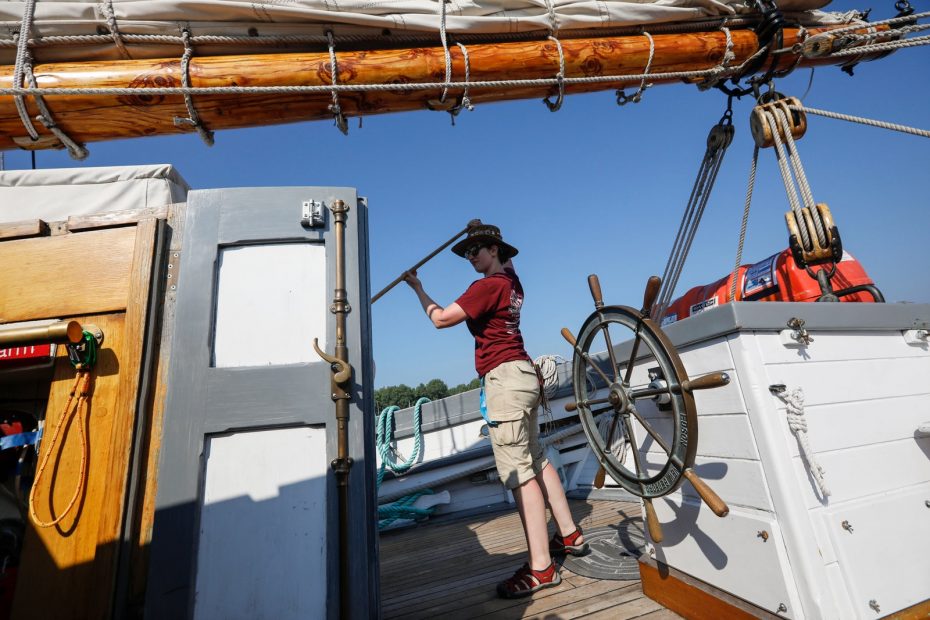 Deck hand Mariah Clark does some cleaning on the deck of the schooner Denis Sullivan while preparing the ship for tours at Canalside. Half of the crew members are female. (Derek Gee/Buffalo News)

Krihwan's love of sailing began on Lake Erie when she was 10 years old, and her grandfather took her sailing in Presque Isle Bay off the shores of Erie, Pa.

Soon she was competitively racing at the Erie Yacht Club, where she also taught sailing in her late teens and early 20s while attending Edinboro University of Pennsylvania.

Krihwan studied environmental science and biology in college, thinking she might work on a research ship of some kind, she said.

But her first job out of college was in Buffalo, working at a company that built sailboat masts. She also taught sailing lessons at Seven Seas Sailing School in Buffalo at the time, she said. 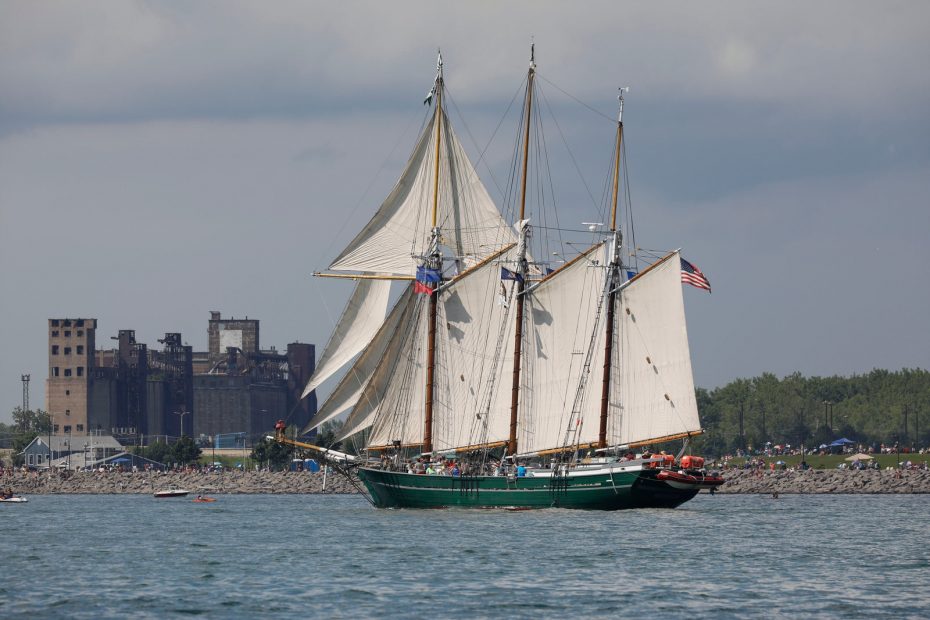 The Denis Sullivan sails in the Outer Harbor during the Parade of Sail. (Derek Gee/Buffalo News)

Krihwan said she wasn't initially thinking of getting a captain's license. "It wasn't on my radar."

But others she was working with at the sailing school were studying for their licenses, which were needed to teach sailing on larger boats, she said.

Krihwan joined her co-workers in a study group, took the exam and earned her captain's license.

After two years in Buffalo, Krihwan returned to Erie, Pa., with her license. She worked as a captain on dinner cruises for a short time before her sailing career with tall ships began in 1997, when she was appointed chief mate of the Appledore IV, another tall ship in Buffalo this weekend.

She later served as captain of the schooner Roseway, whose home port is Boston, chief mate of the Pride of Baltimore II and as relief captain on the Exy Johnson, a brigantine based in Los Angeles.

In 2008, Krihwan worked on the tall ship Unicorn before taking command of the Denis Sullivan.

While her sailing sometimes takes her to ports throughout the United States for part of the year, the Denis Sullivan is based in Wisconsin, which is where Krihwan lives with her 10-year-old daughter and partner. The two sometimes visit Krihwan at the ship's ports when the Denis Sullivan leaves its home base, she said.

Krihwan says she tries to serve as a role model for other girls and women interested in sailing, and said she is glad to see more women entering the field.

But that's not yet the case, as evidenced by the reaction of two women who learned about Krihwan while visiting the tall ships.

"I love it," Karen Krawczyk of Grand Island said when told the Denis Sullivan was captained by a woman.

"We assumed all the captains would be male," said her friend, Karen Kessler.