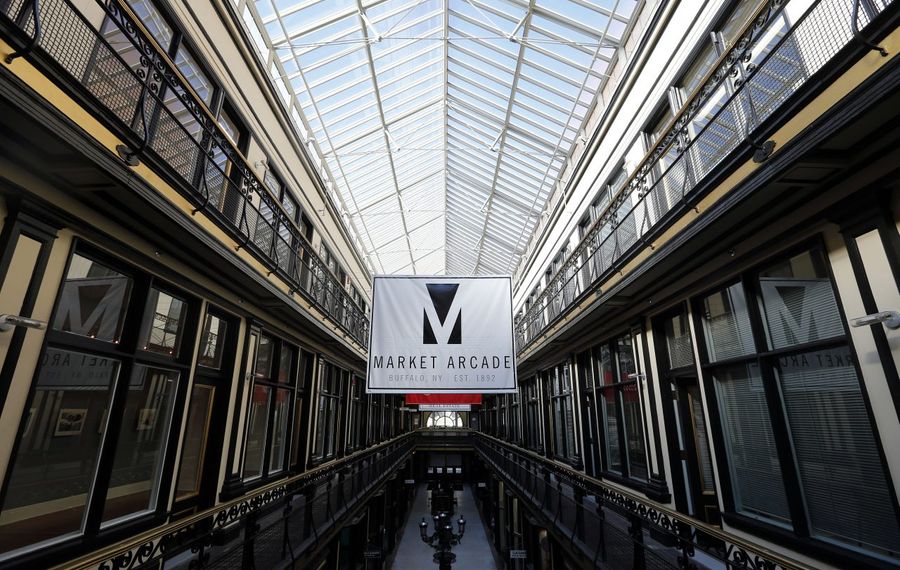 Four local women-owned retailers are participating in the latest round of the Queen City Pop-Up program in downtown Buffalo, occupying free space on Main Street for two months to test their wares in the market.

The summer edition of the popular program – hosted by Sinatra & Company Real Estate at the Shops at Market Arcade at 617 Main – began June 27 and will run through Aug. 31. Hours are 10 a.m. to 6 p.m. Monday through Friday and noon to 4 p.m. Saturdays.

“We are thrilled to bring Queen City Pop-Up back to the Shops at Market Arcade, where there is so much synergy between the retailers, who are bringing new energy to the downtown area and giving residents great new places to shop,” said Brandye Merriweather, vice president of downtown development at Buffalo Urban Development Corp.

This summer's program will feature:

Sponsored by BUDC, Buffalo Place and Working for Downtown, Queen City Pop-Up is designed to encourage more retail activity along Main Street by filling empty storefronts with young retailers free of charge, on a short-term basis. That draws in more shoppers, while allowing new businesses to get a boost on their customer base.

Of the 33 retailers who have participated in previous editions, eight have opened permanent stores, including Rust Belt Love, Yar Mo’s Muse, MMW Style Studio and Buffalo Barkery on Main Street; Kissed by the Sun Spices and Najah Sauces at the Broadway Market, Ten Thousand Villages on Elmwood Avenue, and Phenominal Xpressions on Hertel Avenue.

“As we continue to grow Buffalo into an inclusive city of opportunity for all, the Queen City Pop-Up program complements our effort to draw more people into downtown’s central business district to shop – and to cultivate an environment for local small businesses to thrive,” said Buffalo Mayor Byron W. Brown.