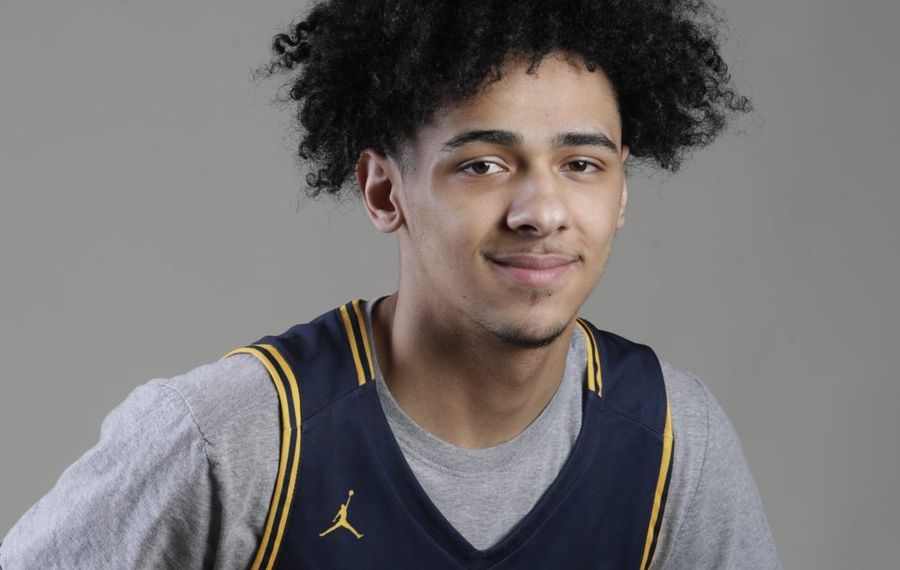 Jalen Bradberry, an All-Western New York second-team selection last season at Niagara Falls, has announced his intention to transfer to the Park School.

Bradberry made the announcement late Thursday night on Twitter with the words, "Happy 4th y'all," the school logo and a caricature of himself with a No. 3 Park jersey. He changed his Twitter bio to say Park School Class of 2021.

“I made this decision to transfer to Park mainly because of academics,” Bradberry said Friday in a text message to The News. “I talked to my parents and we came up with the best fit to prepare me academically and socially for college.

“Park has a great tradition academically and athletically. They have a great coach that I think will help me grow as a player along with a year-round commitment to developing guys physically along with athletically. Their school and program is a tight family and that’s important to me.”

The 6-foot-3-inch Bradberry averaged a team-high 19.3 points, 3.1 rebounds and 3.2 assists to help the Wolverines win their fourth straight Section VI Class AA title and advance to the state semifinals for the first time since 2009. He set a school record by making 11 3-pointers during a 40-point effort versus Kenmore East.

Bradberry enters his junior season with 1,326 career points, within 1,050 of Dominick Welch's all-time record. Welch, who now plays for St. Bonaventure University, had 1,100 points after his sophomore season, according to MaxPreps.com.

Bradberry will be playing varsity basketball for his fourth school in four years. He played for Niagara Wheatfield as an eighth-grader and was the Manhattan Cup Class B MVP in 2017-18 at Niagara Catholic before the school closed. He then went to Niagara Falls in order to continue to be able to play with his friends.

“It was difficult leaving most of the kids I grew up with, but at the end of the day school comes first and they understand I had to do the best thing for me,” Bradberry said. “This last season was full of ups and downs and always will be a season to remember. Those will always be my brothers. Even though the season didn’t end as we wanted it to we went out on that court every game and gave it 110 percent.”

The transfer to Park could allow him to move to point guard. Park is losing Noah Hutchins, who was named the Allen Wilson Buffalo News Player of the Year. Bradberry played mostly off the ball at Niagara Falls while Willie Lightfoot, an All-WNY selection as a freshman, ran the point.

“Definitely, I will be playing my natural position now at PG,” Bradberry said. “Previous years I haven’t been able to play all PG because I would have more than one point guard on the team and with my height I would get pushed to the 2 or the 3.

"Park has a few young guys that I’m looking forward to leading. I think we can do really good things.”

Bradberry's father, Carlos, was a Niagara Falls assistant and had applied for the head coaching position following the departure of Sal Constantino. The job went to Brent Gadacz, who has been an assistant, modified head coach and JV head coach for the Niagara Falls Schools District for the past 24 years.

“The coaching change was not as much of a factor,” Carlos Bradberry said. “Basketball is going to work out wherever Jalen goes. We feel, from a family perspective, that for Jalen to be college ready, academically and socially, the Catholic school environment is a huge change from Niagara Falls. We think he’s really going to benefit from being at a smaller, private school. And obviously, Park is very good athletically. So it’s a win-win, we feel.”

Carlos Bradberry, a former All-Western New Yorker who played for Niagara University and the University of New Hampshire, said he expects Jalen will finish his high school career at Park.

Jalen is playing AAU basketball this summer with the Albany City Rocks 16U team on the Nike Elite Youth Basketball League circuit. He has been invited to participate in an NCAA youth development camp July 26-28 at the University of Connecticut. He currently holds Division I scholarship offers from Buffalo, Niagara, Siena, Bryant and Stony Brook, and said he plans to take an unofficial visit to Youngstown State later this month.