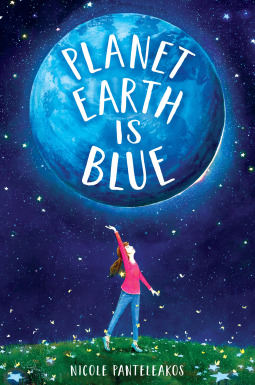 This poignant debut novel, partly inspired by the author's own experience, does a wondrous job presenting the perspective of an autistic girl who has spent her young life shuffled from one foster home to another with her older sister. Twelve-year-old Nova, who is nonverbal and unable to write, has always depended on her  sister Bridget to be her rock, her intermediary, to fend off bullies and clueless adults, to understand her sensory issues, to read her chapter books, to talk to her about space exploration.

But now Bridget has disappeared, and Nova has entered a new foster home which means attending a new school. Nova misses her sister terribly. The year is 1986, and the sisters have been looking forward to the Challenger launch carrying schoolteacher Christa McAauliffe, the first civilian to go up in space. Nova is convinced that Bridget will return in time to watch the launch with her as she promised.

The author has wrapped a mystery inside this poignant portrayal of a sisterly bond and a brave girl dealing with the immense challenges of her neurodifference. She lets us hear Nova's voice through her journal entries to Bridget, an effective way to highlight Nova's rich inner life and the isolation and frustration she experiences when people don't comprehend what she is trying to say.  (This includes her longtime social worker and her clueless teacher's aide.) This is a remarkable tale of love, heartbreak and reaching for the stars. Nova's voice will stay with you long after the last page. 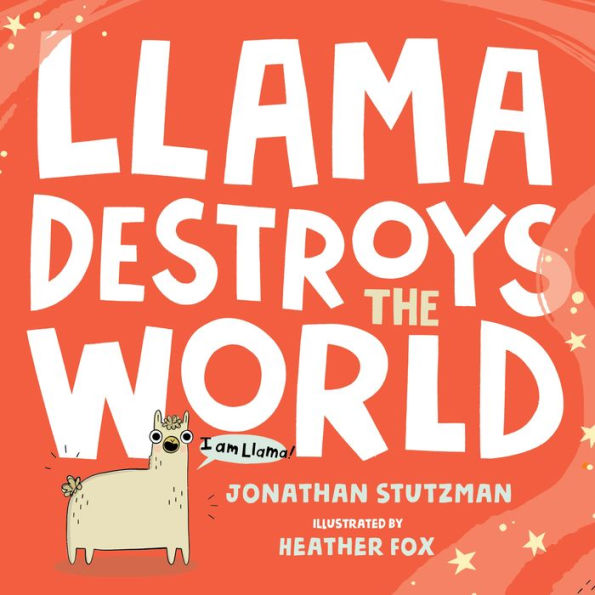 An overload of cake, a llama squeezing into his dancing pants and the sound of pants ripping result in "cosmic vibrations" that rip open a black hole in the universe in this hilarious debut picture book from a husband-and-wife team. Stutzman's tale is laugh-out-loud silly as llama makes one mistake after another,  eating "more cake than any llama should ever eat" on Monday, then squeezing into his dancing pants ("they made his butt look groovy") on Tuesday. Fox's energetic digital illustrations are perfect, depicting llama with innocent goggle eyes and planetary annihilation as a not very scary whirlwind of flying fishbowl, umbrella, pig, cake, houseplants and bicycle. And there's a happy ending: Life resumes as usual on the other side of the black hole, where llama discovers pie! 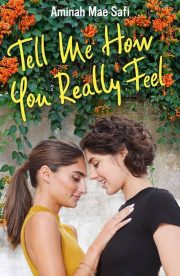 Aminah Mae Safi, author of the excellent "Not the Girls You're Looking For," offers a beguiling tale of young love between two sworn enemies, a cheerleader and a film nerd, in this witty, smart and entertaining romantic comedy which she says was inspired by her "love of the Paris Geller and Rory Gilmore ship."

Set in Los Angeles in springtime, the novel alternates narrators between Sana Khan, straight A student, future surgeon and cheerleader, and Rachel Recht, film buff and aspiring director. Without telling her family, Sana has held off paying her deposit to Princeton, secretly applying for a chance to work at a genetics hospital in India for a year. Rachel is doing independent study, writing, producing and directing a film project about Helen of Troy and counting on a full scholarship to New York University for filmmaking. Safi plays out her rom-com perfectly, starting with the meet-cute, made-for-a movie collision on the school lawn as Sana tries but fails to help Rachel when she trips while overloaded with camera equipment. Rachel realizes Sana would be perfect as Helen in her movie, but Sana has her own ideas about the script. Their growing mutual attraction and friendship takes place amid what amounts to a love letter to L.A.

Books in Brief: Not the Girls You're Looking For by Aminah Mae Safi; Game Changers: The Story of Venus and Serena Williams by Lesa Cline-Ransome 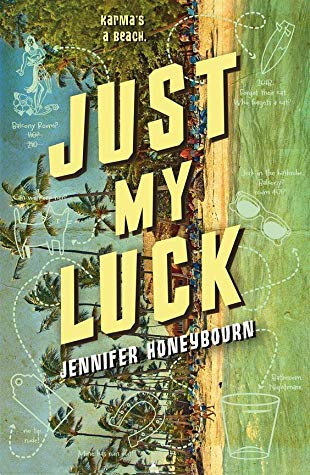 Marty is a girl with terrible luck: she catches her prom date making out with another girl, gets whacked in the head by a surfboard, breaks her cellphone, a palm tree falls and totals her car and a drunk teenager throws up on her shoes. She's convinced this bad luck is karma for her habit of stealing small items from the rooms of the obnoxiously wealthy guests she has to clean up after at the Maui Grand Palms hotel. She's also convinced that the only way to improve her luck is to figure out how to return the stolen items (a souvenir shot glass, a pair of sunglasses) to their rightful owners.

This entertaining novel from the teen romance imprint publishing under Feiwel and Friends offers an amusing narrator in Marty and a Cinderella-type romance with a wealthy hotel guest her own age. The Maui setting and the vivid local color of its beaches, hotels, funky restaurants and weird menu items, make this a fun beach read.