The best part about traveling is also the worst.

Going to new places and absorbing the culture means you’re discovering new experiences. If you’re like me, that includes local flavors. In an unfamiliar town, I want to taste their pride and joy.

Everything goes swimmingly until I come home. Never having been exposed to that delicacy, having developed no immunity to its charms, what if it turns out I’ve caught the bug?

What if I’ve brought home an itch I can’t scratch?

Fortunately, Buffalo-area restaurants are run by people who get hungry, too. With the help of readers, I’ve put together a tipsheet of places to find certain delicacies from elsewhere in the United States – or attempts at them, at least.

It’s surprisingly difficult to find some of New York State’s classic eats in the Queen City. Egg cream? You’re on your own. Spiedies, the famed Binghamton skewer? Sorry.

Cornell chicken, the celebrated chicken barbecue glazed and tenderized in an eggy marinade? If it’s Friday, you’re in luck, because Redlinski’s (1585 Walden Ave., Cheektowaga) is grilling up the prized poultry from noon to 5:30 p.m.

Have a garbage plate-sized hole in your life and can’t get to Rochester? Greek to Me (2309 Eggert Road, Tonawanda) sells “hangover plates” with french or home fries, “Texas” sauce, mustard and onions over potato or macaroni, with hot dogs or hamburgers and Italian bread. Everything a garbage plate does, except the trademark violation. 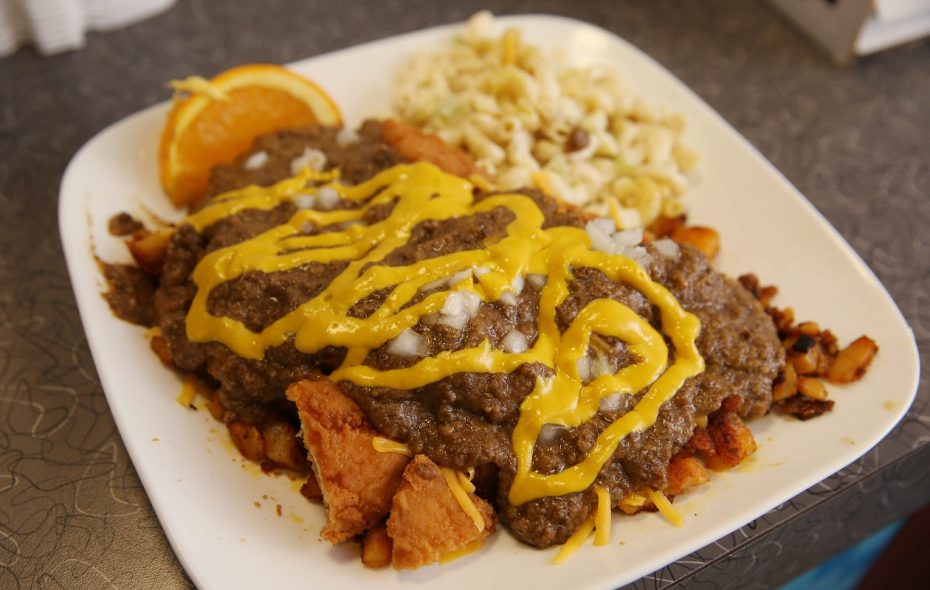 Hangover plate at Greek to Me. (Sharon Cantillon/Buffalo News) 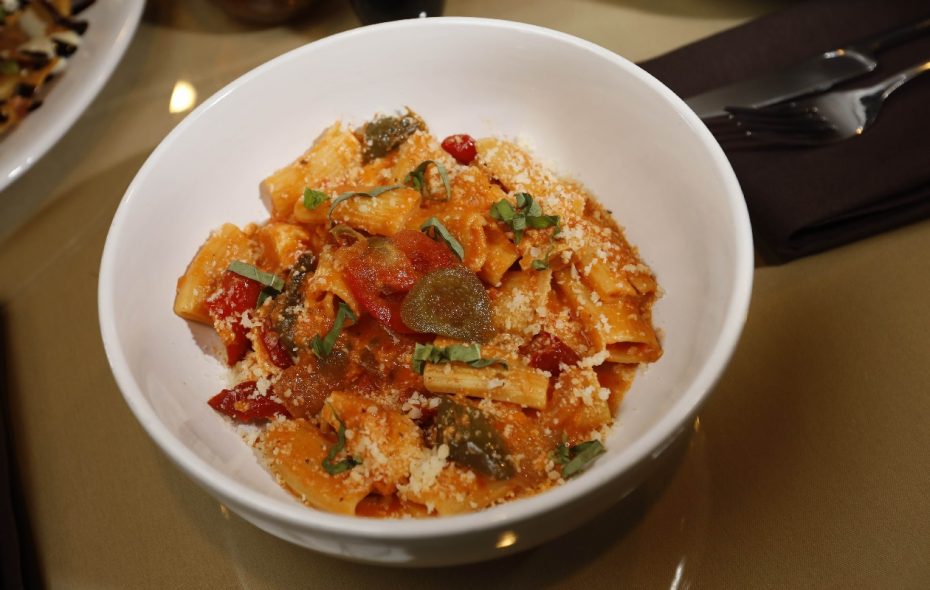 Cajun and Creole? That’s a whole 'nother bowl of gumbo, because dishes associated with New Orleans and Louisiana might be the easiest regional tastes to track down. 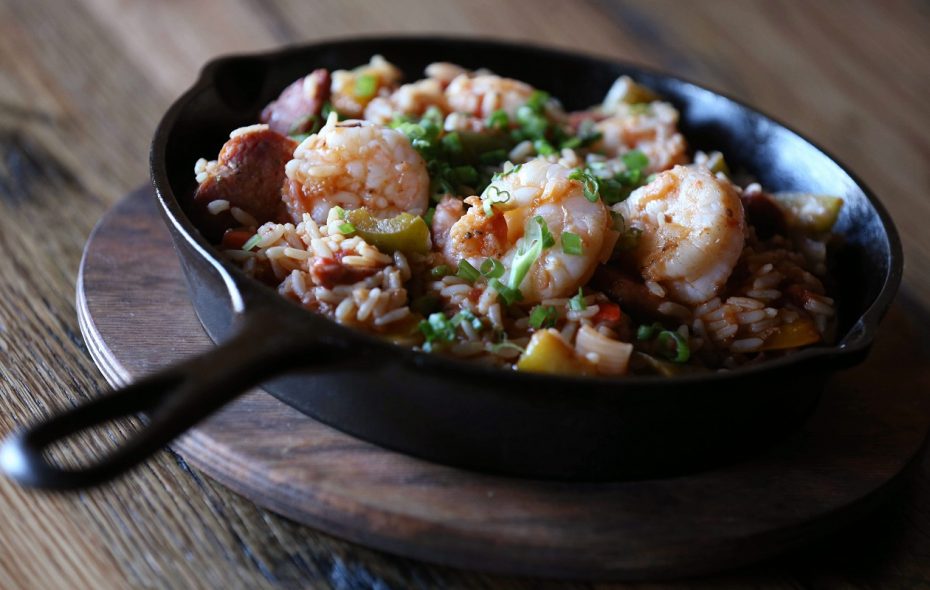 Toutant also serves my favorite hush puppies, fluffy cornmeal fritters studded with a meat or fish of the week, and the pillowlike square doughnuts called beignets.

At Dick & Jenny’s, crawfish etouffee, smothered seafood stew, is enriched with smoked andouille sausage. More Creole highlights here include shrimp meuniere, in a brown butter sauce with parsley and lemon. Solid gumbo, with a broth thickened and flavored with toasted flour, can be found in almost all of the places mentioned above.

Looking for a shrimp po-boy, with crunchy fried shrimp loaded onto a French bread loaf with lettuce, tomato and spiced mayonnaise? Chester’s can set you right. Besides Cajun seafood boils, Storming Crab has boudin balls, pork-liver-rice sausage cooked into a bite-size fritter. For red beans and rice, the smoky stew usually ladled over rice, try Louisiana Cookery, which served it with sausage or shrimp. (Where's the barbecue? Coming in its own article.) 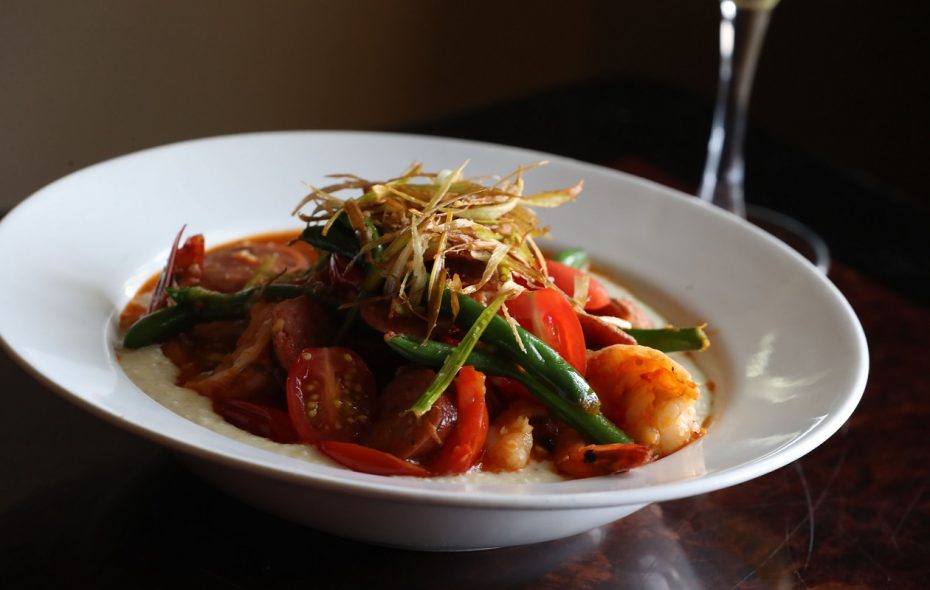 Shrimp and grits at the Phoenix at 269. (Sharon Cantillon/Buffalo News)

Speaking of which, shrimp and grits, the cornmeal-and-crustacean classic with its epicenter in Charleston, can be found in abundance. Try versions of the Low Country classic at the Terrace at Delaware Park (199 Lincoln Parkway), with roasted tomatoes and white cheddar grits, Louisiana Cookery’s bacon-topped take, or the Phoenix at 269 (269 Amherst St.), crowned with frizzled leeks.

The District of Columbia’s spicy, smoky, chili-topped half-smoke link has turned up at Frank Gourmet Hot Dogs (707 Kenmore Ave.). It’s home to another transplanted sandwich, the Oklahoma-style onion burger, which grafts a smashburger onto a pile of sweet paper-thin alliums waiting for it on the griddle. 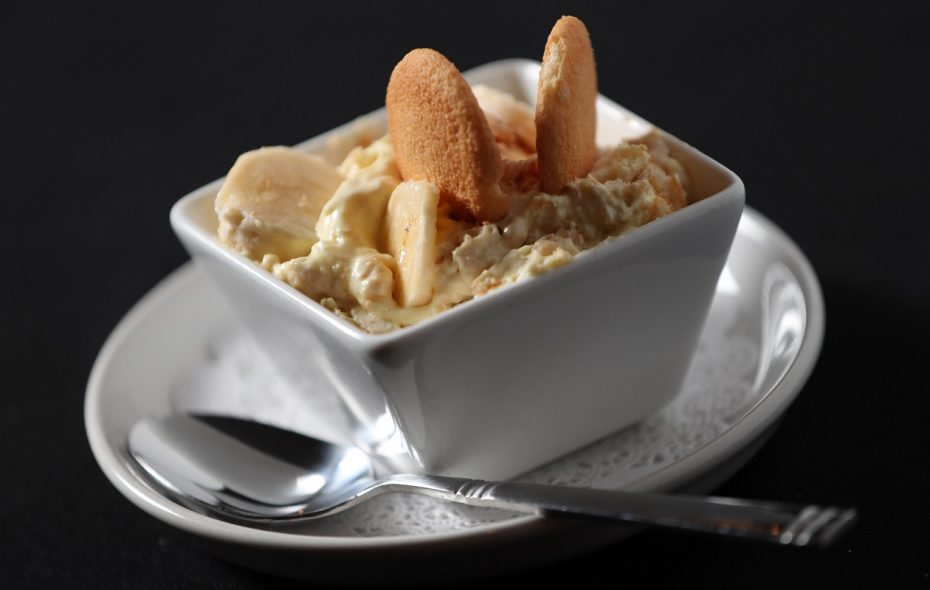 African American-centered soul food spreads, born in the South, are a Buffalo staple. The fried chicken at Je Ne Sais Quois (1673 Hertel Ave.) is all about crispy satisfaction, and the banana pudding, made with vanilla wafers, is textbook.

At Freddy J’s (195 Grant St.), chicken and waffles draw diners back, especially the red velvet waffle version. Fried catfish is just one of the specialties at Phat Katz (965 Kensington Ave.), with sides like collard greens. If smothered pork chops are on your mind, check out the Oakk Room (1435 Main St.).

From the Southwest, one may find the chimichanga, the deep-fried burrito that was born in Tucson to Mexican parents. Try Taqueria los Mayas (3525 Genesee St., Cheektowaga), La Tolteca (7530 Transit Road) or El Canelo (3670 McKinley Parkway, Hamburg). If you’re looking for New Mexican carne adovada chile stew, I have only bad news.

From Florida, conch fritters, the pride of Key West, can be located at Curly’s (647 Ridge Road, Lackawanna), which also offers a legit Key lime pie. 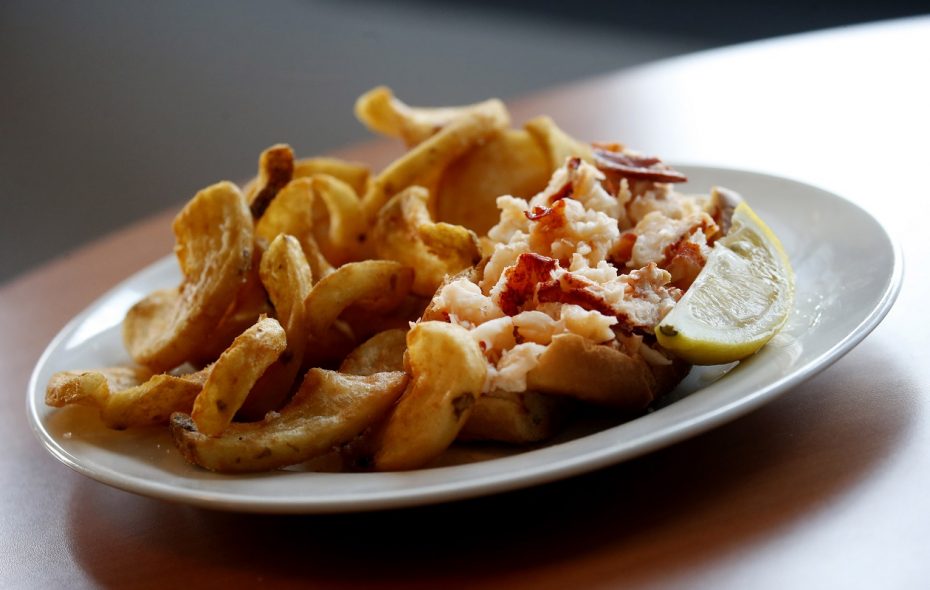