TORONTO – As it journeyed across the world over the last 90-plus years, the Picton Castle has been a bit of a shape-shifter.

The tall ship, which is on its way to Buffalo this week, began as a steam-powered fishing vessel, then swept for mines during World War II and later delivered cargo around Europe.

For the last two decades-plus – after the addition of a trio of steel masts and having circumnavigated the globe seven times – the ship named for an 11th century castle in Wales has been used to train people in sailing the way it used to be done.

“Our program is to teach people the old ways, traditional seamanship and how to actually sail a ship like this,” said Dirk P. Lorenzen, the ship’s master. “Everything’s done by hand. We do it the old-fashioned way.”

The Picton Castle will be among a dozen tall ships along Buffalo’s waterfront for “Port of Call: Buffalo.”

The four-day event begins Thursday with a “Parade of Sail” and other activities at Canalside, and the ships will be docked at Canalside, along Erie Street and at Erie Basin Marina for public viewing and visits Friday through Sunday. Tickets are required to board the ships.

[GALLERY: Step back in time aboard the Picton Castle, a tall ship headed Buffalo's way]

The Picton Castle, whose crew crafts its own cotton-canvas sails, is 179 feet long, and the tops of its sails stand 10 stories above the deck. The ship’s maximum complement is 56 crew members. The crew includes professional, credentialed personnel as well as apprentices and trainees.

On board, trainees learn various skills, including rigging, boat carpentry and sail making.

“It’s a holistic thing,” said Lorenzen. “It’s not like that we just teach people to pull on ropes; it’s a whole awareness program to become … a confident sailor.” 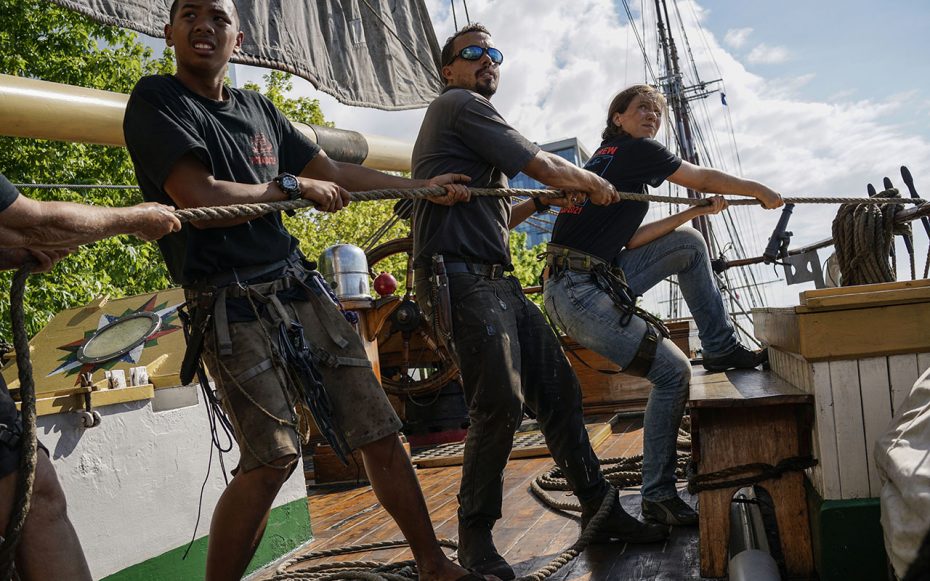 The crew works in unison to lift a smaller boat into the water at Sherbourne Common in Toronto. (Derek Gee/Buffalo News)

While the ship may be a blast from the past, there’s modern technology, too. The ship has generators that run four hours a day to power batteries to supply electricity aboard the vessel the rest of the time. The ship has a diesel engine, but power is mostly provided naturally. During the ship’s 33,000-mile, 14-month trip around the world that ended in June, Lorenzen said, sails were used for about 85% of the journey.

The cook uses a propane stove. The ship has eight freezers for food storage. There’s modern navigational equipment aboard, though the crew is also taught celestial navigation, including how to use a sextant.

In their time on the ship, every crew member is given a bunk and a locker for their gear and what they can bring aboard. That’s all the space they get.

To flush the toilets, the crew has to open and close valves and hand-pump water. 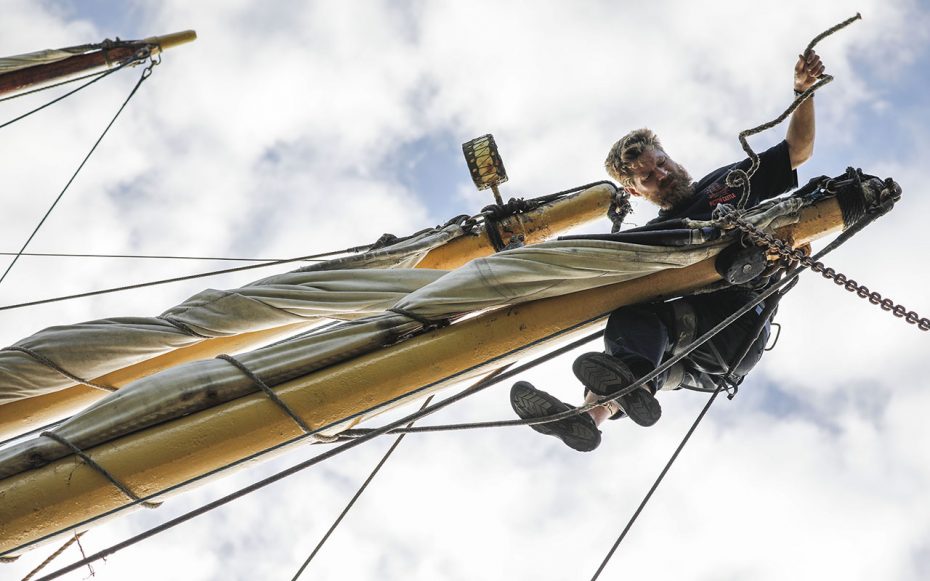 Lorenzen, 52, was in his 30s when he left Germany for Australia in the late 1990s to begin his maritime career. Life aboard the Picton Castle can be like going back in time, said Lorenzen, who started on the vessel in 2012 and was promoted to master in June.

He said life on the ship reveals a different world than the one many people experience.

The Picton Castle, which was among 10 ships docked on Toronto’s waterfront for a festival around the Canada Day holiday, will travel through the Welland Canal on its way to Buffalo. The ship is registered in the Cook Islands and its home port in North America is Lunenburg, Nova Scotia.

Gabe St. Denis, the ship’s second in command for its summer journey as part of the Tall Ships Challenge Great Lakes race, has been a crew member, off and on, for about five years.

“I like the ship, I like the mentality, and I like the idea that we can sail for real and make it happen and teach people while we’re at it,” said St. Denis, of Hawkesbury, Ont. 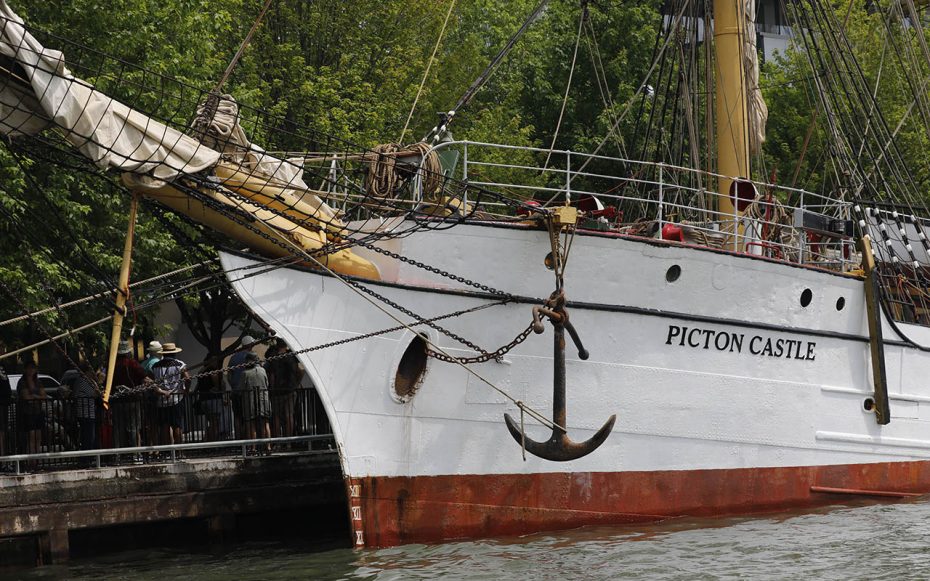 Part of the ship’s mission is to reach out to people, according to its master.

On the ship’s most recent trip around the world, there were more than 40 trainees on board representing 30 different nationalities, Lorenzen said.

The way the Picton Castle operates is unusual. “We are sort of a little bit like a unicorn – but not elusive,” he said.

“Our focus on the ‘Age of Sail’-traditional seamanship is not what anyone else does,” he said. “And that, combined with our long passage-making — we basically do what the other ships’ crews are talking about when they sit in the pub. Not that they talk about Picton Castle, but they talk about the things we do. That’s what they aspire to do, but we’re the only ship that actually does it.”

More information about “Port of Call: Buffalo” is available at portofcallbuffalo.org.