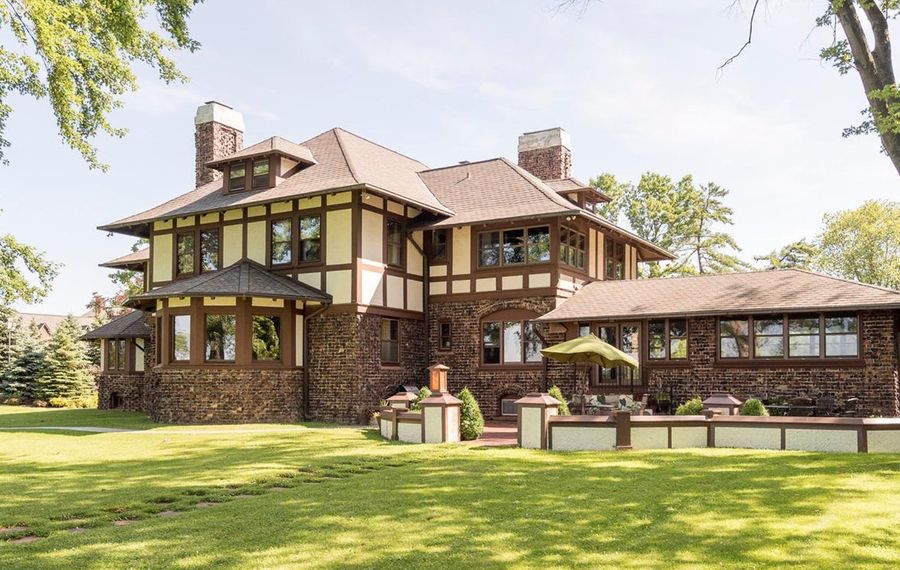 A home that puts the "grand" in Grand Island is going from an owner who was at home on a court to someone at home in one.

Oats and his wife, Crystal, had purchased the classic Tudor-style home last August for $999,900 from Robert J. Schiffhauer, founder of the Buffalo Athletic Club, and his wife, Guyanne.

The Oatses made significant renovations to the property, which was listed through Hunt Real Estate agents Sherry McDonald and Melissa Colletti for $1.3 million for the parcel including the home and $350,000 for an adjoining piece of land.

The 8,835-square-feet, three-story house on West Oakfield Road was built in 1904 but was updated over the years. It has a facade of brick, wood, stucco and stone, waterfront views, a 60-foot pool and a vintage bowling alley.

It has six bedrooms, four bathrooms and 250 feet of waterfront on 4.2 acres. It also boasts a billiard room, veranda and detached three-car garage.

"My wife, Paula, and I have been wanting to move to the waterfront for a long time, so we finally did it," Cambria told The Buffalo News.

The longtime residents of Clarence's Spaulding Lake subdivision looked at the home last year but opted not to buy it then because of the necessary updates the Oatses performed after buying it.

"I've got a real job," Cambria said with a laugh. "I don't have time to devote to this. So we passed on it."

Cambria said the home is smaller than their current home, but it still has plenty of room for the couple and the two of their six children who still live at home. The extra bedrooms eventually will serve visiting children and grandchildren.

"It's this home to the rest home," he quipped.

Cambria said it was a pleasure meeting Nate and Crystal Oats during the purchase process.

They listed the home after Nate Oats took a coaching job with the University of Alabama.

"He said they found a really nice place on the water again," Cambria said.

Cambria said the couple had a moving truck at the home on Saturday, along with a Raymour & Flanigan van. When Cambria asked why, they said Crystal Oats had bought new furniture she didn't think she could find in the Tuscaloosa, Ala., area.

Cambria said he and his wife will list their Clarence home for sale soon and move onto the island over the next month.

He said, after years of letting someone else mow the grass, he may have to buy a lawnmower for his new property.

His wife said, "You're going to mow the lawn?"

Cambria replied, "I know how to mow the lawn."

He said he may listen to continuing legal education audio recordings over the hours it will take to mow the property.