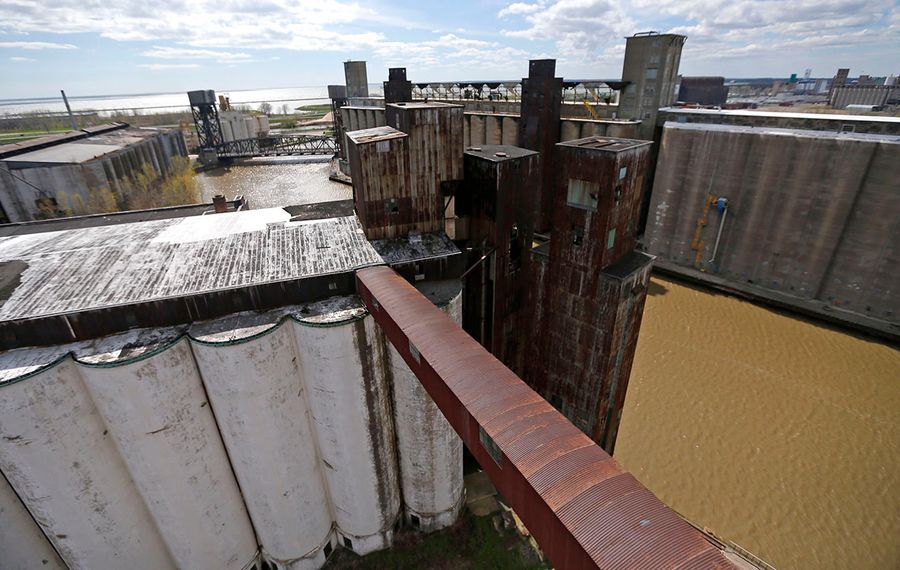 The developers behind a proposed redevelopment of the Silo City complex into apartments and an arts colony are seeking an adaptive reuse permit from the Buffalo Common Council to allow a residential use in a zoning area that doesn't currently allow it.

Miami-based Generation Development Group, along with Silo City owner Rick Smith, wants to convert the peninsula of more than a dozen old grain silos and warehouses into a new live-work-play community, with more than 150 market-rate apartments, affordable workforce housing units and artists' lofts. Plans for the $40 million project may ultimately include gallery spaces, studios and other uses to meet the needs of visual artists, musicians and early startup businesses.

The developers initially sought to change the zoning entirely for the properties located at 139, 145, 151 & 157 Buffalo River and 2 Lot Lines but decided instead to seek the adaptive reuse permit.

All parcels are eligible for inclusion on the National Register of Historic Places.

The Buffalo Planning Board recommended approval of the request Monday, along with a coastal consistency determination. Generation will come back for full site plan approval later, "once the projects are more fleshed out and determined," said Carmina Wood Morris PC architect Paul Lang, working with the developers.

The Planning Board takes off for all August, so that review won't come before September.

In other business, the Planning Board recommended approval by the Council of special use permits to allow an outdoor dining patio at 1238 Hertel Ave. and to allow a retail store and restaurant at 1012 Sycamore St.

Silo City reimagined as a place for artists to live, work