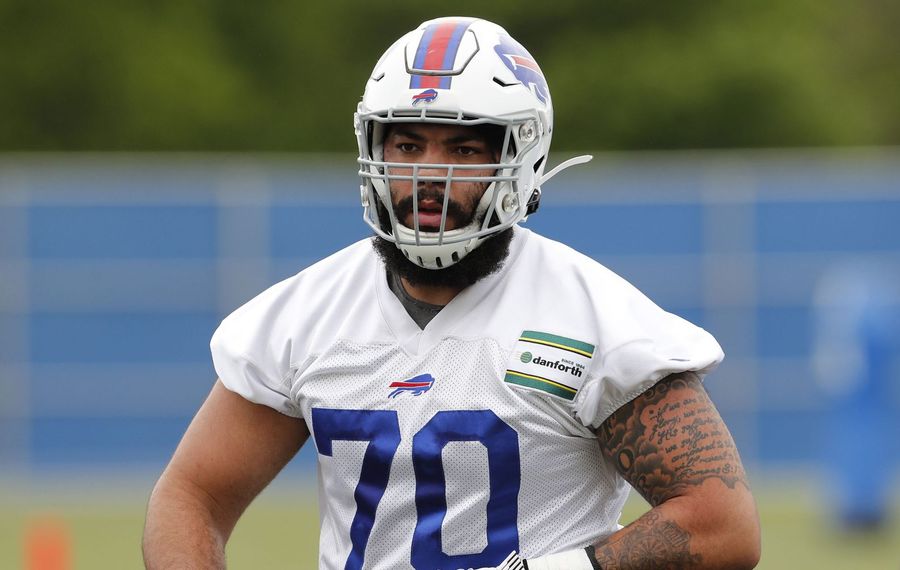 The reason the Buffalo Bills want to get rookie tackle Cody Ford into the starting lineup this summer isn’t just because of his physical ability.

It’s also about the attitude the second-round draft pick from the University of Oklahoma can bring to the Bills’ offensive line.

Asked to describe his style of play, Ford says: "Physical. My mentality comes from being able to finish every play and playing through the whistle.”

That’s exactly what draft experts saw when evaluating what Ford did for the Sooners.

“As far as the run game is concerned, this guy just destroys people and that's what Buffalo wants,” said ESPN’s Louis Riddick, the former Redskins and Eagles personnel man.

“He plays with the effort and determination normally found in smaller men,” said longtime former Bengals offensive line coach Paul Alexander in his draft report. “He has rare traits of upper-body violence, downfield finish effort, toughness and nastiness. He is just the man many teams will be looking for to improve the intensity of their offensive line group.”

A Bills offense that ranked 30th in yards and points last season can use all of the intensity and finishing it can get up front.

“When you look at the way he played,” said Bills coach Sean McDermott, “his play style was physical, but it wasn't just physical. It was under control. He brought some leadership to that football team, as well.”

The 6-foot-3-inch, 329-pound Ford is the favorite to win the starting right tackle job. He worked with the first unit all minicamp in June. If Ford falters, veterans Ty Nsekhe or LaAdrian Waddle could hold down the spot for him until the coaches decide he’s ready. But the hope is Ford will be ready to start against the New York Jets in the season opener.

The Bills traded up from the No. 40 pick in the second round to No. 38 to get Ford. Tackles Jawaan Taylor and Greg Little had gone at the 35th and 37th spots, respectively.

Bills General Manager Brandon Beane said he had been working to trade up to pick Ford late in the first round.

“It was a little rich for us, we felt like we would be giving up too many assets to do that,” Beane said. “One, he was standing out on our board as a guy we felt worthy. We put the time in and thought he fit what we were doing. And second of all, there was a run on tackles. ... I was honestly exhausted after (the trade up) because we were trying so hard to get Cody.”

Another plus in Ford’s bid to win a starting job as a rookie is he had outstanding coaching in college. Oklahoma’s Bill Bedenbaugh is one of the most respected line coaches in college football. Four Sooner linemen were drafted this year.

“He gets players to the next level,” Ford said. “If I'm a recruit, I'm looking at that. We take great pride in that. I don't think there was anybody in the country that was touching us on the field across the board. All five of us dominate to the whistle play after play and don't take any slack off.”