Revel in our fleeting summer on a romantic patio.

"Romantic" by its Dictionary.com definition, is "of, characterized by, or suggestive of an idealized view of reality." But romance isn't limited to romantic love here. Being romantic, for a patio, could simply mean altering reality with candles, twinkle lights, jazz music or white wine to craft one of those nights where life looks like it does in a television commercial or in a romance movie montage.

The patios in this guide are for anyone seeking a warm-lit atmosphere for alfresco dinner, dessert or drinks whether on a date or with friends and family.

We have guides to patios in general and patios by the water and new(ish) patios, but this is a guide to patios that will make newcomers ooh and aah and tourists say something along the lines of, "Buffalo is pretty great without the snow." 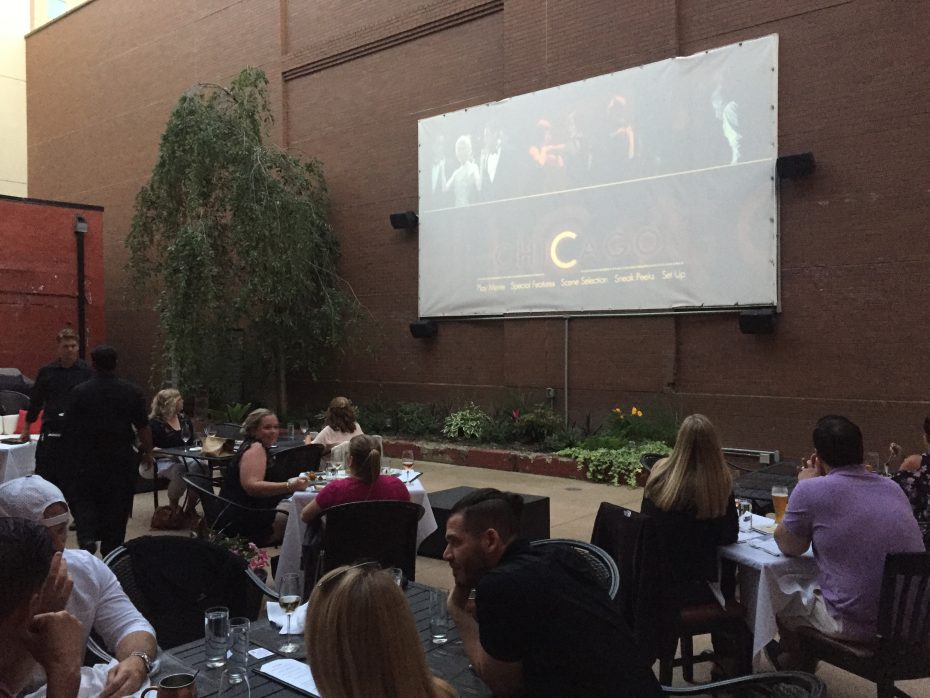 Though Bacchus sadly no longer shows weekly outdoor movies during the summer, the patio is expansive and tucked away. (Francesca Bond/Buffalo News)

From the street, long-standing new American fine dining restaurant Bacchus conveys exactly what it is at face value. Tall windows lend outside glimpses into the dining room, revealing white tablecloths, candles, wine and food. Sandwiched on all sides by buildings, the large back patio features plenty of spacious seating, perfect for elbow room while chowing down on bouillabaisse, tuna tartare or gnocchi mac and cheese. Being blocked off from downtown is romantic in the way that, just for a second, you might forget you're at a restaurant and not a personal backyard – until servers present food that you didn't cook.

As if you could get much more romantic than Coco's red interior, decorated with collages of the Eiffel Tower and a mysterious blonde woman, the patio achieves it. Lights zigzag through the air between a fence and the restaurant on Coco's back patio. The French theme bleeds out onto the patio in more ways than just the delivery of pâte du jour. Tables with umbrellas shade rattan bistro chairs. Ivy crawls up the fence and neighboring stone wall. Candles look like tiny pinpricks of light among swirling glasses of wine.

5 spots to feel French in Buffalo

The side patio is one of the luxuries of a midsized city. Diners can enjoy a nearly downtown meal, in green space, feeling both secluded from and included in city life. The patio at Mothers isn't entirely hidden from the outside world, but Virginia is a street tucked away on its own. Foot traffic mostly comes from residents and visitors of neighboring businesses like the Quarter, Fat Bob's and the Llama Lounge (all vastly different experiences). Handfuls of tables are under a side awning, holding candles that put a glow on faces hunched over white tablecloths.

[Related: Going solo: Where to take yourself on a date] 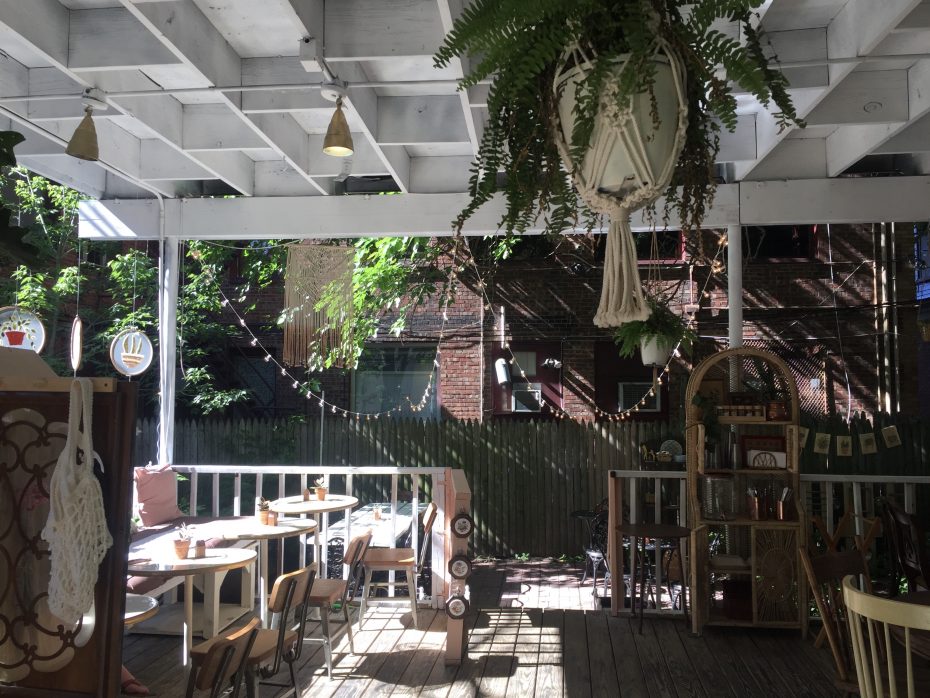 When vegan restaurant Root and Bloom opened last summer, many thought that it looked like a slice of California in Buffalo. (Francesca Bond/Buffalo News)

Last summer, Root and Bloom opened an outdoor-only restaurant on a mammoth back patio behind its eventual Elmwood storefront. If you didn't know it was there, you wouldn't have seen it from the street. Now, Root and Bloom has indoor and outdoor dining spaces, with signature vegan and plant-based dishes, such as house-made vegan loaded nachos and "chicken" wings. But the patio is possibly the one thing in Buffalo that deserves the most pins on Pinterest. A cutesy combination of macrame, millennial pink, succulents and twinkle lights, Root and Bloom is a trendy, of-the-moment restaurant unlike any other in the area. 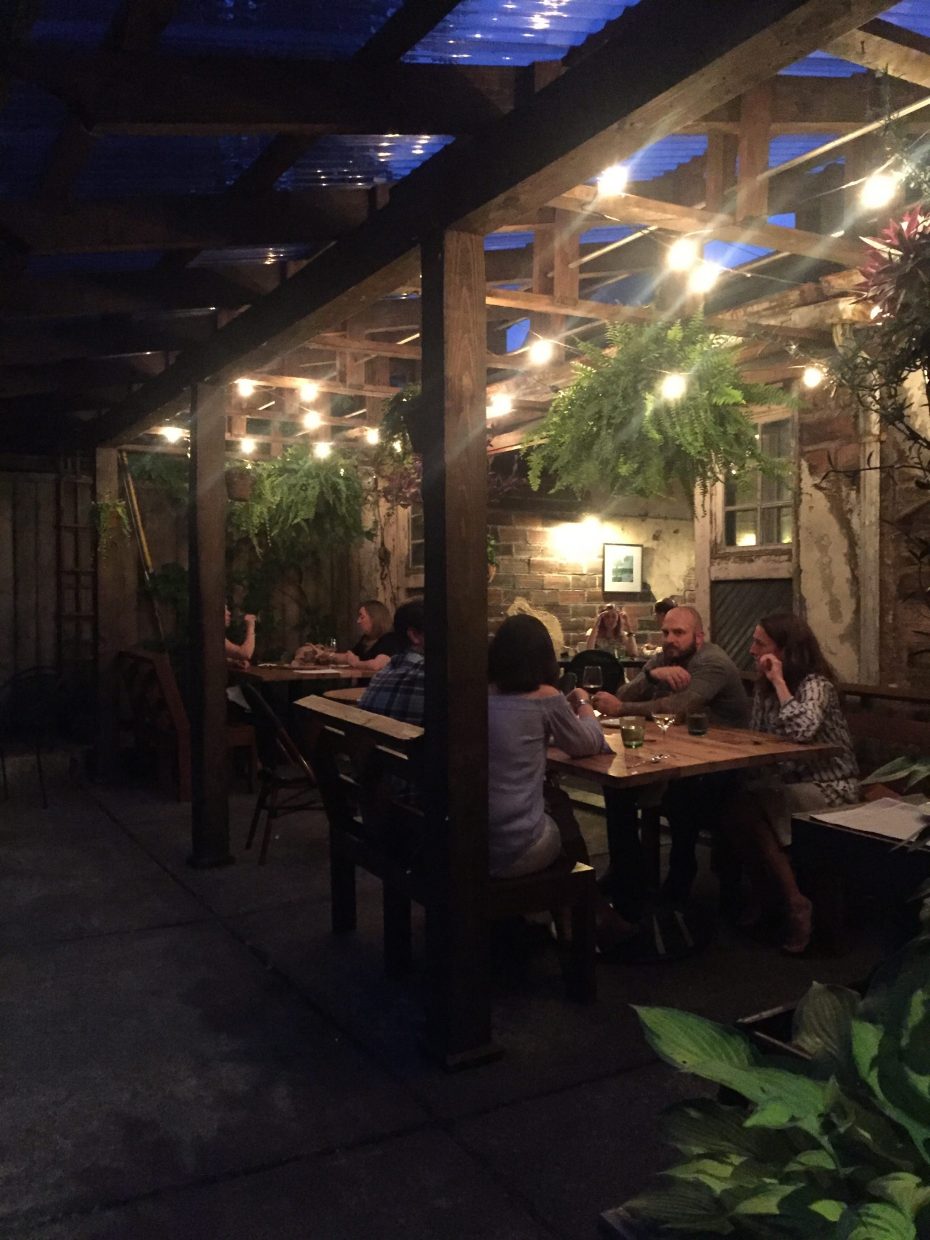 A shabby chic patio leaves the Dapper Goose feeling distinctly different from other patios in the city. (Francesca Bond/Buffalo News)

Behind the Dapper Goose is a shabby chic patio unlike the others in this guide. The Black Rock restaurant has a rustic, rural feel, with exposed brick and lazily  painted white windows. Lush greenery hangs from wooden beams and along the enclosing fence. The effect is something out of a well-cared for yard, personal and decorated, unafraid to have character.

[Related: According to Bloggers: The best places to get dinner in Buffalo]

The Left Bank runs in the same circles as the rest of Buffalo's fine dining royalty, the old monarchy around long before any of the "new Buffalo" fine dining or experimental small plate restaurants. A meal here means tried-and-true pasta, hunks of meat or traditional appetizers, eaten on a simple patio next door to the restaurant, hidden from the street by a blue fence. A tree spills over onto the patio, flower baskets supply pops of color and the Left Bank's signature ivy wraps the brick building and fence in winding chains of green.

[Related: Left Bank is a safe bet for a great meal]