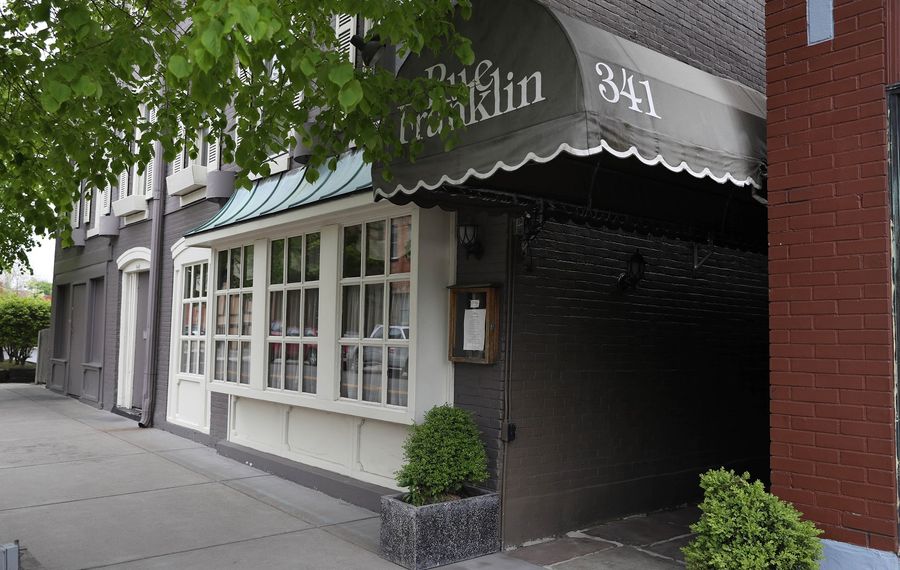 A restaurant specializing in Cajun-spiced boil-in-a-bag seafood is underway in the former Rue Franklin building.

Its owners hope to open the Crabman before the end of July, adding plastic bibs to the white tablecloth history at 341 Franklin St.

Once one of Buffalo's finest tables, the French-inspired fine dining restaurant had been dark since closing in 2017. The building was recently sold.

Nana Wang, an owner of the restaurant, is from China's Fujian province, and earned her pharmacy degree at the University at Buffalo. Partners include her husband Louis Cui, who grew up in a restaurant family in China, and has experience managing restaurants. Cui will manage the restaurant, she said. The chef will be Sky Chen, who has prior experience running a seafood restaurant.

Most of the work the new restaurant needed has been done, but there are a few things left to do, she said. The owners are applying for a liquor permit, but could open without it, she said.

The restaurant should hold 80 to 100 people. The courtyard behind the building won’t be part of the seating plan this year, but next year it may be, she said.

The restaurant concept is similar to the Storming Crab restaurant that recently opened on Maple Road. Customers choose assorted fresh seafood plus other fixings, choose a sauce and spice level, and don plastic bibs and gloves to dig in. Its fans prize the way the cooking method retains the seafood essence in a concentrated broth.

Cajun-spiced seafood is “the kind of flavor anyone will like,” said Wang. “It’s not too spicy, it’s not too salty. I think it’s for everybody.” It uses a lot of garlic, she said, which is one thing Chinese and Cajun cuisines have in common.

Wang said the seafood at the Crabman will be on the healthy side, steamed, not fried. “That’s better for you,” she said.