It's time for the opening night – or weekend, in this case – of Canalside Live and we know what that means: You have questions.

When does the show start? Can I bring food? My backpack? An umbrella?

Whether you're a newbie going to your first show or a Canalside veteran who needs a refresher, we've gathered the answers to the most frequently asked questions about Canalside Live.

The concert series, traditionally a Thursday night event, has expanded to take place on different days of the week (hence, the unusual weekend doubleheader). It opens today with a concert featuring jam-rock band Twiddle and funk-pop act Ripe. On Saturday, rapper T.I. is the headliner.

Entry: Gates open at 5 p.m.; live music starts about 6 p.m. with the headliner on stage about 8 p.m. Gates close at 9:30 p.m. The general admission entrance is located on Hanover Street; the VIP entrances at Main and Perry streets. No re-entry.

VIP tickets include access to the Honda VIP Pavilion, two complimentary drinks, private restrooms and front of stage access. Cost ranges from $5 to $15 for general admission and $35 to $45 for VIP depending on the show (see breakdown under Concerts, below.)

Weather: Concerts are rain or shine except in severe weather.

Docking boats: You can dock your boat, but it’s first-come, first-served since reservations are not accepted for concerts or paid special events.

Security: Set aside extra time for the security checkpoint. You will need to place items like cellphones, keys, electronic devices, blankets and all metal items on the security inspection tables.

What you can/can't bring

Remember that Canalside security has the right to prohibit any item deemed inappropriate or dangerous. It should go without saying that weapons, fireworks, illegal drugs and drug paraphernalia are prohibited. Other items – like umbrellas – may not be obvious (they are not allowed). Here's the breakdown.

Yes, these items are allowed: 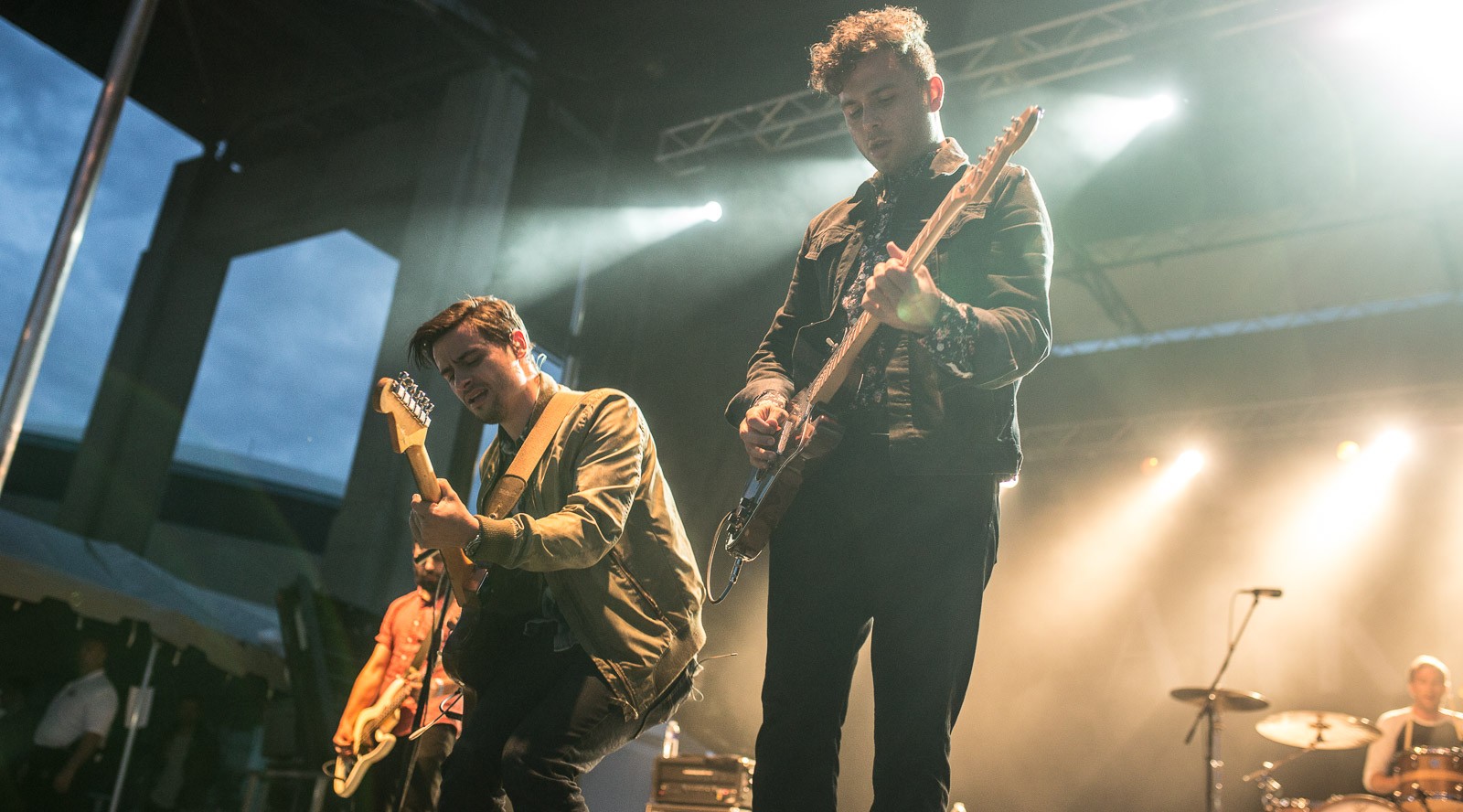 Arkells are pictured at a previous Canalside Live concert. The band returns on Aug. 2. (Chuck Alaimo/Special to The News)