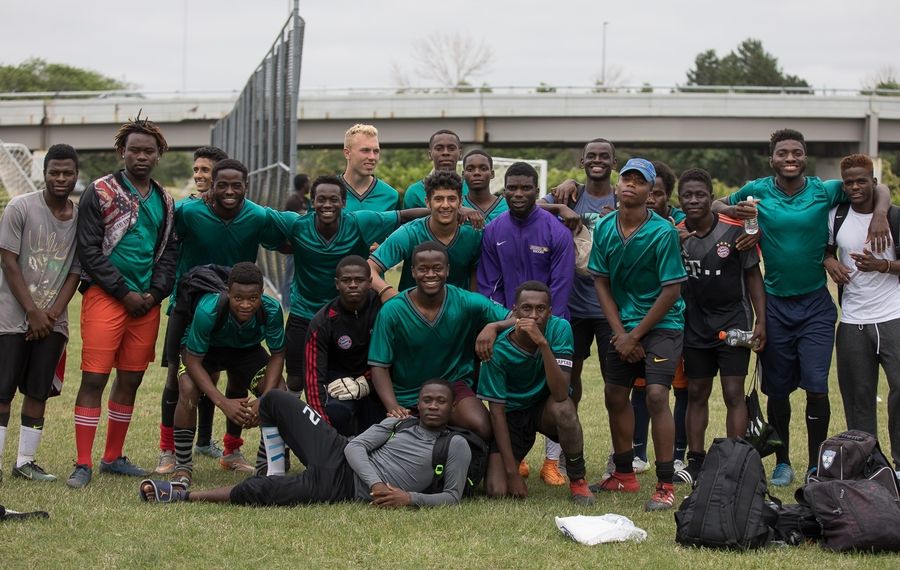 The pride of nations will be at stake at LaSalle Park this weekend as the World Refugee Day soccer tournament has announced its accepted teams and structure.

Bhutan, Vietnam, Sudan, Somalia and Kenya are among the regions represented, with a diverse team from Journey's End Refugee Services also returning for its second year. Overall, 12 teams - comprising mostly refugees or immigrants living in Buffalo - are split into four groups, with round-robin play scheduled for Saturday, between 8:30 a.m. and 7:30 p.m., that will eliminate one team from each group.

The surviving teams will press forward to Sunday's knockout phase, where crossover matches will narrow the pack down to four, with semifinal clashes scheduled for 3 and 4 p.m. The final is slated for 5:30. Games consist of two, 25-minute halves, with a short halftime.

This is not a one-off tournament for many of these participants; some travel to regional ethnic tournaments in cities such as Toronto and Detroit, and train either year round or seasonally.

While the spectacle is proof that soccer is a universal language, the tournament is also a chance to witness different styles of play: which countries prefer to keep the ball? Which ones rely on speed and/or physicality? There can be a fairly significant variance in ability, but the semifinals and finals have typically produced quality, entertaining soccer.

[Read more: What exactly is ahead for LaSalle Park?]