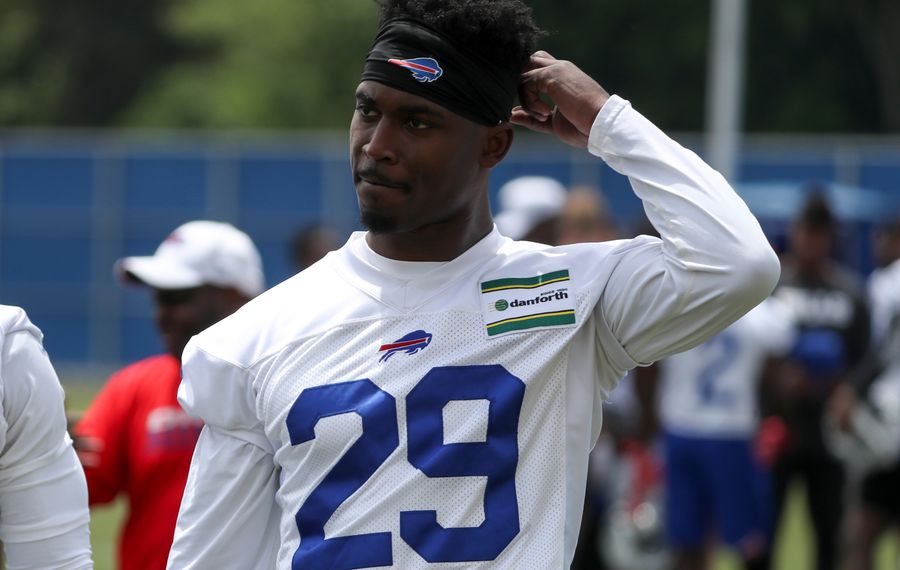 He was a college star at Alabama, ranking fifth on the program’s all-time rushing yardage list, with 3,322, and became the third running back chosen in 2015 when the Jacksonville Jaguars used the 36th overall selection in the second round on him.

After four years, though, it’s fair to say Yeldon hasn’t quite lived up to the hype. His best season running the ball came as a rookie, when he finished with 740 yards on 182 carries. That number dropped to 465 yards in his second season, and then followed by 253 yards and 414 yards the last two years, accumulating six touchdowns in those four seasons.

The Bills, though, saw a player that still has good football in front of him at age 25.

“T.J. was a good running back at Alabama and went to Jacksonville, had a couple productive years. He'll have his opportunities to touch the ball, running it and catching it,” offensive coordinator Brian Daboll said.

Catching it is what Yeldon did best in Jacksonville. He has two seasons of at least 50 catches on his resume, and overall made 171 receptions for 1,302 yards and six touchdowns. Last season was his best as a receiver, with 55 catches for 487 yards and four touchdowns. Yeldon, though, doesn’t want to be looked at solely as a pass-catching back.

“I feel like I'm a do-it-all back. I can run. I can catch the ball,” he said. “Making plays with the ball in my hands is something I do. (My receiving) is just a plus.”

The Jaguars drafted Leonard Fournette fourth overall in 2017, relegating Yeldon to spot duty. It was clear at that moment his future with the Jaguars was going to be short. He didn’t re-sign after his rookie contract in March, electing instead for a reunion in Buffalo.

“That's one of the main reasons why I wanted to come here,” Yeldon said. “We had a bond my first two years there. He taught me a lot, so coming here I felt like was the right decision.”

Yeldon also felt comfortable joining Daboll’s offense. Although their Crimson Tide careers didn’t overlap, the Alabama football fraternity is such that Yeldon was able to learn more about the Bills’ offensive coordinator. He came away liking his projected role, even if he is behind potential future Hall of Famers LeSean McCoy and Frank Gore on the depth chart.

“That's a blessing. Coming in my first couple years, I didn't have vets like that,” Yeldon said. “Being here in this situation, I can learn a lot from those guys. It's a lot for me to take with me in my future years. It's going to be a heated competition. That's one thing they told me coming in. There's going to be competition regardless.”

That only intensified when the Bills drafted Devin Singletary in the third round. With only one football to go around, sorting out how carries will be divided will be a challenge. Yeldon, and the rest of the running backs will have to prove in training camp they deserve their share.

"That's every year," Yeldon said. "It's only going to make us all better."