Washington Capitals defenseman Brooks Orpik, who grew up in East Amherst and played at the Nichols School, announced his retirement from the NHL Tuesday morning after a career spanning 1,035 games and two Stanley Cup victories.

Orpik, 38, was born in San Francisco but was raised in Western New York and played youth hockey in the area. He was named for U.S. "Miracle on Ice" Olympic coach Herb Brooks. In addition to the Amherst Hockey Association and Nichols, Orpik played for the Buffalo Saints and Wheatfield Blades before moving to Thayer Academy, a Massachusetts prep school, for his junior and senior years of high school.

He signed as a free agent with Washington and played his final five seasons with the Caps, winning another Cup in 2018 and scoring the winning goal in Game 2 of the Cup final at Vegas. Orpik had two goals and seven assists in 53 games last season, playing his 1,000th career game in January against St. Louis.

Orpik was a steadying influence on the Washington defense and in the locker room. Evgeny Kuznetsov nicknamed him "Batya," a Russian term for father, and the nickname stuck.

“I’ve been extremely lucky to have the best job in the world for many years, but my body is telling me it is time to move on to something new,” Orpik said in a statement released through the NHLPA. “I’m excited for more family time and to experience a lot of the things that being a professional athlete forces you to miss out on. Thank you to the Washington Capitals and Pittsburgh Penguins for giving me the opportunity to play against the best athletes in the world. I’ll be forever grateful for the memories and relationships that hockey has given me.” 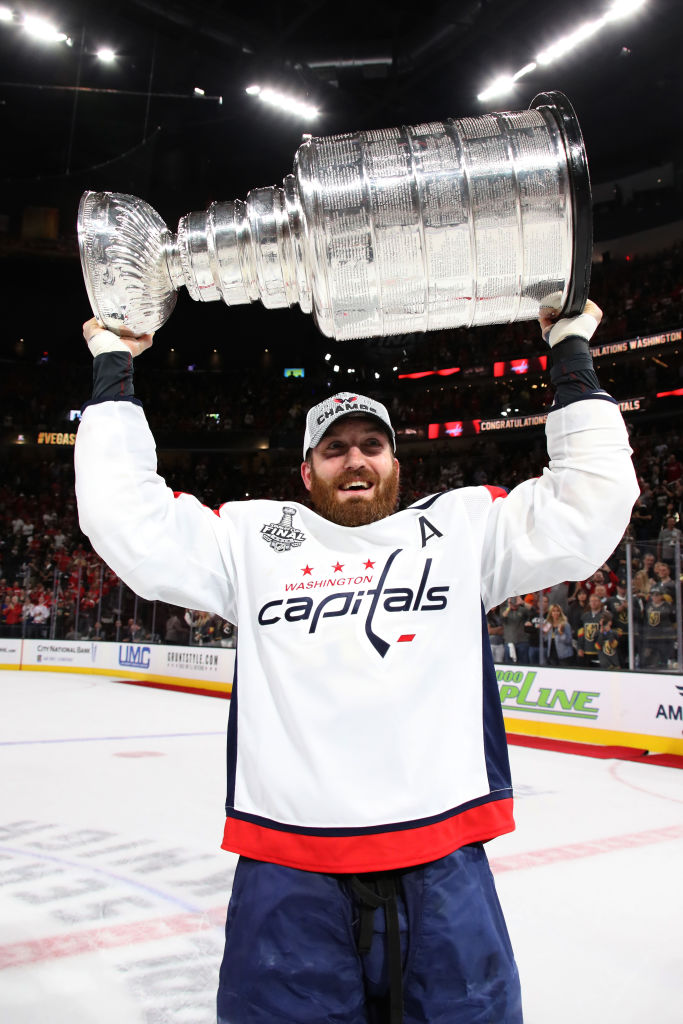 Orpik with the Cup after the Caps' 2018 victory. (Getty Images)

Orpik played for Team USA at the 2010 and 2014 Winter Olympics, taking a silver medal on the 2010 team that lost to Canada in Vancouver on Sidney Crosby's "Golden Goal." He also represented the nation in the 2000 World Junior Championships and the 2006 World Championships.

" 'Batya' was a great leader in our locker room and was so important for us to win our first Stanley Cup," Capitals captain Alex Ovechkin said in a statement through the team. "We will miss his presence in the room and on the ice. Not only was he a great leader and a player, but he was a better person. I’m so happy I had a chance to play with him and for our young guys to have had the chance to learn from him. I want to wish him, Erin and his kids the best. We will miss him and the Batya protein shakes!”