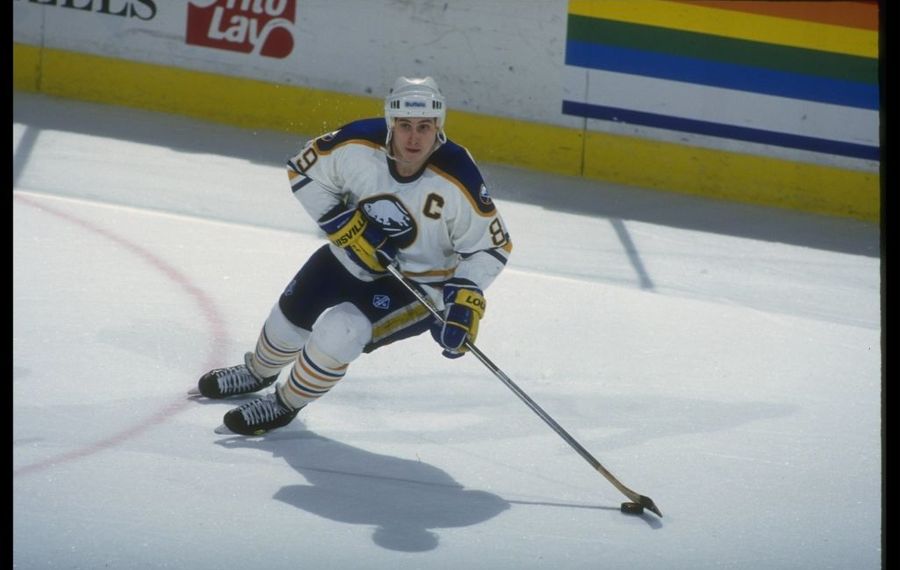 It's now 11 years and counting. Still no invitation to the Hockey Hall of Fame for Alexander Mogilny.

The sharp-shooting winger who defected from Russia in 1989 and scored a franchise-record 76 goals for the Buffalo Sabres during the 1992-93 season was snubbed again in voting announced Tuesday for the Class of 2019. Mogilny, 50, has been eligible for induction since 2009.

Those elected were Canadian women's legend Hayley Wickenheiser, former WHA star Vaclav Nedomansky and two members of the 1999 Dallas Stars who beat the Sabres in the Stanley Cup final in defenseman Sergei Zubov and center Guy Carbonneau. There have been eight former Sabres inducted in the Hall, the last being Dave Andreychuk in 2017.

Mogilny is the current president of Amur Khabarovsk of the Kontinental Hockey League. He played 990 NHL games over 16 seasons for the Sabres, Vancouver, New Jersey and Toronto, winning a Stanley Cup with the Devils in 2000. Mogilny finished his career with 473 goals, 559 assists and 1,032 points.

Mogilny started as a 20-year-old in 1989 and stayed until he was traded to Vancouver on July 8, 1995 for defenseman Mike Wilson and two players that would become a key part of the '99 Sabres — captain Michael Peca and a first-round pick that would be used on defenseman Jay McKee.

The continued snubbing of Mogilny for the Hall remains an annual surprise in NHL circles. Former New Jersey teammate Martin Brodeur stumped for Mogilny last year when speaking in the days leading up to his own induction.

Inside the NHL: Martin Brodeur says Alexander Mogilny should get Hall call

The Sabres drafted Mogilny 89th overall in 1988 and he defected from Stockholm at the end of the 1989 World Championships in a dramatic and clandestine maneuver orchestrated by Sabres GM Gerry Meehan and player development director Don Luce.

Mogilny scored a goal 20 seconds from the opening faceoff of his first NHL game, a 4-3 win over Quebec in Memorial Auditorium on Oct. 5, 1989, and still owns a share of the NHL record for the fastest goal from the start of a game, scoring just five seconds into a game in Toronto on Dec. 21, 1991.

Mogilny scored 15 goals as a rookie, added 30 goals in his second season and put together a 39-goal, 84-point season in 1991-92. It all came together for Mogilny in '92-93 playing with Pat LaFontaine as his center, when he duo erupted for the two-highest point totals for a single season in Sabres history. LaFontaine had 53 goals and a franchise-record 95 assists for 148 points while Mogilny put 51 assists with his 76 goals for 127 points.

Mogilny tied Winnipeg rookie Teemu Selanne for the NHL goal scoring lead and they were the first Europeans to lead the league in goals. Mogilny's 127 points stood as an NHL record by a Russian until Tampa Bay's Nikita Kucherov put up 128 this season.