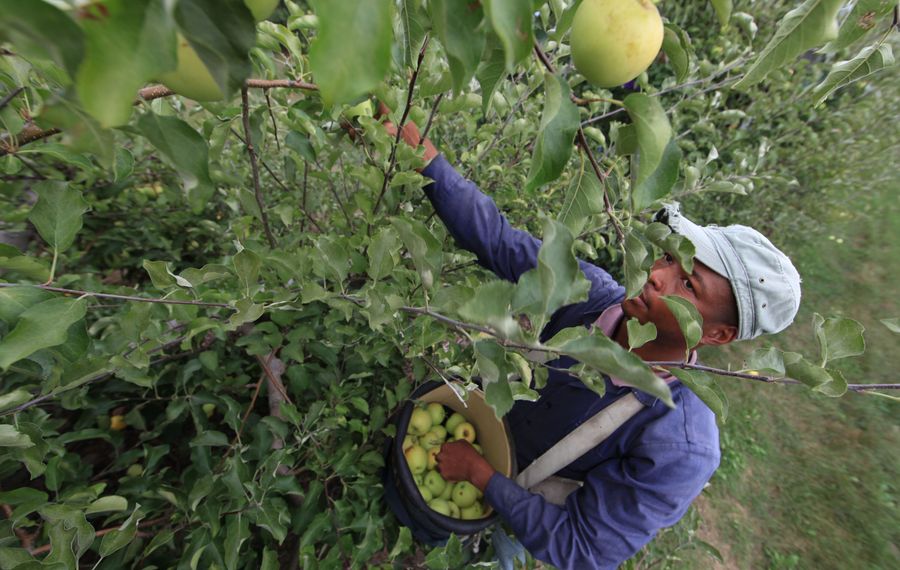 The old joke goes like this: “What’s worse than finding a worm in your apple? Finding half a worm.”

The compromise farm labor bill passed by the Legislature last week leaves farm owners feeling like they got half a worm, but they can console themselves with the fact that it could have been a lot harder to swallow if not for some adjustments made by lawmakers before passage.

The landmark bill gives farmworkers rights they never had before, including the ability to organize a union, earn overtime pay and get a day off.

Some provisions could drastically raise the cost of doing business for farmers, but legislators did yield on some key issues that farm owners considered ruinous to their bottom lines. The compromises show that lawmakers listened to the pleas of the New York State Farm Bureau and gave growers a bill that lets them live to farm another day.

The Farmworkers Fair Labor Practices Act grants farmworkers the right to form a union, but forbids strikes and lockouts. Farm owners made the case that strikes could cripple their operations, particularly during harvest times when an entire year’s work would be lost.

Similarly, the original bill was to provide farmworkers with overtime pay when they worked more than 40 hours in a week. The actual bill set the figure at 60 hours per week, but includes the possibility of reducing the threshold to 40 hours in future years. It also grants employees workers' compensation and unemployment benefits. The 60-hour mark is much more palatable to farmers whose operations entail long work weeks during their busiest times of year.

Grow New York Farms, a coalition that includes the New York Farm Bureau, did not think the concessions went far enough. They object to a section of the bill requiring overtime pay if an employee declines the option for a day off each week.

The bill exempts family members from the day off requirement, defining family members as parents, spouses and children. The coalition says that definition is too narrow.

“Today, the consolidation of farms among extended families, including nephews, nieces and cousins, is a simple reality within New York agriculture,” the coalition said in a statement.

Republican lawmakers registered their unhappiness with the bill, particularly those from upstate, where agriculture is prominent.

Assemblyman David DiPietro, R-East Aurora, pointed out that Wyoming County, which he represents, has more cows than people.

“This is nothing more than a payback to New York City unions,” DiPietro said of the bill.

Cows don’t vote, that we’re aware of, and Democrats control both houses of the Legislature, so passage of the bill was inevitable.

Farmers will have to content themselves with the fact that some legislative back-and-forth (horse-trading?) took away some of the economic pain.