The security guard near the door set the tone. I was a little worried a columnist might not be greeted with open arms at the Choom Cannabis Co., the new shop that as of this week openly and legally sells marijuana from a Montrose Road shopping plaza in Niagara Falls, Ont.

My goal was speaking to a wife and husband I immediately noticed, customers who shared my old-enough-to-remember-Irv-Weinstein age range. They strolled toward the door after making a purchase, specifically 3.5 grams of pre-rolled “Fantasy Island” — pre-rolled another way of saying "joint" — and as I hurried to catch them, I told the guard I was a journalist.

“No worries,” he said, leaning back in his chair and looking surprised I even mentioned it. It was all good to him, just how a security guard ought to be in a store that legally sells reefer, a word of vintage reference I still use, inherited from my late father's 1930s Niagara Street dictionary.

As for the couple, they identified themselves as landscapers made sore by their work — it seemed as if every landscaper in southern Ontario with aching muscles was at Choom Thursday night — and their cheery demeanor, coupled with a request to keep their names out of the paper, sort of fit the general mood.

A range of people, from young adults to many heads (yes) of gray hair, lingered happily over what looked like broccoli balls of weed, under glass. Still, there was an occasional flash of concern when someone caught your eye, a split-second that made you remember the kid in college in the back row of English comp who, when you turned toward him, looked away because you knew he knew you knew: That guy’s been smoking.

Decriminalizing pot possession: What could it mean?

I went to Choom, a company name inspired by a group of pot-loving friends in Hawaii, only a day after the state Legislature turned away from an 11th hour shot at legalizing marijuana. I was curious to see if any saddened New York enthusiasts made the pilgrimage to the new store, about 20 minutes from the Peace Bridge.

Once inside, I was welcomed by Alicia Myers, a passionate "cannabis consultant" who wore a teal Choom T-shirt and matching sneakers. Myers is also a drummer who spent five years as a music teacher, and when I asked her how old she was when she started smoking, she raised her eyebrows with such emphasis it said everything, and we both started to laugh. 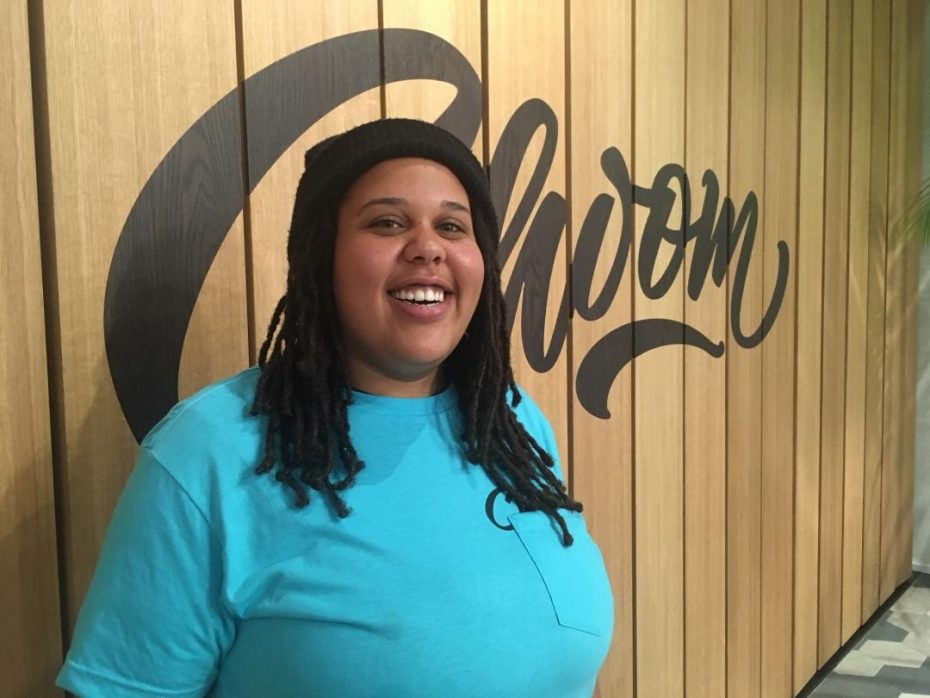 I explained how the New York State Legislature is choosing to focus on "decriminalization," a word that hearkens to the 1970s. Throughout the night, when I asked many staff and customers if they had heard quick legalization in New York is now off the table, they did not take it as a question. Instead, they would pat me on the shoulder and speak to me in the soothing way you reassure a teenager who just flunked a road test.

"Don’t worry. Someday, you'll get there."

My first point of curiosity was counting how many New York license plates were outside the store, which the staff told me used to be a women's clothing shop in the kind of classic plaza that also holds a World Gym and a Mandarin restaurant. The answer regarding the plates: Only mine. I thought about the bridge, where customs officers on both sides joked with me when I told them my destination, and then joked again — ha ha — about whether I was trying to bring any back.

No, I said. Ha ha. Absolutely not.

Yet Myers, whose grandmother is a traveling nurse who lives in Buffalo, said support from Western New York remains brisk at a store that cleared almost $50,000 on its first day.

“You’re helping to keep us in business,” she said with international gratitude.

Myers then gave me a tour, proudly showing me a wall thick with live green plants (not THOSE plants) that rise above many glass cases holding the product, all surrounding an island where customers tap in their orders. They often use assumed names (Bob Marley, Myers said, is a particular favorite) because of a reluctance, even now, to put real names into any digital system linked to marijuana.

Instead, they provide proof of true age and identity once they pick it up.

I told Myers it reminded me of an upscale phone store, and she beamed.

“That’s what we were going for!” she said.

Plenty of customers said it was about time the stuff could be purchased casually, and that it was counterproductive and destructive to legally penalize an adult behavior "that's a lot more prevalent than anyone wants to admit," as one construction worker told me, speaking of many friends who live everyday lives and smoke quietly at home.

His buddy — curious to see the store — said he is glad for legalization, which began last autumn in Canada, but chooses not to indulge. "Makes me too paranoid," he said, sympathetic to the same concerns as those who signed themselves in as "Bob Marley."

I also met a young guy named Tristan who basically put himself in a category I was seeking for an interview: traditional pothead. Yes, he too worked as a landscaper, and he said reefer helps his aches and pains, but he was at the store for one primary reason.

He paid $45 Canadian for three grams of Moonbeam – Indica dominant! – which he described as pricey. He could have bought it from a friend near his house whose price for the same amount would be $25, tops, but Tristan had this admission: After all these years, he liked the relief of being legal.

The most intense response came from a 35-year-old children's social worker. She chose her career, she told me, after surviving childhood sexual abuse. She struggled with the emotional aftermath for years, and doctors prescribed antidepressants and other drugs until she became convinced of one thing: For her, marijuana was the best, most balanced option. "More than anything else, it helps with my anxiety," she said.

Her priority, she said, is protecting children, and she made the same argument as many customers: Canadian restrictions are tight enough in all ways that she does not fear an outburst of reckless use among young people, who already can find marijuana easily on the street.

I met only one other person from the states, a guy from Pennsylvania with his Canadian fiancée. Both have kids and careers. The woman told me she began smoking as a teen and always loved it, then stepped away as she grew older not because of any ethical concern, but out of fear that getting caught would utterly disrupt her life.

She began smoking more frequently as Canada moved toward full legalization, a process gradual enough that she was not surprised by the everyday atmosphere in this new store in Niagara Falls, where the mayor attended a ribbon-cutting on opening day. 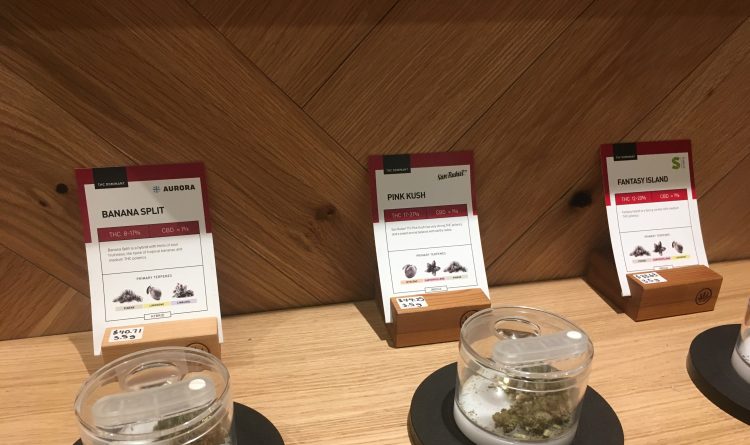 Marijuana on sale at Choom: The goal was an atmosphere similar to an upscale phone store. (Sean Kirst/The Buffalo News)

The woman said she much prefers a joint to having drinks that leave her feeling awful in the morning. She said she loves lighting up at home at day's end, to feel time grind to a halt and her stress falling away.

By the same token — I promise, I did not do that on purpose — she has yet to tell her 16-year-old son she smokes, even legally. For now, she prefers he stays away from marijuana, because she is not sure of how he will respond or if he will deal with it as healthily as she does.

Even so, her fiancée interjected on how much they enjoy the kid, and how they both can picture someday smoking with him as an adult if he chooses to be, well, a Choom customer.

There it was, the same tangled bunch of contradictions that were enough to at least temporarily derail, say, a governor and a state legislature. The guy said he and his fiancée enjoy getting high and then sharing an intense pinball game of unexpected thoughts, and that sometimes when they smoke they ponder all the questions we had talked about, including the oldest one of all: Should this really be legal?

The best time for that debate, they agreed, is when they're stoned.