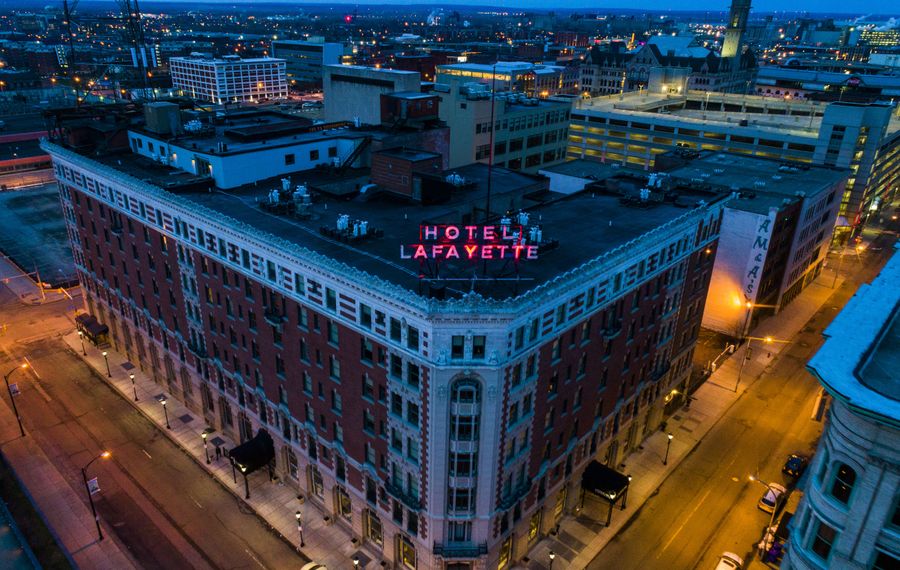 Expanding the state's prevailing wage to some private development projects appeared ready to pass in Albany, but failed largely because of a key factor: exempting New York City from the requirement.

Both sides in the debate agree on this much: The issue isn't going away.

As the legislative session wound down this week, the planned New York City exemption triggered a backlash that sunk the deal.

"I think that activated a lot folks upstate and across Long Island and Westchester [County] to really get engaged," said Michael Kracker, executive director of Unshackle Upstate. "I think that was kind of a poison pill for us, that you're going to apply these mandates on our economic development projects but exclude the most thriving region of the state, in New York City. I think for many that was too absurd to swallow."

Grant Loomis, the Buffalo Niagara Partnership's vice president of government affairs, said opponents of the legislation rallied around the idea that New York City would be carved out of the expanded prevailing wage.

"The narrative was terrible," Loomis said. "It didn't meet the smell test."

With the legislative session now over, supporters of expanding prevailing wage said they will keep pressing their case.

Lipsitz took issue with a key argument opponents of the legislation have used.

"The labor movement does not share the concern that it would kill economic development," he said. "I think that was an exaggerated position that was taken by the business community."

James Dentinger, president of McGuire Development, said he felt it was good news for the economy that the legislation didn't pass. But he sees a need for a dialogue about the issue with state lawmakers representing the region.

To Dentinger, the issue is really about the cost of construction in the region, coupled with what developers are able to charge for rent and making projects economically feasible to undertake.

"It really comes down to the overall cost of a project," Dentinger said. "Any of these incentives, as small as they are, sometimes can be the difference between doing a project and not doing a project. I think there needs to be more dialogue on that, especially in upstate communities."

Meanwhile, both sides anticipate a replay of the legislative fight. Gov. Andrew Cuomo on Friday said prevailing wage was among the issues he was disappointed didn't pass this year but will revisit next year.

"I think you will see it again," said Lipsitz, noting that the legislation came closer than ever to passing this year.

Loomis called this week's outcome "a reprieve," and he predicted the issue will be "front and center in 2020."

"The strong desire by many of leaders in Albany and organized labor to expand prevailing wage to private construction projects has not gone away," he said.