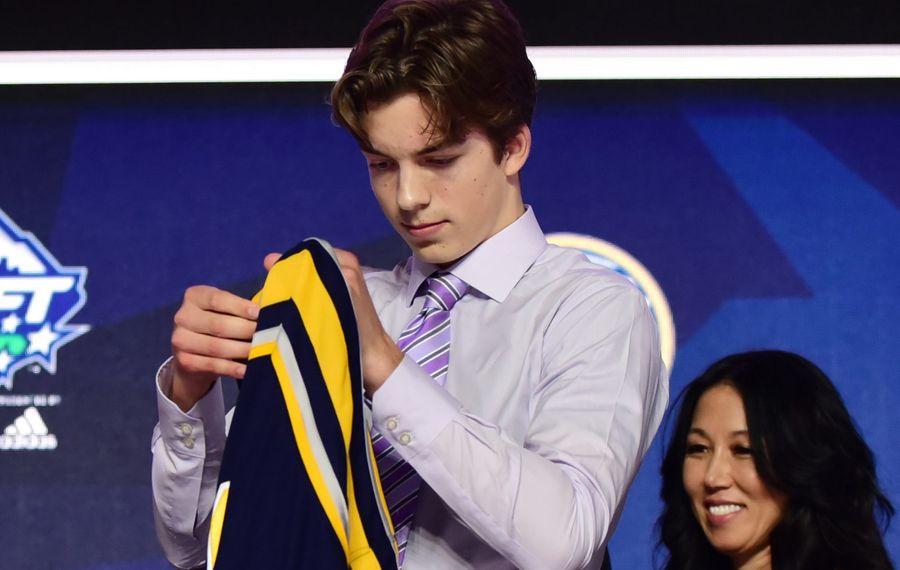 Here are five things to know about the Sabres’ 31st-overall pick, Ryan Johnson:

1. His father, Craig, played 10 years in the NHL. Johnson’s father, Craig, enjoyed a 10-year career with St. Louis, Los Angeles, Anaheim, Toronto and Washington. He was traded to the Kings from the Blues in 1996 as part of the Wayne Gretzky trade.

Craig coached Ryan on the 16U Anaheim Jr. Ducks, where Ryan played for two seasons and matured as a player.

“It was awesome growing up with those players,” Ryan told the Los Angeles Times on Wednesday.

3. He’s committed to the University at Minnesota, the same school that his father attended. Craig recorded 55 points during the 1992-93 season as a Golden Gopher. So far, Ryan only has one season of junior hockey under his belt.

4. He had the highest plus/minus of any player on his team at plus-24. Johnson might not have the flashiest stats, but he proved himself to be a solid defenseman with the Stampede. He was plus in four of Sioux Falls’ last five games.