In common parlance, he’s some sort of “heartland rocker,” a singer of “populist songs” and paeans to the working class. He runs a band that’s a human jukebox stuffed with New Jersey soul 45s capable of playing marathon, sweat-drenched shows. He’s a sturdy, meat-and-potatoes kind of dude.

While many of these widely accepted and oft-abused clichés have at least some truth at their core, they’ve done much damage to our ability to see and hear Springsteen for what he is – a man clinging desperately to battered idealistic beliefs; a guy who works hard, not necessarily for the money or the respect, but simply to keep the voices in his head at bay; a songwriter who has spent nearly 50 years examining the darkest corners of his own mind and striving to open the windows and let in a bit of light.

We might’ve thought Springsteen was placing all those scruffily romantic heroes in muscle cars bound for “anywhere but here” simply to celebrate the freedom-in-movement ethic that sits at the heart not just of the rock ‘n’ roll code, but of the American Dream itself. It turns out he was just trying to keep them moving so they wouldn’t have time to face themselves. Those muscle cars weren’t just burning up the track leaving that small-town attitude in their dust – they were raging against the dying of the light.

All that rage can do a man significant harm, it turns out. It can be even worse for the people who love him.

“Western Stars,” Springsteen’s 19th studio album and his first since 2014’s “High Hopes,” is at once one of his most lush, cinematic, gorgeously tuneful albums, and one of his darkest. It marries grandiose, string-laden arrangements and indelible hooks redolent of the best of the best '70s AM pop (Jimmy Webb’s writing for Glenn Campbell, Harry Nilsson, Burt Bacharach) to character studies revealing a restlessness and ever-looming sense of despair at the heart of the American – and the human – experience.

It’s a supremely beautiful record, but it’s also a brutal one. Because you’ll get nothing but surface pleasures from it if you don’t take a long, hard, honest look at yourself while you listen to it. It's an album that requires participation.

What a cast of characters Springsteen has assembled for this album. As ever, these characters are both him and not him, souls he inhabits but also omnisciently observes, as if he, like them, is merely passing through, a ghost with a notebook and a pen filled with blood.

There’s the perpetual motion machine of a man who spends his days “Hitch Hikin’” with no real destination in mind; “The Wayfarer,” on the run from the straight life but also, clearly, from himself; the self-exiled romantic who finds himself pilled-up and far from home for no damn good reason, hoping the lover he ditched will show up on the next “Tucson Train” so he can “show her a man can change”; the B-list actor in his twilight years who is reduced to pimping Viagra and credit card companies on television commercials, grateful for the baseline fact that he woke up another morning with his boots still on and his heart still pumping.

Not one of these souls feels at ease, none know repose, and all high-tailed it away from the love, family and community that might’ve sustained them. “Born to Run”? More like "born to run away." 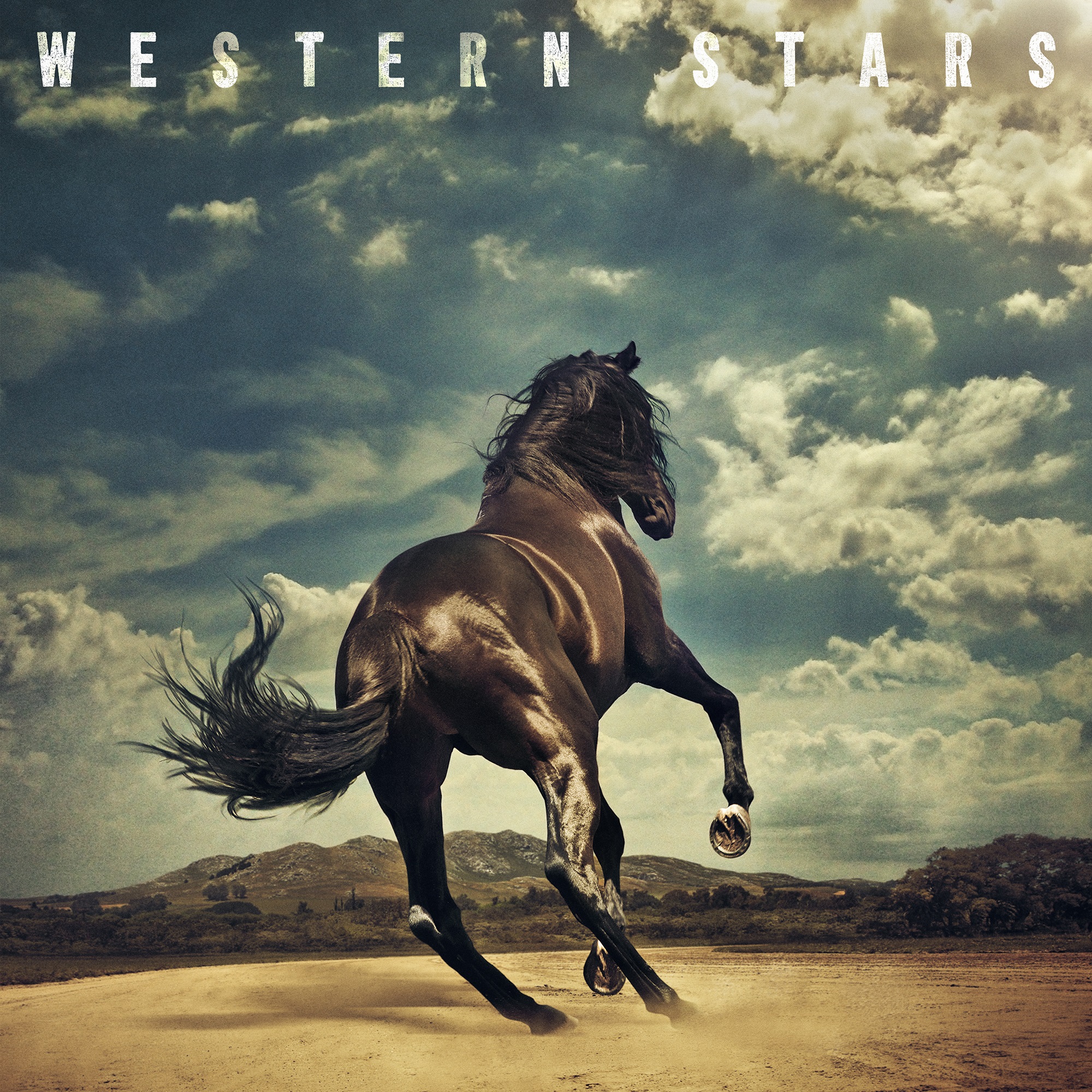 Halfway through the album, things take a turn, however. It’s here that we see Springsteen is echoing not Woody Guthrie so much as Alfred, Lord Tennyson, whose epic paean to the “die with your boots on” ethic, “Ulysses,” seems to have been a signpost for Springsteen here.

In that poem, an aging king reflects on his past and longs to return to action, unwilling to go quietly into that comforting goodnight. “Come, my friends, ’Tis not too late to seek a newer world/Push off and sitting well in order smite/The sounding furrows; for my purpose holds - To sail beyond the sunset, and the baths of all the western stars, until I die.”

As the album nears its end, Springsteen turns increasingly reflective, acknowledging heartbreak, loss, a string of broken promises and dashed hopes that comprise a life lived full-on, and the shelter from the storm that love can provide.

But what he never acknowledges is defeat. 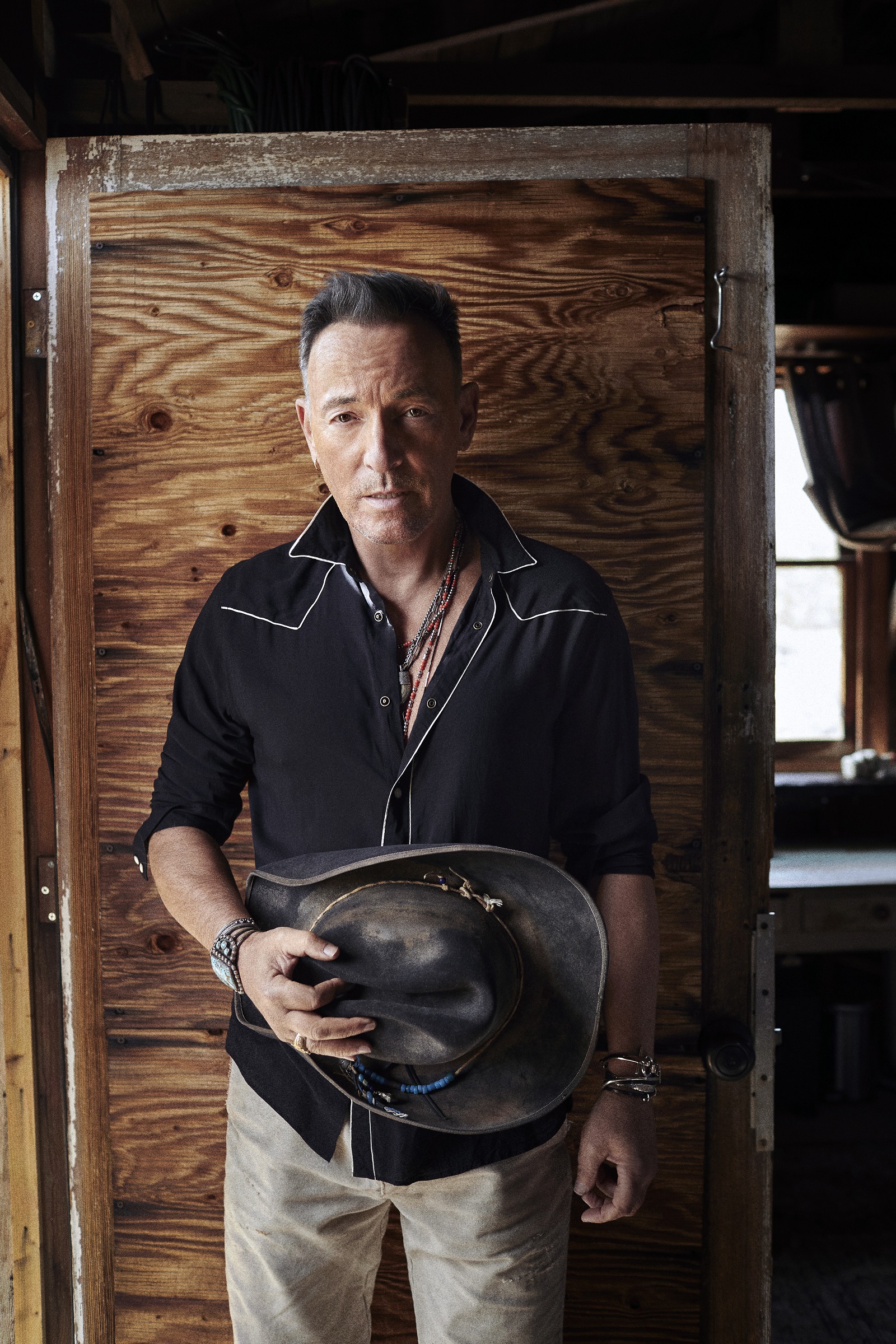 And so, as the great American highway ends, like the album itself, in the parking lot of the ghost-populated “Moonlight Motel,” the narrator, like Tennyson’s Ulysses, knows that he won’t be stopping here in nostalgia-land for long. Just long enough to take stock and say goodbye.

“She was boarded up and gone, like an old summer song/Nothing but an empty shell/I pulled in and stopped in my old spot/I pulled a bottle of Jack out of a paper bag/Poured one for me and one for you as well."

"Then it was one more shot, poured out onto the parking lot/To the Moonlight Motel.”

And then he’s off again, eyes on the faint promise of light on the far vista, old fears and failures in the passenger seat, something like hope still coursing through the veins of the battered body, and, we might imagine, Tennyson’s words running through his head.

“Tho’ much is taken, much abides; and tho’ we are not now that strength which in old days/Moved earth and heaven, that which we are, we are; One equal temper of heroic hearts, Made weak by time and fate, but strong in will/To strive, to seek, to find, and not to yield.”