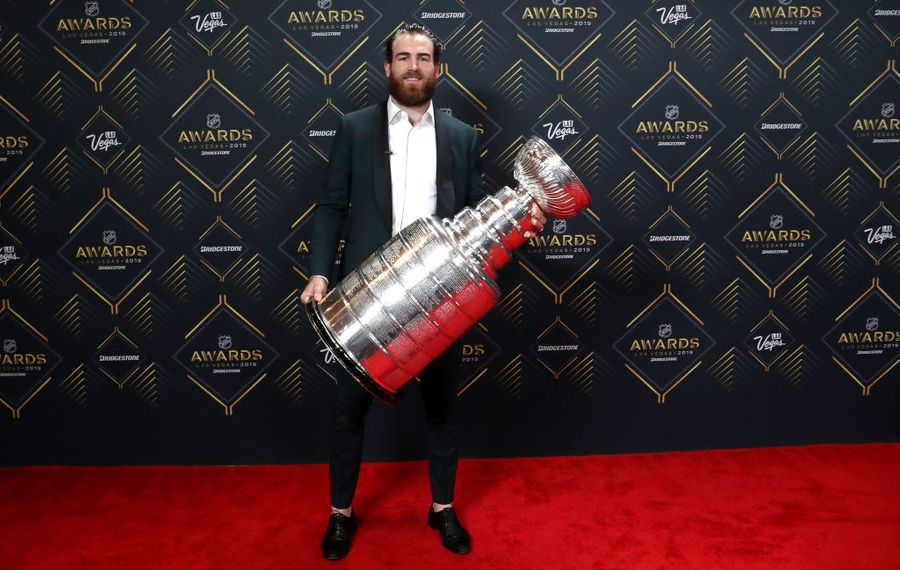 Pettersson's victory was a landslide as he finished with 1,650 points and got 151 of 171 first-place votes from members of the Professional Hockey Writers Association. St. Louis goalie Jordan Binnington was second with 1,072 points and 18 first-place votes.

Dahlin was third with 661 points. He had one first-place vote, 21 seconds, 66 thirds, 50 fourths and 24 fifths. Dahlin was left off nine ballots in voting by the PHWA.

"It's cool to have two Swedish guys doing well," Pettersson said at Mandalay Bay Events Center. "Obviously Rasmus is a great player, we all know that. Eighteen years old and playing in the NHL. I'm extremely happy for him, the way he played this year."

Dahlin, who attended the ceremony with his parents, spoke to reporters here on Tuesday. Players who do not win awards do not meet the media after the winners are announced.

The Selke voting was the closest of the night. O'Reilly had 1,001 points and 48 first-place votes. Vegas' Mark Stone was second with 881 (42 firsts), Boston's Patrice Bergeron was third (809/31) and Pittsburgh's Sidney Crosby was fourth (736/34). Bergeron is a four-time winner of the award.

"When I first saw him break into the league and saw him, that was someone I looked up to as someone I wanted to be," O'Reilly said. "You watch him throughout the years how he impacts the game in every sort of fashion, you learn from that."

O'Reilly, who won the Lady Byng in 2014 while with Colorado and was second last year while with the Sabres, also finished second this year with 713 points and 12 first-place votes. Barkov finished with 1,463 points/128 firsts. Sabres winger Jason Pominville got two first-place votes and finished 11th with 73 points.

• Tampa Bay's Nikita Kucherov won his first Hart Trophy as NHL MVP, beating out Edmonton's Connor McDavid and Pittsburgh's Sidney Crosby, and also won the Ted Lindsay Award presented by the NHLPA to the league's most outstanding player. Kucherov beat out McDavid, who had won it the last two years, and South Buffalo native Patrick Kane of Chicago for that award.

• Barry Trotz of the New York Islanders was named Coach of the Year over St. Louis' Craig Berube and Tampa Bay's Jon Cooper.

• In awards determined by stats at the end of the regular season, Lehner and Islanders teammates Thomas Greiss shared the Jennings Trophy for the fewest goals against, Kucherov won the Art Ross Trophy for the scoring title and Washington's Alex Ovechkin took the Rocket Richard Trophy for the most goals.