Over the last 10 days, about 100 men, women and children from the war-torn African nation of the Democratic Republic of Congo have arrived at Vive Shelter on Buffalo's East Side looking for help as they seek asylum in the United States.

The arrivals have overwhelmed the shelter.

"We didn't know it was coming," said Anna Ireland Mongo, Vive's chief program officer. "We don't know when it's going to end. We don't know if this is just the first of many waves."

Now, Mongo and others at the shelter are figuring out how to help them.

The shelter is known around the world as a way station for asylum-seekers trying to get to Canada. Here was the scene Monday at the shelter: a father cradled a sleeping baby in the crook of his arm while looking at his cellphone. A woman sat next to him, waiting for her phone to charge. A little girl bounded through the hallway, skipping in flip-flops as a group of men huddled around a small table, animatedly discussing something. Several other men and women paced up and down the wooden floors of the converted schoolhouse.

The Congolese asylum-seekers, mostly families, are part of an influx of people from the DRC and Angola who have made their way to the southern U.S. border over the last few months. In many cases, they managed to get work visas to get to South America, often Brazil, and then they used whatever means possible – by bus or even foot – to head north to the U.S. They faced horrific conditions along the way, coming under attack by roving gangs and often running out of food in remote regions.

Since October, about 700 migrants from Africa have been detained at the Border Patrol's Del Rio sector, about 200 miles west of San Antonio, according to the New York Times. They were processed by U.S. immigration and allowed to remain in the U.S. Many ended up in San Antonio and also in Portland, Maine, where there is a large Congolese immigrant population, the Times reported. Asylum status is a form of protection available to people who meet the definition of refugee and are already in the U.S. or are seeking admission at a port of entry, according to U.S. Citizenship and Immigration Services.

That means they are all documented and in the U.S. court system, Mongo said.

"They all are being tracked by ICE," she said, referring to Immigration and Customs Enforcement. 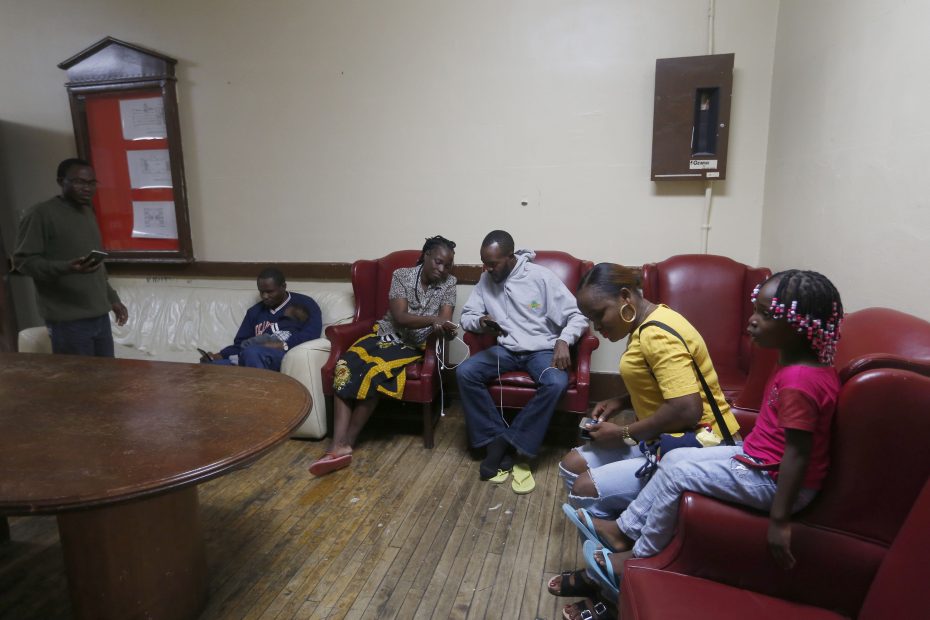 Some of the nearly 100 Congolese asylum-seekers wait in the lobby of Vive Shelter last week. (Mark Mulville/Buffalo News)

Mongo and her staff are trying to piece together how the Congolese ended up in Buffalo.

From what they understand the group was part of about 120 Congolese who were detained and processed at the border. Vive, which works with Catholic Charities in San Antonio, had worked out an arrangement for about eight families from that group to come to Vive, Mongo said.

"I think what happened was they all got to the bus station and people who were going to other places and had not been able to make contact or verified there was shelter available, they heard that the people in Buffalo had made contact and there was shelter available," Mongo said. "So they started switching their tickets and everybody came to Buffalo."

They began arriving in groups, every few hours, about a half-hour after buses would arrive downtown.

Vive, started more than three decades ago by nuns who wanted to help Central Americans and now part of the Jericho Road Community Health Center, normally works with migrants from around the country who are trying to get asylum in Canada. In general, that's a process that takes two or three days. The asylum-seekers are given shelter and food for a nominal fee during that time.

But almost all of the Congolese have told the staff they want to try to get asylum in the U.S. and stay in Buffalo, where there is a small but growing population of Congolese refugees.

Among the new arrivals at Vive is Johnson, 38. He did not want his last name published because of his asylum situation. He, like the other Congolese, has been legally allowed into the U.S. while his application for asylum is under review, a process that can take years.

Johnson shared his story through the help of an interpreter.

Johnson is from Kinshasa, the capital of the Democratic Republic of Congo. There, he worked as a mason.

On April 3, 2018, he fled to Angola with his wife and children for "political" reasons, he said. He didn't want to elaborate but the country has been plagued by violence by militia groups.

About two months ago, they flew to Ecuador and began an arduous journey with more than 100 other Congolese to the U.S./Mexican border, roughly 2,500 miles.

Sometimes, they were able to take buses. But along one stretch they walked for 17 days through desertlike conditions.

"We did not have enough food," he said.

At first, they ate bread just once a day. But then the bread ran out, all they subsisted on was water.

There were times when they would have to climb for hours through mountains. Wading through rivers, they carried their children on their shoulders to keep them from being swept away.

They also came under attack by armed gangs.

"Many of them died along the way," he said. "The journey was really painful. If I knew what we would have to go through, I would have never come here. It's like a death road."

He wanted to bring his family to the U.S. to give them a better life.

"America, as a country, they do respect the law," he said. "It will be safe for my family."

A call for donations

The shelter is running out of space and working with local agencies to put up some of the families.

Local groups are stepping up to help. The Red Cross provided cots. Journey's End and the International Institute are providing interpreters, legal help and other assistance.

Last Thursday, Jericho Road Community Health Center, which took over operations at Vive four years ago, put out a plea on Twitter, asking for donations through an Amazon.com wish list for bedding and toiletries.

Boxes and boxes were delivered Monday. But more than anything, the shelter needs monetary donations to cover the cost of feeding the new residents, Mongo said.

"People are responding," she said. "But my biggest need is money to pay for food. If these people are staying, it's about $10,000 a month for food." 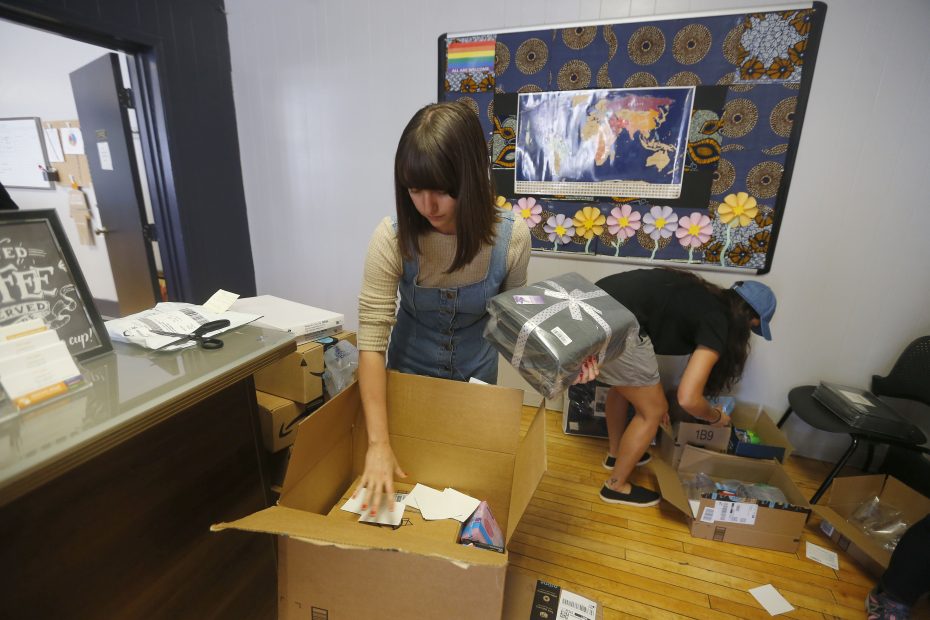