Had Amy O’Connell endured carpal tunnel surgery a decade or two ago, she would have weathered several doctor’s appointments, an uncomfortable diagnostic test and surgery in a hospital. An orthopedic surgeon would have cut open her wrist to address the nerve damage that caused the condition, costing O’Connell a few weeks away from work and a few more to heal.

Instead, she chose to have a 4-minute outpatient procedure April 30 at Erie County Medical Center, one day after straightforward testing. She was back to work in two days and the soreness in the palm of her hand was gone within two weeks.

“I feel great, no complaints at all,” said O’Connell, 54, of Silver Creek, a married mother of three who works part time as a child and young adult program coordinator in her local library.

Had she waited a few more weeks, Dr. Paul Paterson, her orthopedic surgeon, could have handled her entire case in under 90 minutes in an exam room in one of his two offices.

Paterson is the first specialist in the region to perform the minimally invasive, ultrasound-guided “release and relief” procedure – a term he coined while learning the surgical technique from Sonex Health, a medical device company in Rochester, Minn.

Dr. Darryl Barnes – a sports medicine doctor who left the Mayo Clinic to start Sonex – was on hand to watch O’Connell undergo her procedure.

“This is really exciting,” Paterson said. “This is a step in the transformation for the point of care in taking small hand procedures from an operating room into an office setting.” 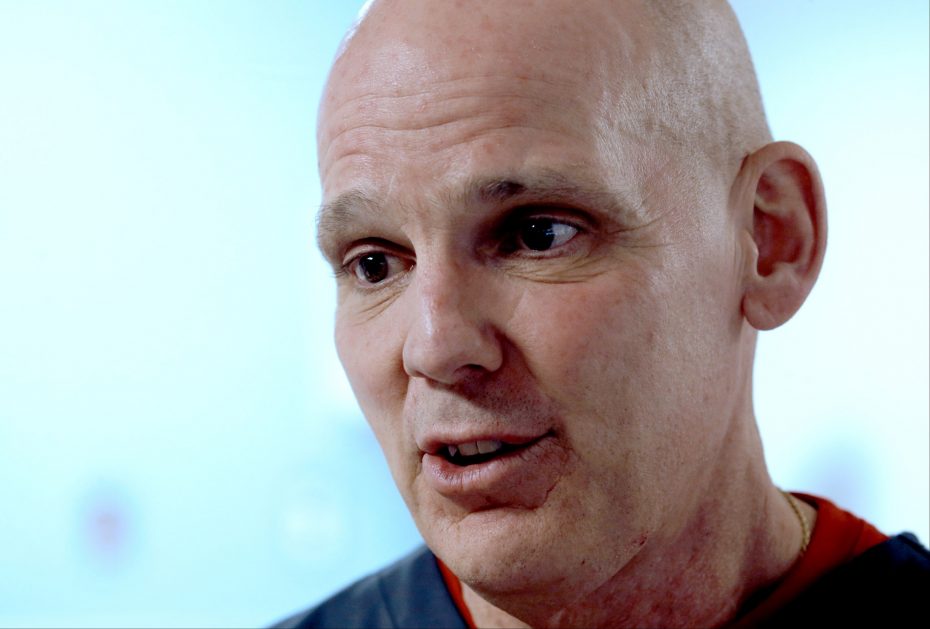 Numbness and tingling in the arm and hand – particularly the thumb, index and middle finger – “gets you into the 75-80% ballpark range that yes, you have [carpal tunnel syndrome],” says Dr. Paul Paterson, an orthopedic surgeon with General Physician PC who has brought a minimally invasive procedure to Western New York to better address the condition. (Robert Kirkham/Buffalo News)

Carpal tunnel syndrome is caused when the transverse carpal ligament in the wrist thickens over time and presses on the median nerve. That process causes numbness, tingling and sometimes pain in the hand and arm.

“My chief complaint is my right hand is asleep most of the time – especially when I’m driving or sleeping,” O’Connell said several weeks ago, a few minutes before Paterson performed her procedure.

Splints, nonsteroidal anti-inflammatories and injections can allay the symptoms, but surgery is generally needed if they persist beyond six months.

“The new surgery is not different in that all we’ve ever done was cut a ligament,” Barnes said.

Surgeons sever the transverse carpal ligament – which stretches across the palm of the hand – to release the pressure on the median nerve, he explained, and other ligaments and tendons pick up the slack, so a patient can continue to use the impacted hand as before.

Historically, orthopedic surgeons have had to cut into the wrist to sever the ligament. Sonex Health created devices that allow surgeons to use a small incision and ultrasound to find a pathway to the ligament through the carpal tunnel, then use a “micro-knife” to do the work.

“With all of these minimally invasive surgeries, it’s all a drive to be able to accomplish the same end without hurting you as much, so you recover faster and more reliably,” said Paterson, who used the older procedure for 20 years.

The Food and Drug Administration approved the Sonex devices in late 2016 and doctors began to learn the procedure in the months afterward. More than 2,500 surgeries have been performed nationwide. Paterson started doing them in his Hamburg and ECMC offices this year.

“The patient experience is very different,” Barnes said. “When it’s open surgery, you have to cut more ligaments and it takes four to six weeks to heal. Now, your hand is complete except for one ligament and people are ready to go back to their lives in three to six days. You’re saving time and money for the patient and the [health insurance] payer and the doc.”

The minimally invasive surgery generally lasts four to seven minutes. In O’Connell’s case, Paterson applied lidocaine – a numbing medication – and used the ultrasound to identify the best pathway through the wrist to move the SX-One MicroKnife into place. He then feathered the device up to the ligament, tracking progress on a video screen.

Once in place, a blade came out of its sheathing, cut the ligament and released pressure on the nerve, which was untouched. Stitches generally aren’t needed to close the wrist; just saline and a small bandage.

Music played during the procedure, which, when done in an office setting also can include aromatherapy with the lights turned down. While unheard of in the U.S., Paterson said, some doctors in Europe even perform open-wrist carpal tunnel procedures in such spa-like conditions.

O’Connell left ECMC about 20 minutes after her surgery, armed with recovery instructions that included stretching exercises to help her heal. She said she had some pain the next day, and a bit of soreness for a couple of weeks – but no numbness.

Paterson and his staff at General Physician PC set up a text messaging system to help O’Connell prepare for surgery and follow up on her recovery. She drove home from surgery but didn’t need to drive back to Buffalo for a follow-up office visit – which Paterson has discovered is almost always the case.

“When I’ve mentioned this to people, they’ve been completely shocked that it was so minimal in terms of the incision and recovery,” O’Connell said this week. “I think a lot of people avoid surgery because they think they have to take six weeks off work.” 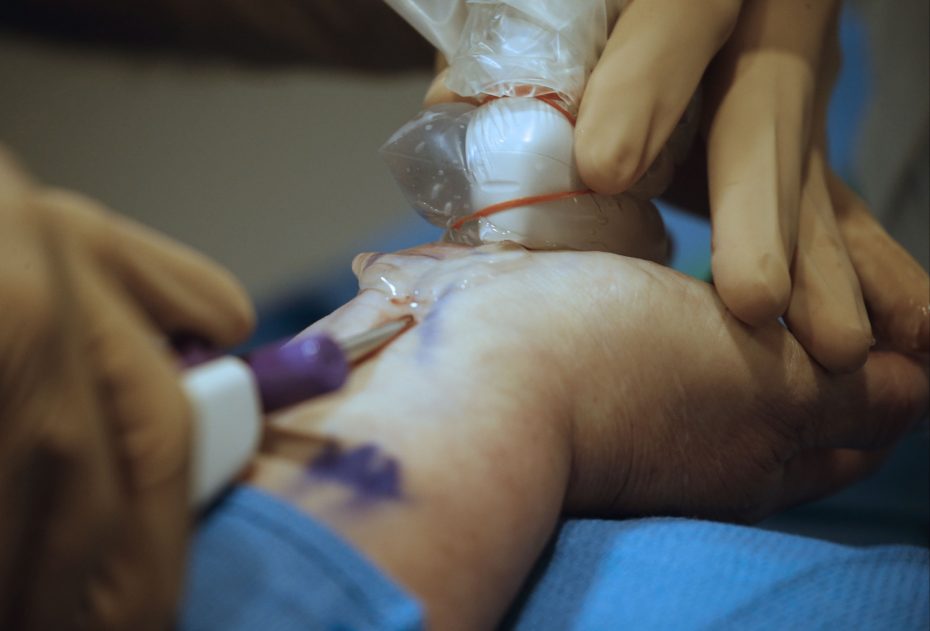 Paterson used to send patients he suspected had carpal tunnel syndrome for a nerve conduction study. Technicians would use needles and electrical current to gauge how the median nerve performed.

“The ultrasound here takes us 30 seconds, and it doesn’t hurt,” the orthopedic surgeon said, “but that’s not really the primary way we determine carpal tunnel. The primary way is your story.”

Numbness and tingling in the arm and hand – particularly the thumb, index and middle finger – “gets you into the 75-80% ballpark range that yes, you have it,” he said. If tapping on the nerve as the hand is held palm up creates tingling in the fingers, that’s another sign. If symptoms are more common at night, when your blood pressure tends to be lower, that’s another big indicator.

Paterson can take your history, conduct his testing and confirm his diagnosis with an ultrasound exam in about a half-hour. If the patient is willing, he will immediately perform the release and relief procedure.

Many of his carpal tunnel patients are referred by their primary care doctors with suspected cases – O’Connell was one of them – but you don’t need a referral to undergo testing and surgery, Paterson said.

An interest in ultrasound guided instrumentation stretches back two decades, but the quality and cost of equipment made it prohibitive. A decade ago, the quality improved but the cost of machines remained high, about $300,000.

“Now there are machines that can do this procedure that cost $25,000,” Paterson said.

General Physician PC is advertising the procedure across the border in Canada for $3,500 for one side or $5,000 for both. Those in the U.S. pay a health insurance copay. For more information, call 500-4263 or visit gppconline.com.

In the long run, this surgery should cost less and save insurance companies – and hopefully patients – money, Paterson said.

“This is something that really does provide a win for everybody.”