On the tree-lined corner of Lexington and Ashland avenues, a blue, metal cow denotes the Farm Shop.

The store's exterior is coated in a homey pale yellow with baby blue trim. A milk jug reads White Cow Dairy, the name of the East Otto farm that sells its goods at this Elmwood Village storefront. Inside, the place is as cute as a button. Grab a silver metal basket and fill it with miniature glass jars of thick, creamy $4 yogurt, milk or premade soups prepared at the farm's kitchen.

Alright, so farm shops are adorable. They're also good for you. Good in a sense of being beneficial to the local economy; good in a literal sense of being physically good, fresh and nutritious for consumption. By shopping directly at a farm store, you're keeping the money in the community.

Over the summer, farmers markets flood parking lots and parks. Farmers haul some of their latest produce, honey, goat soaps and flowers and sell in a consolidated space. But what you can't make it to a farmers market? Head straight to the source. Here are four Buffalo area farm stores that offer you a chance to get the goods directly from the farmers. 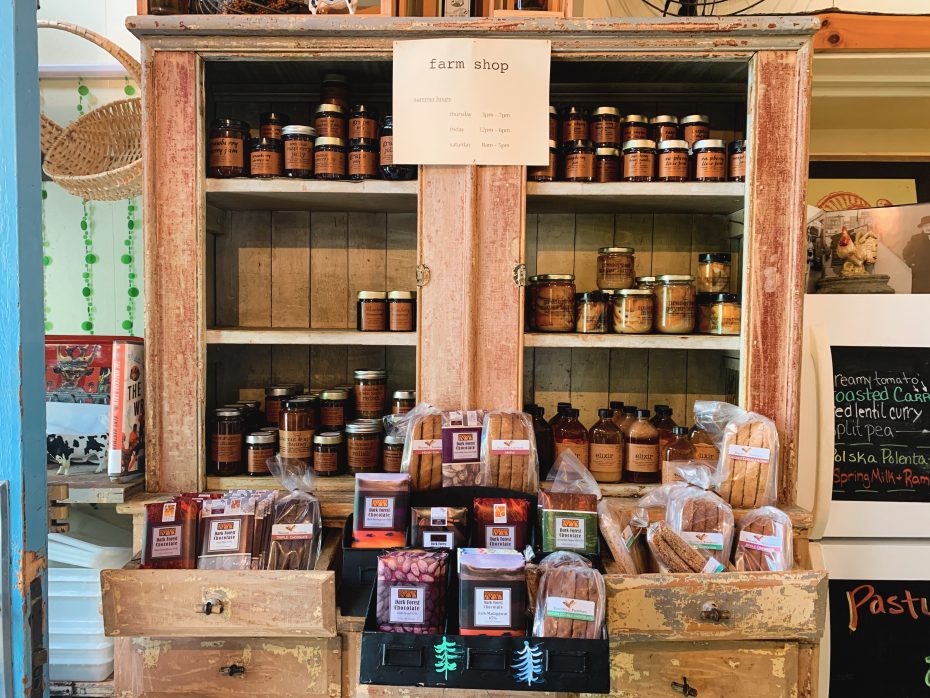 Andrew Z. Galarneau, The News' food editor, occasionally gushes about local culinary specialties. Recently, he waxed poetic about White Cow Dairy's yogurt, which I must say, after digging into a cinneleche flavored creamy yogurt out of one of those pricey jars, deserves the praise. In 2015, three years after Patrick Lango opened his Elmwood Village retail space, Caitlin Hartney wrote about his reasoning. Even though Lango's whole milk, grass-fed dairy products were thriving in famous retail locations such as the well-known Murray's Cheese in New York City, he was "barely breaking even." An all-year-round retail location, such as the farm shop, seemed to be the solution. Now the shop has been open for 7 years. "It became a sneaky place nobody knew about," Lango said.

It's a haul (about an hourlong drive) from his East Otto farm. Naturally, Lango reaches a larger demographic with his Elmwood Village storefront, which apparently sees frequent lines out the door for some of his creative-flavored yogurt, milk, dairy tonics and Butter Block quinoa granola. In addition to dairy products, which are the main attraction, Lango sells homemade jams, seasonings and frozen premade soups. 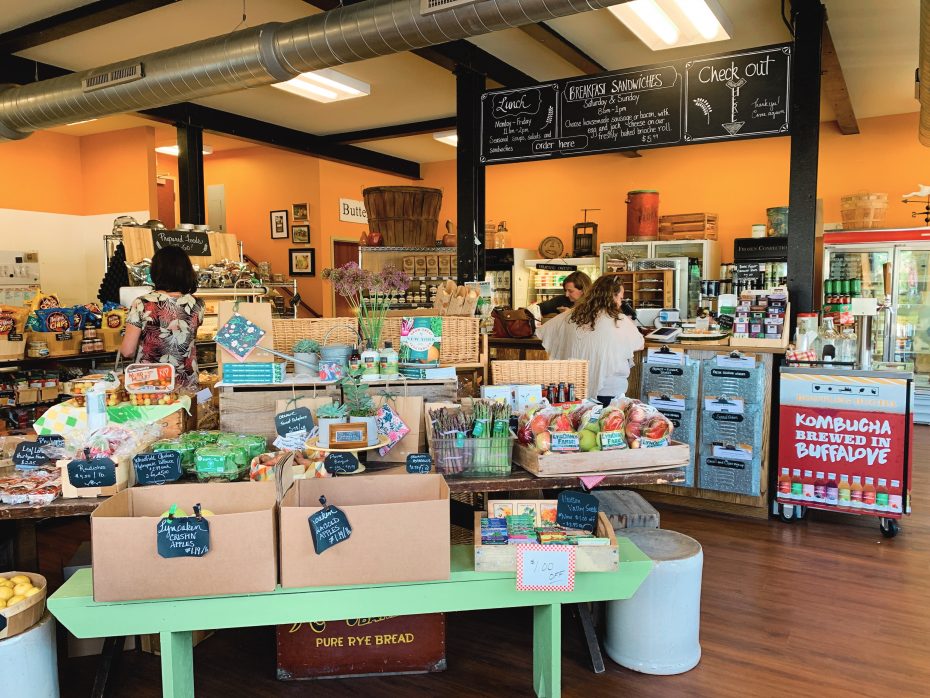 Farmers and Artisans in Snyder sells farm shares and all things local, from produce to jam, to ice cream and kombucha. (Francesca Bond/Buffalo News)

Buy local produce in quantities you're sure you can use from the store shelves. Fresh produce is the first thing you see as you walk in. Local beer, cider and kombucha are to the right. Refrigerators and freezers hold premade meals, meats, dairy and locally made ice cream. Almost all of it is local.

A community supported agriculture or CSA share is a weekly haul of local goods straight from the producer, often varying based on what looks good at the farm. Farmers and Artisans sells CSA shares of local produce, organic and low-spray when possible, available for pickup every week, as well as shares in kombucha, soups, eggs, fresh flowers and milk. 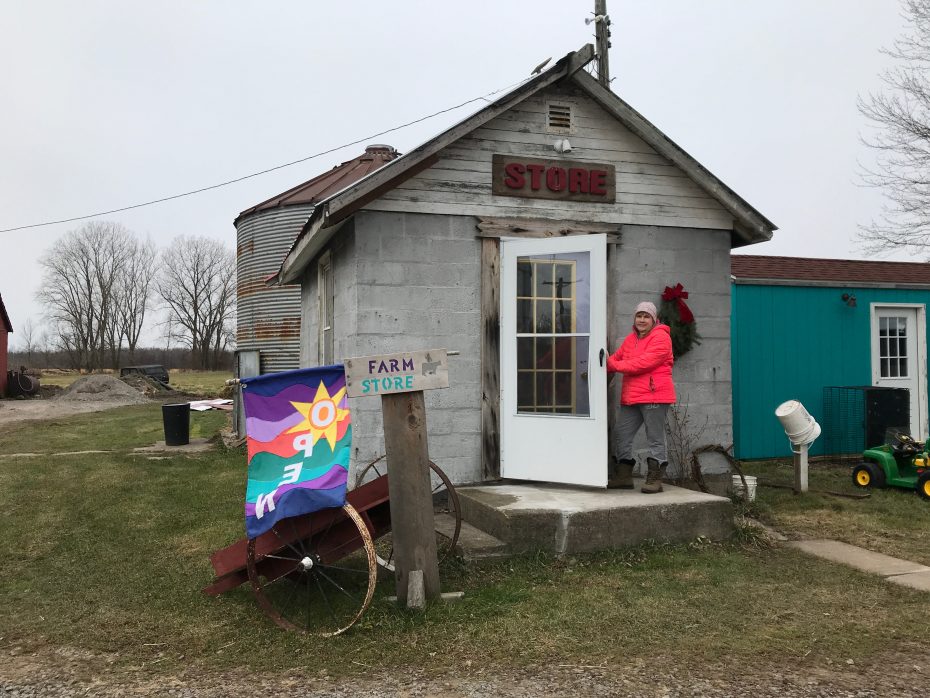 The store at Teacup Farm is self-serve and honor system based. It is open daily from 9 a.m. to 7 p.m. (Caitlin Hartney/Special to The News)

How often do you buy groceries on the honor system? At Teacup Farm, it's cash or check only, which you place in a collection box. Pop in the cement farm store for some low-temperature pasteurized milk (apparently easier to digest than higher pasteurized versions sold most commonly found in grocery stores) or raw milk, both devoid of preservatives or additives.

Raw milk might scare some, but owner Liz Neadow and her family have been making it since 2007. Neadow, a former home school teacher-turned-teacup-dairy-farmer, makes her dairy products – milk, cheese curds, yogurt, butter, feta cheese and chevre – from goats and cows that are part of the family, raised by her children for 4-H.

At Teacup Farm, minimal intervention is key to peerless dairy 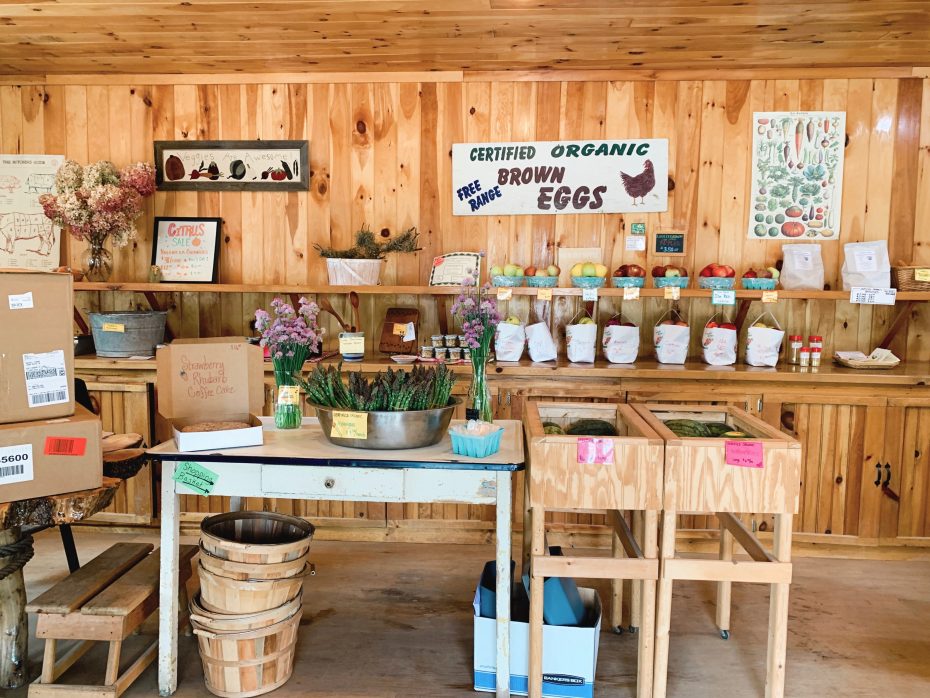 Thorpe's Farm Store in East Aurora is a small cabin off the side of Strykersville Road, surrounded by sprawling farmland. (Francesca Bond/Buffalo News)

Part of the appeal of the city farm stores is just that, proximity, but there's something about heading straight to the source that makes you feel more connected to the ingredients. Thorpe's Farm is a family owned and operated organic farm, nestled on the side of a winding East Aurora road. A sign designed with an overflowing basket of fruit welcomes visitors into the farm's charming cabin of a store, where you will find homegrown organic grains, meats and produce, eggs and maple syrup sold in log cabin-shaped cans.

Fresh-baked pastries, loaves of bread, cookies, hand pies and macarons are some of the goods the on-site bakery makes from scratch using organic ingredients. It is a certified organic farm, free of pesticides and chemical fertilizers. Thorpe's also sells 21-week produce and fruit farm shares. The store is cash or check only.