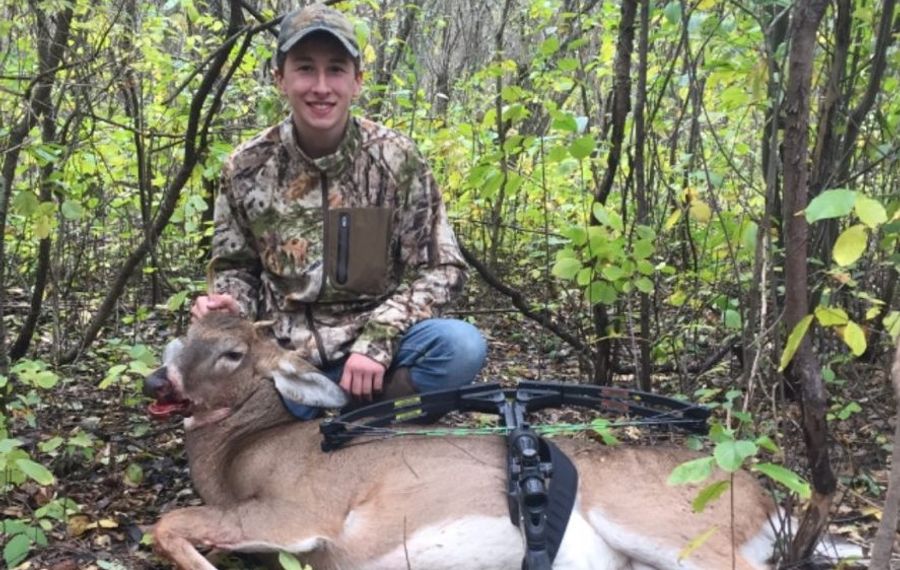 Time is running out for new proposed crossbow legislation. It still needs to make it out of committee as the State Assembly and State Senate move into the last week of sessions before the summer break.

“Last month, Assemblywoman Carrie Woerner (A7627) and Sen. Jen Metzger (S5818) introduced crossbow bills that do not include full inclusion into the state’s archery season, but they offer significant movement toward it,” said Rick McDermott, executive director of the New York Crossbow Coalition.

Currently, crossbows can only be used for the last two weeks of the early archery season in the Southern Zone, the regular season when firearms can be used, and the late archery/muzzleloader season. Many big-game hunters would like to see these management tools a viable option during the entire early archery season. In the Southern Zone, which includes Western New York, the season begins Oct. 1.

The state’s Department of Environmental Conservation recently randomly selected, 10,000 licensed big-game hunters for a recent survey. The response rate was just better than 41 percent. Most respondents who don’t own a crossbow said that they would purchase one if they could use it for the entire big-game bow season.

When asked if they would prefer a crossbow classified under a muzzleloader privilege like it is now, or archery privilege, more than 3-to-1 responded that it should be classified as archery privilege. Most respondents also were in favor of allowing crossbows in archery-only areas, as well as in favor of allowing 12- and 13-year-olds to hunt with a crossbow. All in all, there is increasing support for crossbow use as the issue continues forward and users become educated.

Following the results of the survey, it’s easy to see the direction new proposed legislation was taking. If passed, the new bills would change the privilege from muzzleloader to bowhunting, replace “longbow” with a special “archery” designation in the Environmental Conservation Law (and adding crossbow), allows junior hunters 12 to 15 years of age to hunt with a crossbow (removing the 12 to 13 year old restriction), and allows youth to hunt small game with a crossbow.

In addition, senior hunters age 55 years or older would be able to use a crossbow during the special archery season, authorizes someone physically challenged to use a crossbow during the special season, changes the term “bolt” to “arrow” and removes the 200-pound maximum draw weight and the minimum 17-inch limb restrictions. It also would grant DEC the authority to adopt regulations pertaining to crossbows.

“Presently the bills are sitting in the Environmental Conservation Committees of the Senate and Assembly,” says McDermott. “I am working on addressing more support letters with them. We will have delivered over 4,600 letters to legislators this year as an organization. People can download a letter from our website (www.nycrossbowcoalition.com) and send it to us to be included in the packages we are sending out. If you want to see less restrictions with crossbows, you should also call your legislators and ask for their support of the two bills currently being pushed. Time is of the essence.”

The NYCC has been pushing hard to attract new members and retain current ones, holding fundraisers and rallying members in contacting state lawmakers. Having the numbers is a key component to getting legislation like this passed. By the end of 2018, the membership grew by 20 percent. Already this year, NYCC is up 30 percent in its membership base and growing.

It’s time to employ some common sense here. If crossbows are considered archery equipment, 12- and 13-year-old hunters would be able to use them. Why is that not a good thing, getting more kids in the field pursuing big game? Based on the current definition, you must be 14 to use a crossbow for big game.

Anti-crossbow factions would prefer to dictate what you can and can’t use for big-game hunting, even on your own land.

As hunting numbers continue to decline, it’s time to make the change and allow for expanded crossbow usage.

Ohio has the right idea. Include crossbows with the archery season and let hunters choose what they want to use to take their one buck for the season. Yes, one buck. If you want to use a compound bow, go for it. If you prefer the crossbow, have at it. The Ohio deer season runs from the end of September to the beginning of February. It’s about opportunity.

Legislation continues to be proposed every year in our state to allow for an expansion of crossbow regulations, including the opportunity to use these management tools at the start of the early archery seasons. It would allow DEC to manage the use of crossbows accordingly as archery equipment. This would be great news for physically challenged folks, junior hunters and senior citizens. Warmer weather would certainly be more inviting for those segments of the hunting fraternity. If you agree, contact your elected representatives in Albany.