Sandra Anderson Garcia already knows the tombstone will be beautifully eye-catching. It will be carved from granite of either black or burgundy, and it will carry a rendering of the Jesse Ketchum Medal, one of the great scholastic honors in the Buffalo city schools.

The only question left is choosing the right word as an adjective, a word that she hopes will serve as a kind of sunburst. It will sum up the life of her great-great aunt, Grace Taylor Pendleton, whose achievements should provide timeless inspiration.

“I want it to be something that anyone, a 12-year-old or an 80-year-old, would look at, say 'Yes, there it is,' and understand,” Anderson Garcia said.

She is committed to using “scholar,” but it still needs one other word as full explanation. While Anderson Garcia is leaning toward joining it with the word “triumphant,” she is not sure that does it. Friends have suggested other variations, such as “resilient scholar,” and Anderson Garcia is considering them all.

(If you have a suggestion, feel free to email it to skirst@buffnews.com, or send it in my care at The Buffalo News, One News Plaza, 14240, and I will pass your idea along to Anderson Garcia.)

The gravestone is expected to be installed later this year. In 1884, Pendleton — who never had children — became the first African American teenager to graduate from Buffalo's old Central High School, at a time shortly after the law was finally changed to allow the integration of the city schools. 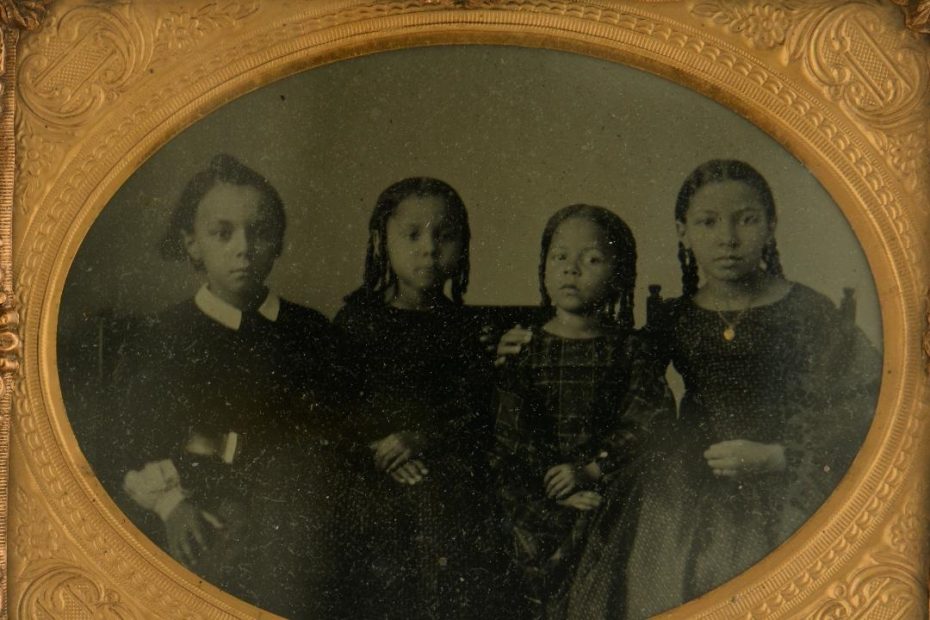 While breaking those barriers was significant in itself, Pendleton did it with emphasis. She quickly became the finest student in the high school. She earned the Jesse Ketchum Medal, a symbol of academic excellence based at the time on the best academic average in each school throughout the city, an award named for a 19th century Buffalo philanthropist with a deep belief in public education.

After Pendleton's death at 81 in 1945, she was buried in an unmarked grave at Ridge Lawn Cemetery in Cheektowaga, now part of the Mount Calvary complex. That situation was brought to light this year through a detailed article in Western New York Heritage magazine by Bill Greco, who serves as historian for the Ketchum Memorial Fund committee that oversees the medals.

Greco managed to find a rare photo of Pendleton through Daisy Estelle Anderson, 97, the widow of a great-nephew. His work touched off a campaign to install a gravestone spearheaded by Ellen Grant, president of the memorial fund, and Barbara Seals Nevergold, a community historian and former president of the Buffalo Board of Education.

Phil Rumore, president of the Buffalo Teachers Federation, said the union would donate $5,000 to install stones for both Pendleton and Ida Dora Fairbush, the first African American to teach in an integrated school in Buffalo. Her unmarked grave is only a few steps from Pendleton’s. 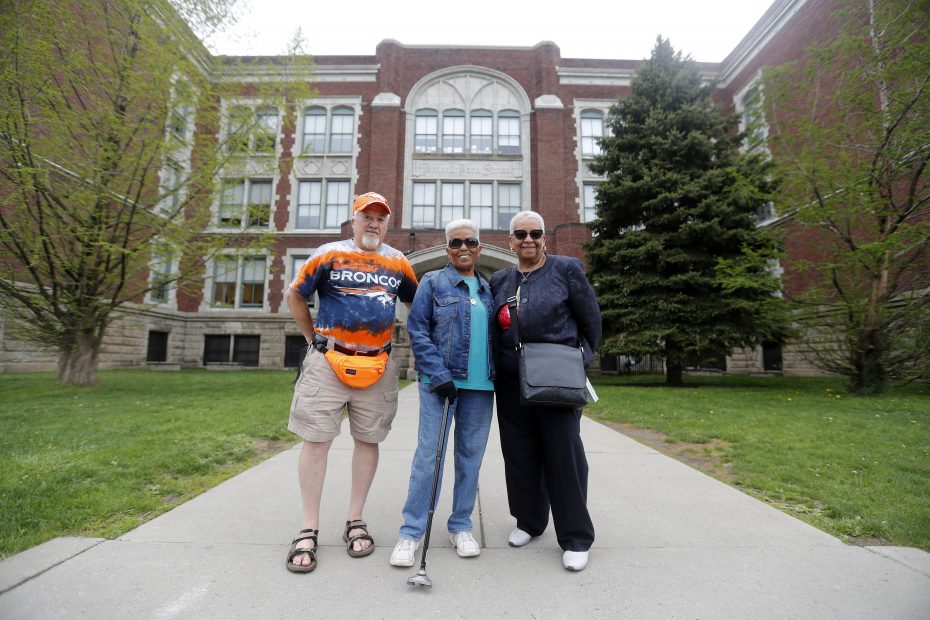 In a rare twist, that money is not necessary. Jeff Reed, president of the Mount Calvary Cemetery Group, said his organization oversees a heritage foundation willing to cover the costs for both stones. “It’s the right thing to do, and it’s an honor to be involved,” Reed said.

As for Rumore, he said the union donation remains available for a separate monument in the city, or for any scholarships honoring the two women.

“This is something that should resonate,” said Rumore, who emphasized that Pendleton and Fairbush remain intensely topical as models of courage in the face of crushing obstacles, as examples of profound and lasting importance to children.

The only remaining question, then, is the two-word message, though Anderson Garcia knows exactly what she wants to get across.

During a visit last month to Buffalo for a reunion of Gering family descendants — a lineage going directly to Grace Taylor Pendleton’s German-born mother — Anderson Garcia joined Nevergold and Buff Gering in visiting the Bennett Park Montessori School 32 on Clinton Street, a landmark of deep meaning within the city’s African American community.

Pendleton attended the original School 32, in the 1870s. Anderson Garcia’s mother, Thelma, earned a Jesse Ketchum Medal in the building, as did Anderson Garcia, decades later. She vividly recalls pulling off her boots in a cloakroom on snowy days, and dodgeball games where she feared the ball would remove her head, and a “wiry little lady” named Miss Vochel, a teacher who ran an especially disciplined classroom.

Above all else, the school caused her to think about her mother.

In a digital era too often ruled by cruelty and insults, Anderson Garcia spoke of Thelma Anderson's warmth, of the way she took pains to listen and fully see another person.

Thelma also understood the gateway power of education. “She used to give us a dime for every ‘A’ and a nickel for every ‘B,’ ” Anderson Garcia said, speaking of an era when most opportunities were blocked off to black Americans, when her parents saw scholastic achievement as the one slender hope.

Money was always tight. Her dad, James Edwards Anderson, was a skilled jazz musician, and her parents made sure reading was a part of daily life. The couple taught their children to see a world much larger than Buffalo, and in August 1954 they all left on a cross-country drive to Stanford University, in California, where Sandra's older brother and sister were students.

In Nebraska, the family was in a catastrophic accident. Anderson Garcia’s mother was killed. The tragedy had one overwhelming effect upon her daughter.

“It transformed me into this driven madwoman,” Anderson Garcia said. Everything she did, she did as a way of honoring her mother. She earned a doctorate in psychology and a law degree. She ran 18 marathons. She worked for a time in Israel, went for a run on the Great Wall of China and climbed Kilimanjaro, in Tanzania, with her son Robert. 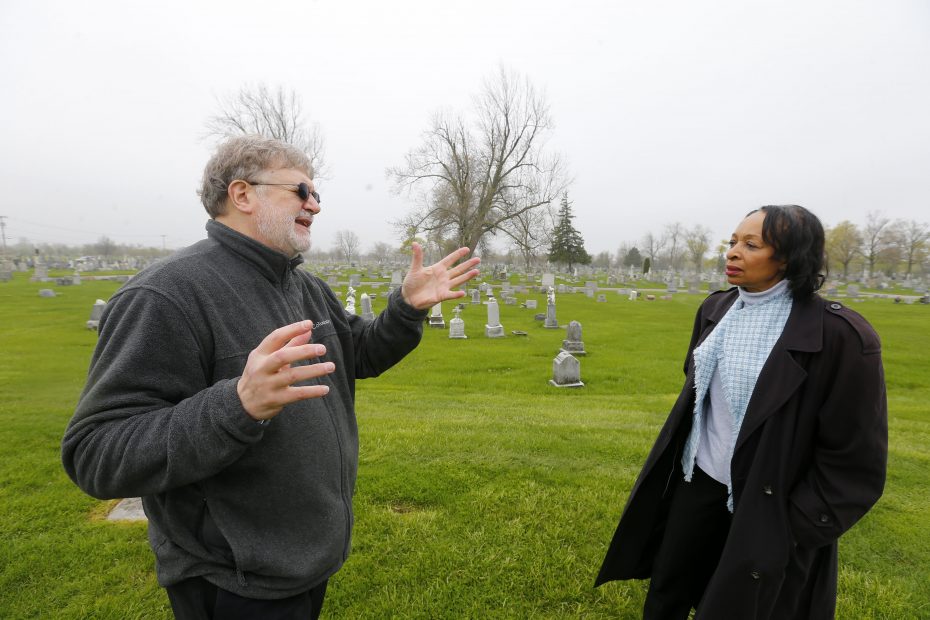 Only now, as a 79-year-old professor emeritus from the University of South Florida, is she allowing herself a breath and some perspective. While she copes with multiple sclerosis, she looks back on a family history that leads to her great-great-great-grandfather, Dr. Benjamin Taylor, an African American physician who battled against a city law in Buffalo that mandated segregated schools.

Taylor's daughter Grace did not simply cross that threshold; she emerged as the top-performing student in the city. As a young woman, in a world where few professional options existed for women of color, Pendleton became a piano teacher and the organist at St. Philip's Episcopal Church, even as two of her sisters died from diphtheria.

"I think now," Anderson Garcia said, "I can relate to her."

Her dream is creating a scholarship for city children, inspired by that family story. Anderson Garcia is also searching for exactly the right words for the tombstone, words that somehow capture building a life of honor when you have 1,000 reasons to give up.

Whatever they are, those words will suit both Grace Taylor Pendleton and her great-great-niece.