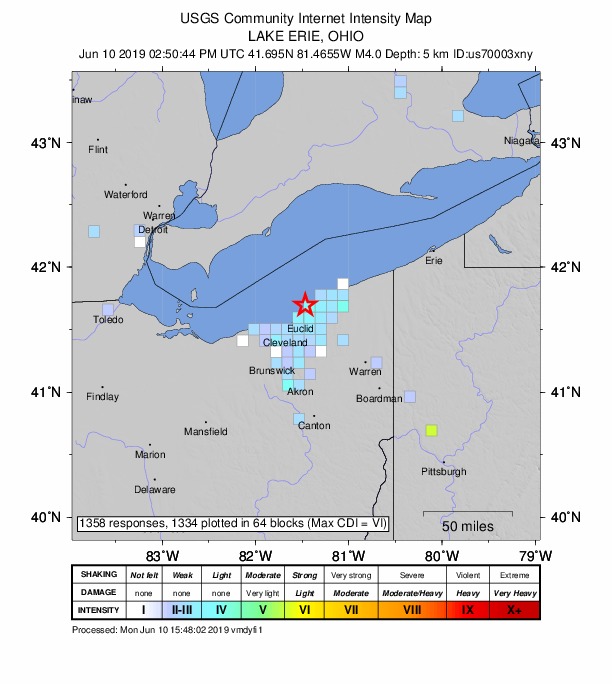 Reports of "light shaking" were received across northeastern Ohio this morning. (USGS)

Reports were still coming in to the U.S. Geological Survey's offices from northeastern Ohio, where a magnitude 4.0 earthquake was reported this morning.

Data shows the epicenter of the quake was about 2.5 miles northwest of Eastlake, Ohio. It occurred at 10:50 a.m. "Light shaking" was reported in Cleveland, Akron and near Canton, Ohio, the USGS data showed. Reports were still coming in to the federal agency late this morning.

The epicenter was reported to be about 3 miles below the surface.

Minor earthquakes across the Great Lakes region aren't unheard of, although today's was one of the stronger tremors. Almost two years ago, a 1.9-magnitude quake affected Niagara County near Newfane.